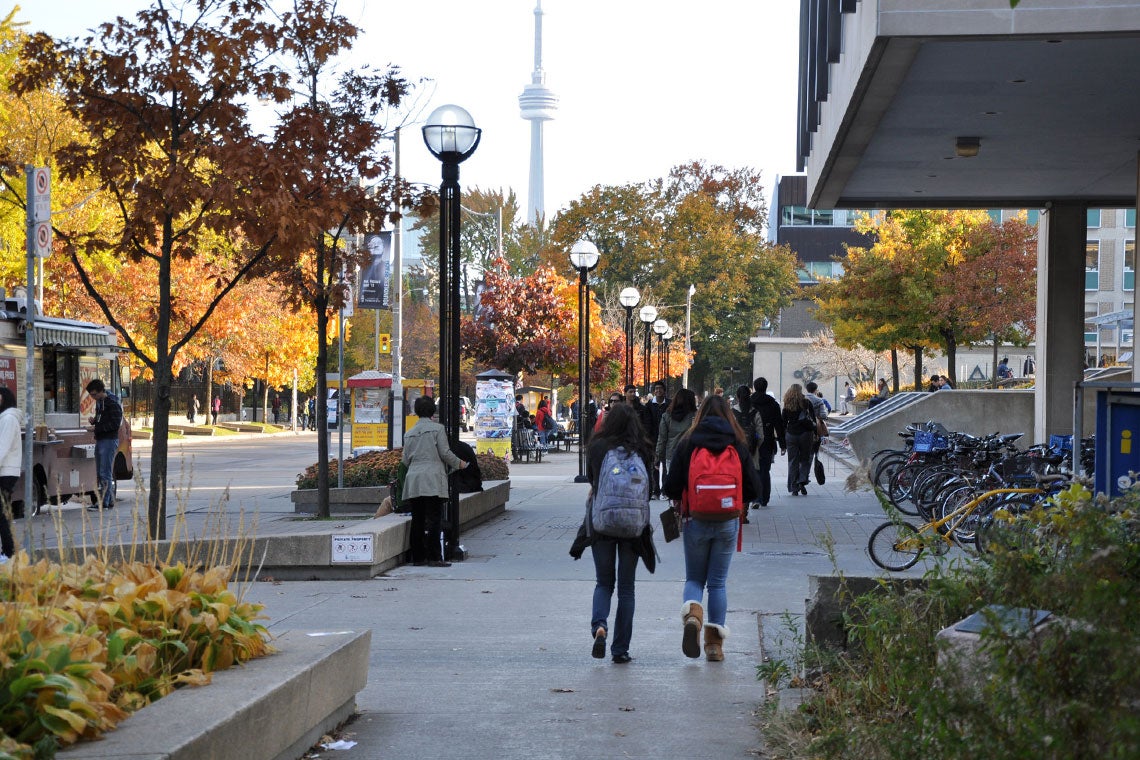 Over 20,000 U of T students responded to a survey on sexual violence (photo by Diana Tyszko)

The University of Toronto says it remains committed to providing students with a safe and supportive campus, following the results of a voluntary survey administered by the Ontario government on post-secondary student attitudes and experiences related to sexual violence.

“The results we have received today show that our students are experiencing sexual violence and that there are areas where we have some work to do,” said Sandy Welsh, U of T's vice-provost, students. "We really do want to create the best learning environments that are possible. We want to work with our students and our student groups to continue to come up with solutions and to help us improve our services."

The Student Voices on Sexual Violence survey was conducted between February and March of 2018 and received more than 160,000 responses from college and university students across the province – including over 20,000 U of T students.

A summary of the report was released today by the Ontario Ministry of Training, Colleges and Universities. It provides insight into students’ understanding of concepts like consent, awareness of sexual violence support and services available, and satisfaction with their academic institution’s response to incidents of sexual violence. It also reports on student experiences of sexual violence.

“I am grateful for all of the university students who took the time to participate in this survey,” said Welsh. “We will use this information to make sure we understand the experiences of our students  and are able to target and understand the areas where we need to do more work.”

Some key results of the survey include the following:

At U of T, the tri-campus Sexual Violence Prevention & Support Centre provides students, faculty and staff on all three campuses with support and guidance related to sexual violence and resources that can help to educate people on sexual violence prevention and awareness.

“Our centre is here and available to anyone who may be affected by sexual violence," said Angela Treglia, director of the Sexual Violence Prevention & Support Centre. "We want people to know they are not alone and that they have a place to go. We know that it is important for people who have been affected by sexual violence to feel like they have a safe and confidential space where they can go and learn about their options and that's the type of space we're committed to providing to our community."

The centre, which was established in 2017 in response to the university’s Action Plan on Preventing and Responding to Sexual Violence, offers confidential support for the U of T community, including assistance with the reporting of sexual violence incidents, referrals to services on and off campus, help with academic accommodations, and guidance for individuals who have received a disclosure related to sexual violence.

While navigating the university can be daunting, Treglia said the centre's website is designed so that those in need of support have a simple pathway for finding the help they need.

The centre also offers interactive workshops on topics that include building a culture of consent and online resources to help people play an active role in preventing sexual violence. To date, the centre has hosted 200 workshops and training sessions for over 8,000 students, staff and faculty.

“The centre works collaboratively with divisions and departments across the university to address sexual violence on our campus and to build a culture of consent, so we know it's a shared responsibility,” Treglia said.

Today’s announcement by the Ontario government included an action plan to address sexual violence in postsecondary institutions. Merrilee Fullerton, minister of training, colleges and universities, who called the results of the survey “heartbreaking and disturbing,” said the government will be doubling its Women's Campus Safety Grant for 2018-2019 to assist universities with their prevention strategies.

"We welcome that the province is recognizing the need to provide additional support for us in terms of the work we've been doing and the work we need to continue to do," said Welsh, who is also a member of the Council of Ontario Universities' reference group on sexual violence.

The government also said it is requiring public universities and colleges to report progress to their boards regarding measures related to supporting students who have experienced sexual violence and is expecting the institutions to review their sexual violence policies by September. Each public college and university in the province will be required to create a task force that is representative of each institution's diverse student population in order to tackle sexual violence on campus.

"The survey is really just one part of our work on sexual violence," said Welsh. "What the ministry has put forward is in line with what evidence suggests in terms of the need for us to use the data to bring together students, experts on campus, and administrators dealing with these issues to hold ourselves accountable and to make sure we're finding those initiatives that are going to help us do better at preventing sexual violence on our campuses."