We must never give up on abolishing nuclear weapons, says U of T's John Polanyi in the Globe and Mail 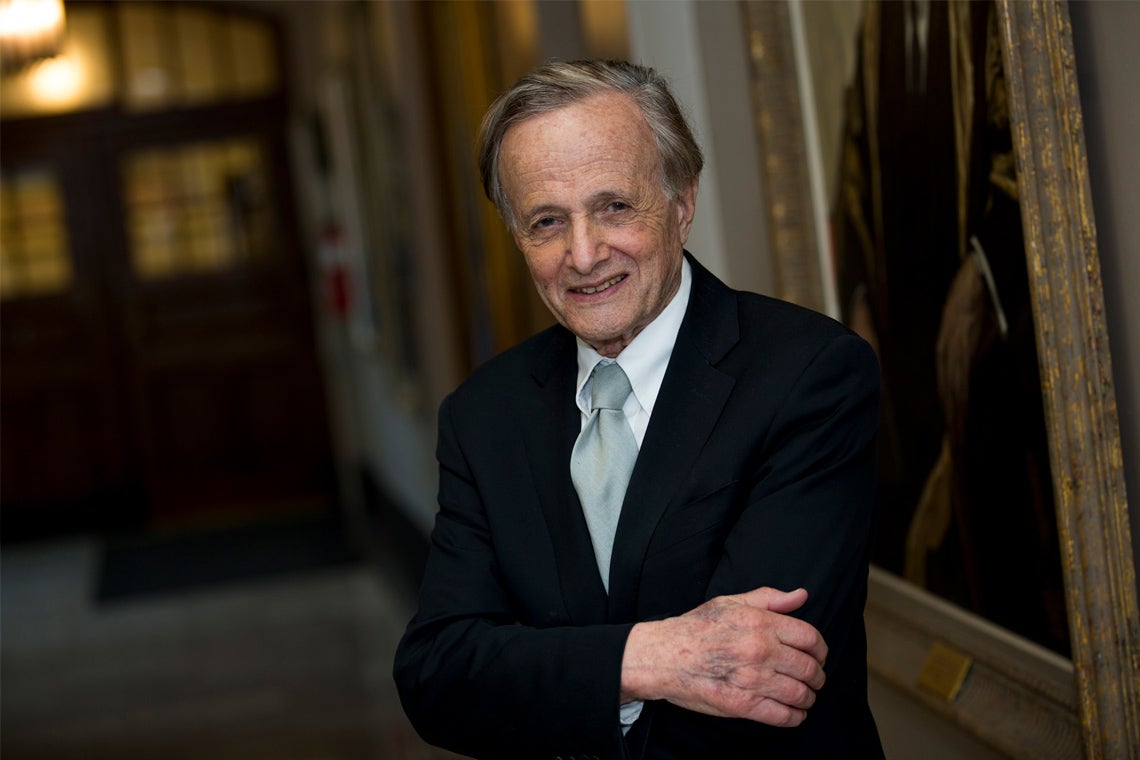 Allied planes dropped atomic bombs on Hiroshima and Nagasaki in 1945 – the first and only use of nuclear weapons in war.

In adapted remarks published in the Globe and Mail, John Polanyi, University Professor of chemistry at the University of Toronto and a Nobel Laureate, writes that we must find a way to ensure that the abolishment of nuclear weapons is permanent.

“For a while, alarm at the consequences of nuclear war was widespread,” said Polanyi, who has written exensively about military weapons and peacekeeping. “It led to international disarmament agreements; few remain today. Instead we now rely on people’s raised voices, among them those of scientists.”

Polanyi told the story of British politician William Wilberforce, who, despite being mocked by his colleagues, fought for the abolishment of slavery in the late 1700s. In 1807, the slave trade was finally put to an end.

Today, Polanyi says people like Setsuko Thurlow, who survived the Hiroshima attack at 13-years-old and dedicated her life to anti-nuclear activism, “offer the world a contemporary Abolition Bill, in which nations forswear the use of nuclear weapons” – a reference to the work of the International Campaign to Abolish Nuclear Weapons in helping to establish the United Nations’ Treaty on the Prohibition of Nuclear Weapons.

Thurlow, a U of T alumna, this week recieved an honorary degree from the university. Polanyi spoke at a U of T event that recognized her tireless efforts.

Read John Polanyi’s remarks in the Globe and Mail

Here is the full text of Polanyi’s remarks:

It is always an occasion when our university bestows an honorary degree, though not always, as today, an historic occasion.

The world changed on the morning of Aug. 6, 1945, when the first atomic bomb exploded over Hiroshima, to be followed by a second over Nagasaki. This constituted the first use, in all of history, of nuclear weapons in war.

Setsuko Thurlow, a 13-year-old school girl, was in Hiroshima that morning, close to where the bomb landed. It is a miracle that she is with us today.

Three-quarters of a century later, the bombings of Hiroshima and Nagasaki remain the first and only uses of nuclear weapons in war. Along with Setsuko, we must ask ourselves what we can do to make it the last.

Since then, nuclear weapons have become a thousand times more destructive, more numerous, more varied and – this is horrible to relate – more accepted.

For a while, alarm at the consequences of nuclear war was widespread. It led to international disarmament agreements; few remain today. Instead we now rely on people’s raised voices, among them those of scientists.

At 13, Setsuko had the instincts of a scientist. Finding herself propelled into a nightmare world, she held back her tears. Instead she chose to observe and draw conclusions. She devoted herself to ending the danger. We honour her for that.

We take heart from the success of earlier great movements of reform. For 20 years, starting in the 1780s, William Wilberforce urged Britain’s House of Commons to enact a ban on the slave trade. His fellow MPs mocked him – but he persisted. “Posterity,” he said, “will scarce believe there existed ... such a disgrace and dishonour to this country.”

Bill after bill to end the slave trade was roundly defeated, but ultimately, reason and compassion prevailed. On Feb. 23, 1807, the Abolition Bill was carried by 283 votes to 16. William Wilberforce watched from his seat in the House of Commons, his face streaming with tears.

Today, Setsuko and her friends offer the world a contemporary Abolition Bill, in which nations forswear the use of nuclear weapons. Once again, this seems to be an impossible goal. But to think so would be to give up on humanity.

Setsuko and her companions in the International Campaign to Abolish Nuclear Weapons haven’t given up. They serve as an inspiration to us all.