Want to reduce your carbon footprint? Build a smaller house with no basement: U of T study 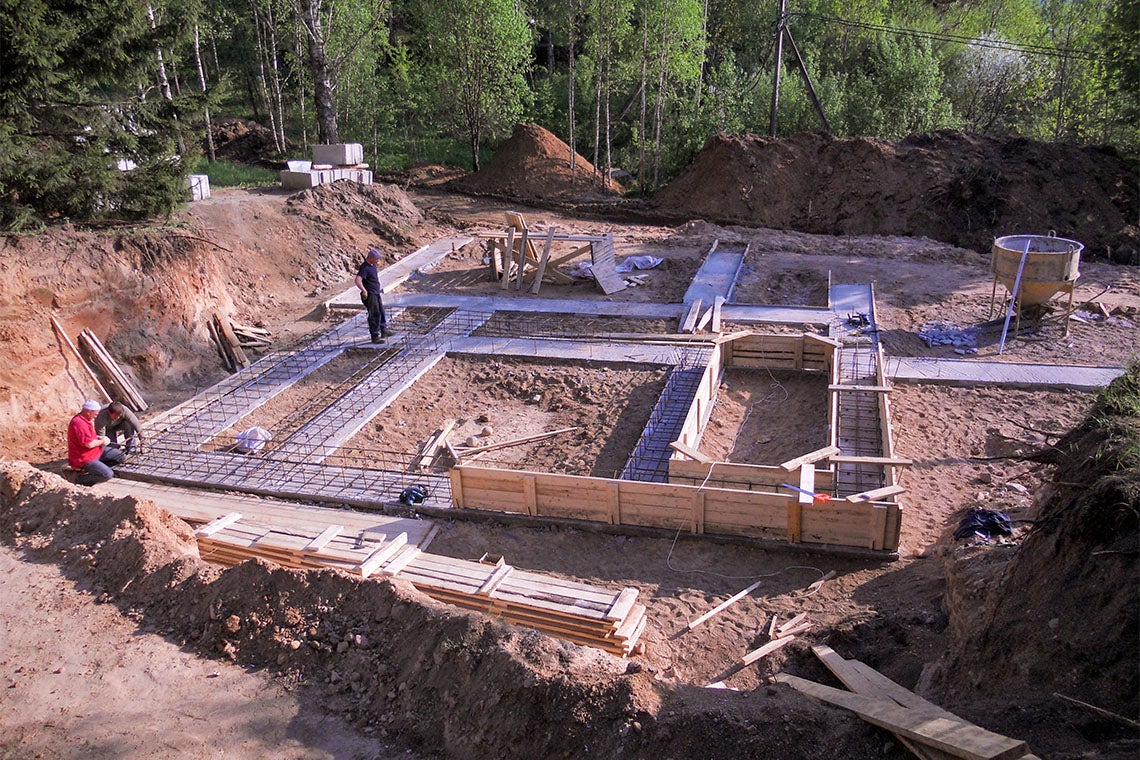 A team of researchers in the University of Toronto's Faculty of Applied Science & Engineering has some practical advice for developers, homeowners and urban planners who want to reduce their environmental impact.

“Simply put, you should build as small as you can for what you need and, if possible, you should avoid having a basement,” says Shoshanna Saxe, an assistant professor in the department of civil and mineral engineering, senior author of a paper recently published in Resources, Conservation and Recycling.

Saxe and her team are experts in life cycle analysis, a way of accounting for the environmental impact of new infrastructure. According to the Global Alliance for Buildings and Construction, buildings accounted for 38 per cent of global carbon emissions in 2020, compared with only 23 per cent from the transportation industry. This includes emissions produced during construction as well as operation, including natural gas heating or coal-powered electricity.

“In downtown Toronto there are a lot of new condominiums going up, but if you look almost anywhere else, you’ll see that mostly what we’re building these days are single-family homes,” says Saxe. “That form is inherently challenging when it comes to carbon emissions, and it’s made more so by the fact that we’re building much bigger houses than we used to.”

To analyze how newly constructed houses fare when it comes to environmental impact, Saxe and her team made use of publicly available data from the City of Toronto’s Committee of Adjustment. They were able to access detailed plans for 40 single-family homes to be built this year and next.

After extracting data on what materials were being used, how much and for which parts of the building, the team was able to calculate “material intensity” – a measure of how many kilograms of material are consumed either per square metre, per bedroom or per building. This, in turn, provides a useful proxy for greenhouse gas emissions due to construction.

In general, larger houses had a higher material intensity than smaller ones. This was true even when the researchers looked at material intensity on a per bedroom basis, as a proxy for how many people will live in the house. Because the bedrooms in large houses were proportionally larger, they used even more material than bedrooms in small houses.

But the real surprise came when the team looked at how much of the overall material intensity could be attributed to various components of the building: For example, how wood-framed walls compared with brick façades.

“What we found was that concrete basements were by far the largest driver of material use, accounting for an average of 56 per cent of the total material intensity,” says Aldrick Arceo, a PhD candidate in the department of civil and mineral engineering and lead author of the study.

“In terms of greenhouse gas emissions, the picture gets even worse, because concrete is carbon-intensive – a lot of emissions get created during its manufacture. This is in contrast to other materials such as wood, which is theoretically carbon neutral.”

Another driving factor is that basements are a lot bigger in new homes than in older ones. This is partly due to a desire for more space and partly to zoning requirements, which sometimes limit how much of the house can be above ground.

“In a lot of areas, taller buildings are prohibited, as are buildings that come too close to the edge of the property,” says Arceo. “These kinds of rules incentivize underground construction. Basements are no longer just the foundation, they are designed to be part of the living space.”

The team hopes that by improving estimates of the underlying material intensity, they can help create more accurate life cycle analysis models.

More importantly, they hope that, in the short terms, their findings will help engineers and developers design greener buildings and encourage urban planning policies that support them.

“The vast majority of the conversation about sustainable houses right now is about gadgets and technology,” says Saxe. “People want to put solar panels on the roof, or point out how they are using better insulation. Those are great, but it’s also really important to think about how much of a difference you can make by building something that is reasonably sized, using a reasonable amount of material.”