A view to the world: Globe and Mail editor Angela Murphy got her start at U of T 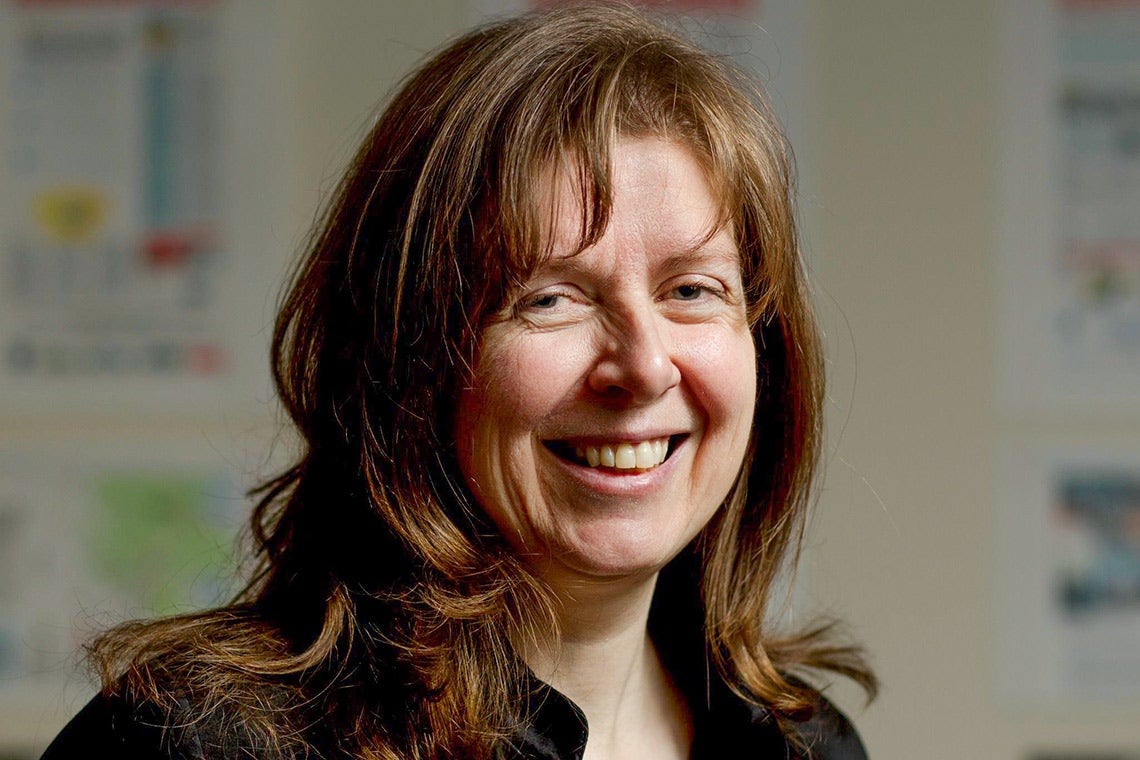 (photo courtesy of the Globe and Mail)

Angela Murphy, foreign editor for the Globe and Mail, credits her education at University of Toronto's Faculty of Arts & Science with giving her the tools to better understand the world she covers every day as a journalist.

Murphy earned her bachelor of arts degree at U of T in 1986 as a member of Victoria College, with a double major in English literature and political science. She says both programs prepared her for her future career, whether it was learning about Canada's place on the world stage or analyzing the historical roots of famous fiction.

"When you’re a journalist, it's so important to know history,” Murphy says. “You need context for today’s current events, and studying the arts informs our humanity – it’s the universal glue that holds us together as a civilization, and I wouldn't trade that experience for anything.”

Murphy got her first taste of journalism as a reporter with the newspaper, U of T’s independent campus publication, where she reported on university politics and governance and also learned typesetting.

“I met lots of people and I learned how to produce story ideas on the fly," she says. "Student newspapers are a wonderful place to hone your skills.”

John Kirton, a professor in the department of political science, taught Murphy during her undergraduate years and remembers her as a standout student.

“She was a great communicator and could always convey the essence of not just the facts, but the worldview of the intended listener,” recalls Kirton. “She was very engaging and the kind of student who you knew would succeed.”

Murphy's experience at U of T inspired her to earn a master’s degree in journalism from Western University after graduation. Following a stint at the St. Catharine’s Standard, she forged a successful career as a copy editor with the National Post and then as a city editor for the Globe, overseeing coverage of the late Rob Ford’s chaotic term as mayor of Toronto.

Then, as special projects editor, Murphy was part of an investigation into missing and murdered Indigenous women, holding federal politicians accountable for promises to reconcile a dark chapter of Canadian history.

“That’s the reason I do this job,” she says. “It’s so satisfying when you get to dig deep into something and you hope you’re going to get some government action.”

Next, Murphy set her sights on international headlines as the Globe’s foreign editor, coordinating coverage for three U.S. elections, the COVID-19 pandemic and the Russian invasion of Ukraine, among other major global stories.

In her role, Murphy still gives back to U of T. Each year she grants media accreditation to several U of T students travelling to the G7 and G20 summits with Kirton’s research groups.

As foreign editor, Murphy oversees reporters in bureaus around the world from Washington to Kyiv, but she never forgets her roots, stressing the importance of keeping local news alive for Canadians from coast to coast to coast.

“It’s essential to hold local politicians and authorities to account and if that ever stops happening, I think we’re all in trouble,” she says.

While years of covering big stories with international implications can take a toll, Murphy says she still craves the adrenaline that comes with working in the news business.

“Many journalists wear themselves out because they love what they do, but to me, this work always feels so important – and that’s very rewarding,” she says.

Murphy hopes other U of T students and alumni will find that same passion. She says those seeking a career in journalism shouldn’t be discouraged by shuttered newsrooms and dwindling advertising dollars – there are still plenty of opportunities to do meaningful work.

“Traditional media is going through a tough time, but there are still so many opportunities to do journalism in non-traditional places," she notes. "It’s an honourable profession and a worthwhile pursuit.”