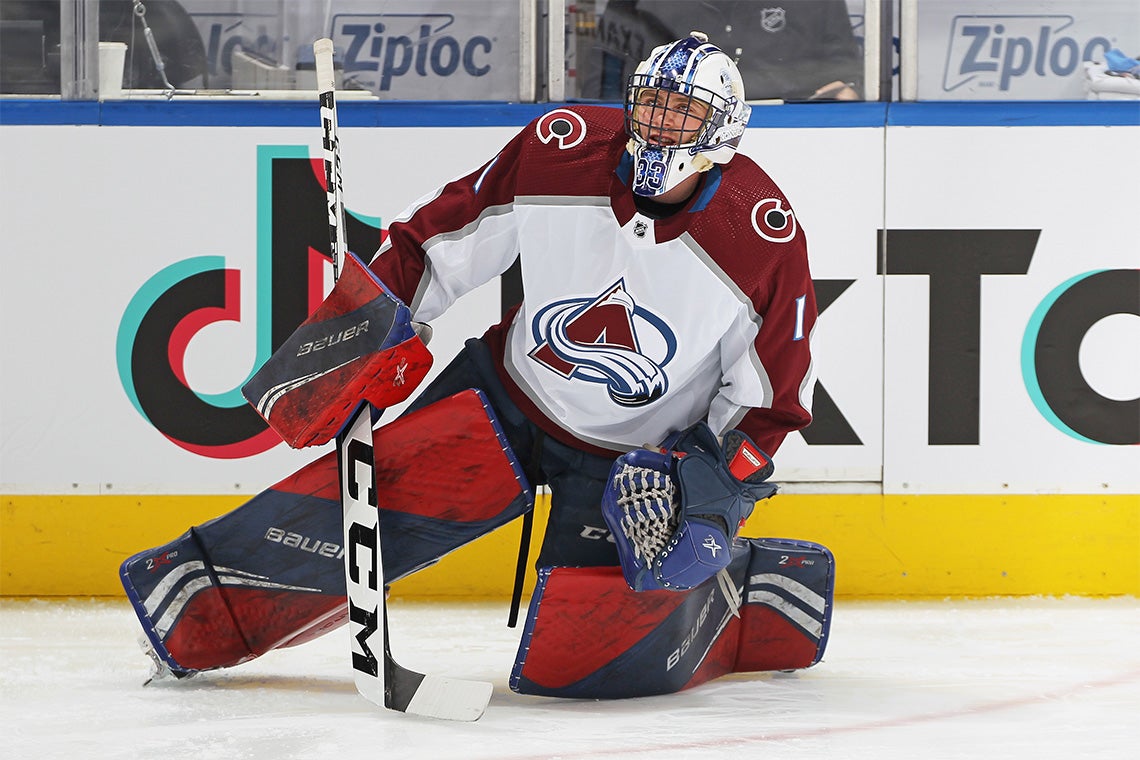 U of T student Jett Alexander, who served as a back-up goalie for the Colorado Avalanche, stretches during the warm-up prior to action against the Toronto Maple Leafs at Scotiabank Arena (photo by Claus Andersen via Getty Images)

The University of Toronto’s Jett Alexander marked an exciting milestone this week.

The Varsity Blues goaltender and second-year student in the Faculty of Arts & Science served as the emergency backup goalie to the Colorado Avalanche’s Jonas Johansson – the second time in two months a Varsity Blues goalie has been called on by the NHL.

The 22-year-old was added to the lineup last minute after an upper-body injury sidelined goalie Darcy Kuemper. In a game against the Toronto Maple Leafs at Scotiabank Arena, Johansson was called on to start with Alexander as his emergency backup goalie.

Alexander joined U of T last season and shares the net with Varsity Blues goalie Alex Bishop, who practised and served as the Leafs’ backup goalie in October.

Read more at The Hockey News