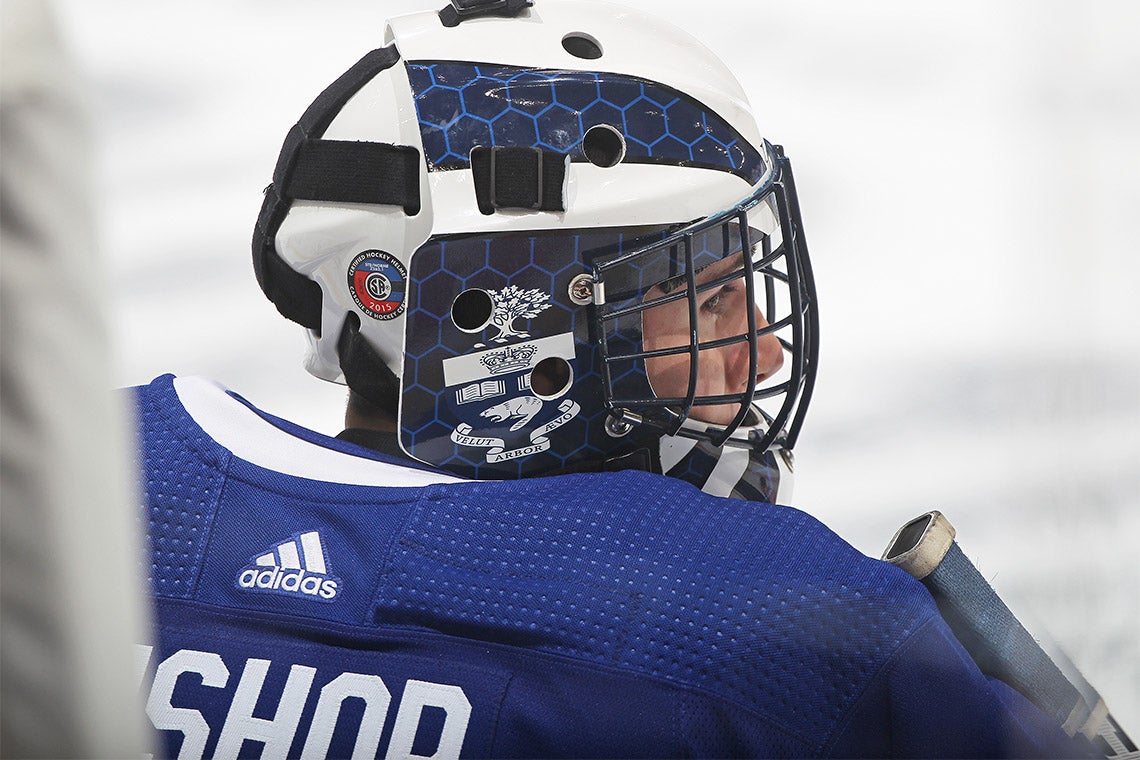 Until this weekend, Alex Bishop's mind was on his upcoming midterms this week.

But on Saturday, the third-year Rotman Commerce student and goalie with the University of Toronto’s Varsity Blues got an unexpected call: to serve as an emergency backup to the Toronto Maple Leafs' Jack Campbell.

The 24-year-old signed an amateur tryout contract with his favourite hockey team and faced shots from star player Auston Matthews during the morning skate. While Bishop was not called on to play against the Ottawa Senators, he told reporters it was a memorable night.

“It was pretty surreal,” Bishop said. “You never really notice the flash of the cameras until you get out there. It’s pretty distracting, but it was cool.”