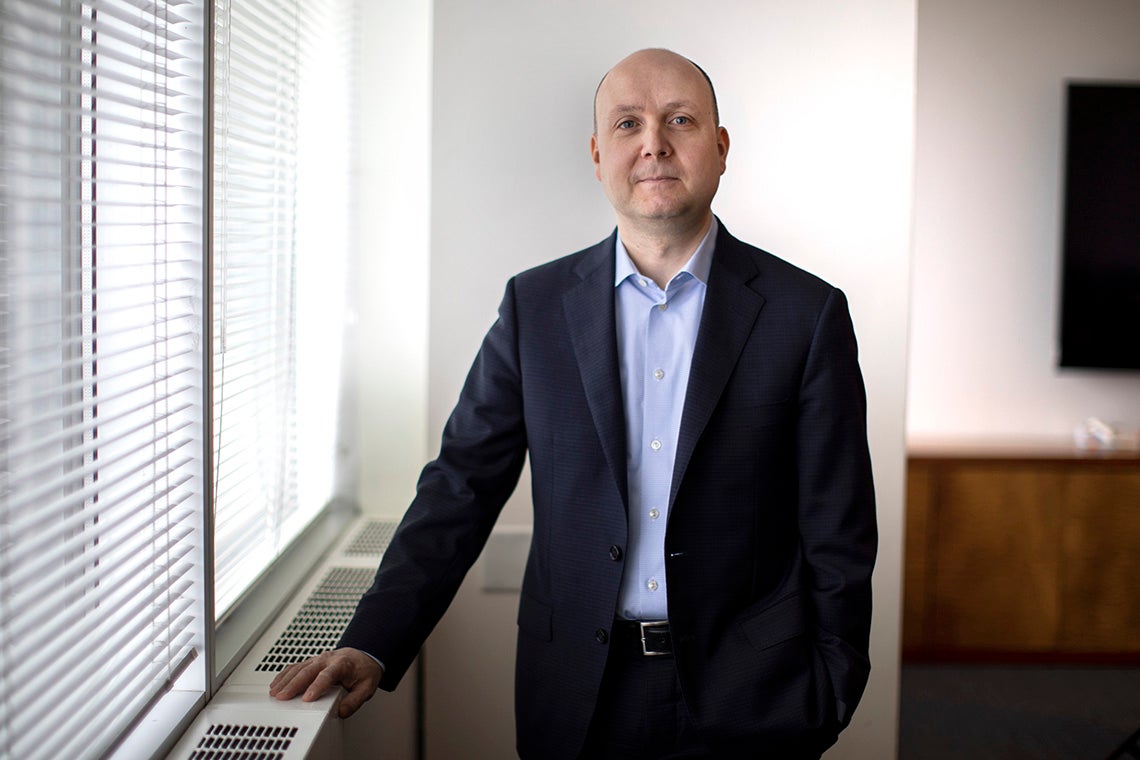 The University of Toronto Asset Management Corp., which manages $10 billion in pension, endowment and other assets on behalf of the university, made significant progress last year in further integrating responsible investing practices into its operations.

U of T’s stand-alone investing body, known as UTAM, said in its third annual Responsible Investing Report that it is becoming a leader when it comes to incorporating environmental, social and governance (ESG) factors into long-term investment strategies.

Over the past year, for example, UTAM received top marks for its responsible investing approach from the United Nations-backed Principles for Responsible Investing (PRI) organization, released its first-ever carbon footprint report and joined initiatives focused on climate change and representation of women in business.

Established in 2000, UTAM’s mandate is to oversee the investment of U of T’s financial assets in a manner that generates the best possible returns while respecting the university’s risk tolerance and policies. Rather than buying and selling stocks and bonds itself, UTAM typically uses a “manager of managers” approach by carefully selecting portfolio managers to invest on its behalf.

Smith noted that, over the past several years, UTAM has worked with the University of Toronto leadership to strengthen and formalize a shared commitment to responsible investing. The university’s comprehensive approach was outlined in U of T President Meric Gertler’s report “Beyond Divestment: Taking Decisive Action on Climate Change.”

Responsible Investing/ESG is now one of several lenses UTAM uses to evaluate managers. “Our view is that if there’s a material environmental, social or governance concern with respect to a company in a manager’s portfolio who says that they do deep fundamental research, then they should be aware of these issues and take them into account in their analysis,” Smith said.

UTAM’s commitment to responsible investment goes beyond its manager selection process. Last year, it released its first-ever carbon footprint report in an effort to track greenhouse gas emissions associated with its investments. It also signed on to the 2018 Global Investor Statement to Governments on Climate Change, which calls on G7 and G20 countries to take urgent steps to adhere to the Paris Agreement on climate change.

On the social responsibility front, Smith became a member of 30% Club Canada in 2018, a group that strives to boost the proportion of women in senior business roles.

While Smith noted that UTAM is pleased with its progress, he stressed that its evolution in responsible investing is still ongoing.

“This is a journey for us,” he said, “and while we think we’ve been able to accomplish a fair bit in a relatively short period of time, there’s always more that we can do.”

UTAM’s efforts to promote responsible investing came amid a challenging environment for public market investing in 2018, with the pension and endowment portfolios recording negative returns of 1.6 per cent and 1.5 per cent, respectively.

That said, UTAM still managed to add value against the reference portfolio used to benchmark its active management approach. The pension fund outperformed the reference portfolio by 0.7 percentage points [equating to approximately $36 million in value added] while the endowment portfolio outperformed by 0.8 percentage points [equating to approximatedly $23 million in value added].

“But we’re pleased that we were able to out-perform our benchmark and add value to the pension and endowment portfolios.”