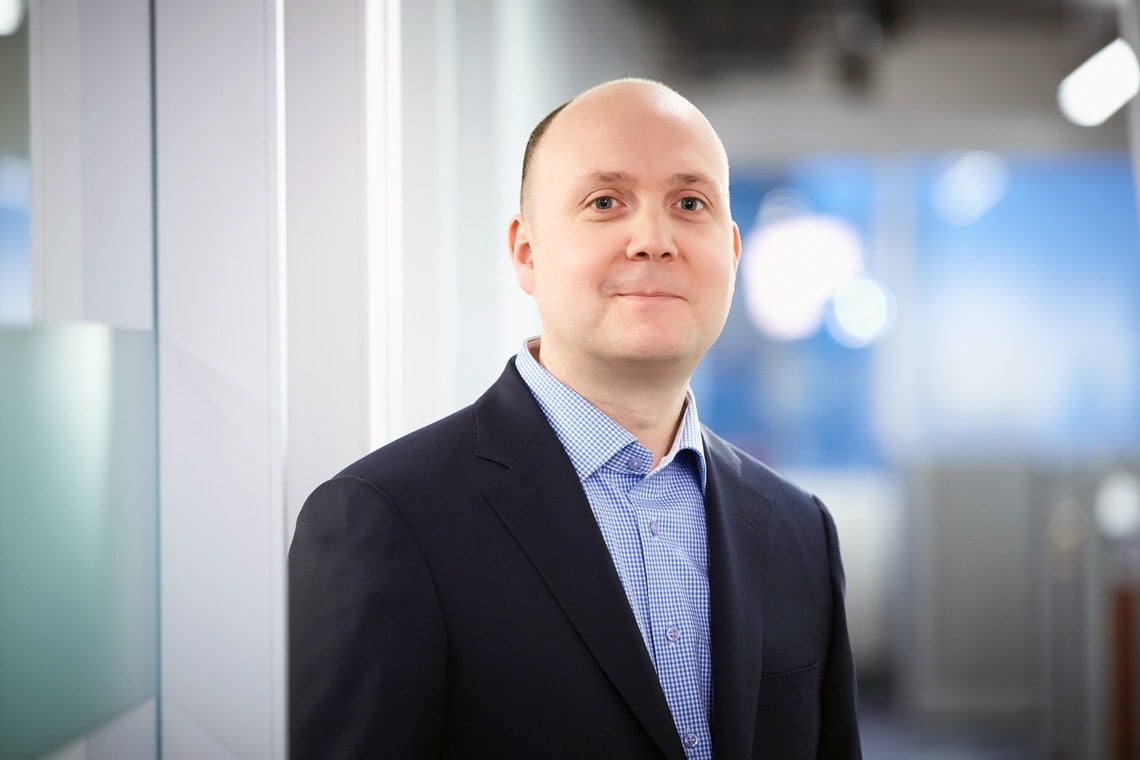 Daren Smith is the president and chief investment officer of the University of Toronto Asset Management Corp.

The University of Toronto Asset Management Corp., or UTAM, which manages nearly $10 billion in pension, endowment and other funds on behalf of the university, has received top marks from the United Nations-supported Principles for Responsible Investment (PRI) organization for its responsible investing practices.

In its 2018 assessment report of U of T’s pension and endowment funds, the PRI awarded UTAM four “A+” scores and one “A” for its efforts to incorporate responsible investing principles into its investment processes.

The grades placed UTAM ahead of the median performance of nearly 1,500 institutions around the world that have signed on to the PRI initiative.

Daren Smith, the president and chief investment officer of UTAM, said the assessment demonstrates UTAM is off to a good start when it comes to making investment decisions with environmental, social and governmental factors in mind.

But he cautioned that it’s an evolving field, meaning there’s more work to be done.

“We’re now at a point, two or three years into our journey into responsible investing, where we’re no longer talking to others to find out about best practices,” Smith said.

“We’re now part of the key groups and institutions who are figuring out what best practices for responsible investing should be.”

UTAM’s focus on responsible investing began two years ago in response to U of T President Meric Gertler’s 14-point plan to combat climate change at the university. One of its first moves was to sign on to the PRI initiative, which Smith dubbed “the gold standard” for institutions pursuing responsible investing. As a signatory, UTAM was required to adopt six principles for responsible investing that are now prominently displayed on its website.

As for the PRI assessment, the review is mandatory for all PRI signatories and is based on a lengthy, self-reported questionnaire. It’s designed to facilitate learning and development about responsible investing practices. The assessments allow signatories to compare their performance against peer organizations and to identify areas for improvement.

UTAM’s core mandate is to manage U of T’s endowment, pension and short-term working capital portfolios to ensure these assets will be sufficient to meet future obligations. UTAM recorded a 12.4 per cent rate of return for the pension and endowment portion of its portfolio in 2017, which respectively accounted for $5 billion and $2.9 billion in assets under management. Another $2 billion makes up U of T’s short-term capital pool.

UTAM’s “managers of managers” approach means it does not buy and sell individual securities itself, but rather hires external investment managers to invest assets on its behalf. UTAM evaluates these external managers based on a number of different criteria, which now includes a responsible investing component.

In addition to PRI, UTAM has joined a number of other responsible investor groups and initiatives. That includes signing on as a participant to Climate Action 100+, an initiative seeking to engage and influence the world’s largest corporate greenhouse gas emitters, and adopting a BMO Global Asset Management service that leverages the combined assets of like-minded investors to influence companies on environmental, social and governance issues.

Last September, UTAM also agreed to join more than 120 global investors in signing the Montreal Carbon Pledge. The pledge aligns with the Paris Climate agreement and commits UTAM to measuring and reporting the carbon footprint of its portfolios.

Smith said UTAM decided to complete the carbon footprint analysis itself rather than hire an outside firm in order to be closer to the data and to gain a granular understanding of the specific factors that contributed to the footprint. He added that calculating the footprint in-house was a valuable and informative exercise.

However, he cautioned that the results presented are for only one point in time and that it may take many years before any conclusions can be drawn. In the meantime, Smith noted that UTAM would continue to monitor evolving best practices for calculating carbon footprints and adjust its future reporting accordingly.