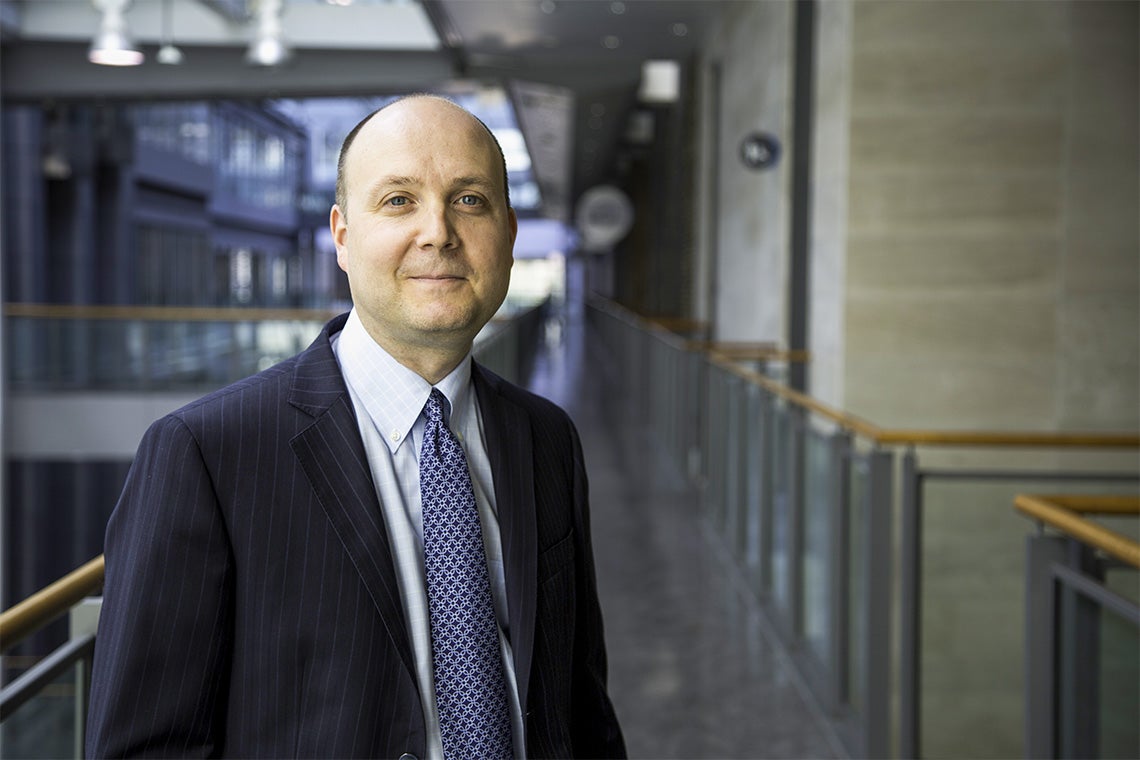 The University of Toronto Asset Management Corp. (UTAM), which manages over $10 billion in assets on behalf of the university, plans to reduce the carbon footprint of the endowment and pension investment portfolios by at least 40 per cent by 2030.

The planned 40 per cent reduction across the two portfolios would have three times the impact of simply eliminating all oil and gas companies, which UTAM estimates would reduce the carbon footprint of the portfolios by only about 13 per cent.

“This is a target that is ambitious yet achievable,” said Daren Smith, president and chief investment officer at UTAM.

“Having a carbon reduction target is a highly effective way to address the risks and opportunities related to climate change in an investment portfolio.”

Smith said UTAM management worked closely with its board and investment committee, along with university leaders and stakeholders, to determine a carbon footprint-reduction target that is both significant from a climate action perspective and is consistent with the university’s risk and return objectives for the pension and endowment portfolios.

While responsible investing has long been a component of UTAM’s investment process, the organization adopted formalized environmental, social and governance (ESG) protocols in 2016 in response to U of T President Meric Gertler’s 14-point plan to make U of T a leader in tackling climate change.

UTAM has since signed on to the United Nations-supported Principles for Responsible Investment (PRI), signed the Montreal Carbon Pledge and released carbon footprint and responsible investing reports, among other initiatives.

“The University of Toronto recognizes that the coming decade will be crucial in the fight against climate change,” President Gertler said, noting the university pledged in its Low Carbon Action Plan to cut its own greenhouse gas emissions by 37 per cent from 1990 levels by 2030, putting it on a path to becoming a “net-zero” institution.

“We applaud UTAM for taking this latest giant stride in its ongoing efforts to address climate change and responsible investing while continuing to invest the university’s assets prudently,” President Gertler continued. “Although the 40 per cent reduction target for the pension portfolio is expected to be reviewed by the University Pension Plan (UPP) Trustees when the assets transfer to the new plan in 2021, we felt it was important to get started on this important initiative now instead of waiting any longer.”

UTAM doesn’t buy and sell individual securities itself, but hires external investment managers to invest assets on its behalf in what’s referred to as a “manager of managers” approach. To that end, Smith said that one of the strategies under consideration to achieving the 40 per cent reduction target will be to work with investment managers to create lower carbon footprint portfolios.

“We rate the managers and encourage them to adopt best practices.”

Smith, who sits on the board of the Canadian Coalition for Good Governance, said the approach enables UTAM to play a key role in influencing the approaches and attitudes of investment managers going forward. That, in turn, allows U of T to have a sustainable, long-term impact that goes well beyond that of its own investment holdings.

Smith cited an example of one investment manager who, thanks in large part to encouragement from UTAM, has become an emerging leader in responsible investment in their space.

In addition to announcing its carbon footprint reduction target, UTAM, on behalf of U of T’s pension and endowment funds, endorsed the recommendations of the Task Force on Climate-Related Financial Disclosures (TCFD) that was established by the Financial Stability Board, a Switzerland-based organization that promotes oversight and regulatory policies for the financial system.

Starting in 2020, UTAM will provide reporting following the TCFD framework, which includes recommendations for companies and organizations pertaining to disclosure of their climate-related financial risks. The endorsement makes U of T the first Canadian university to endorse the TCFD recommendations on behalf of its pension and endowment funds, joining the ranks of over 930 public and private sector organizations in supporting the initiative.

“We are taking a comprehensive approach to addressing climate change,” Smith said. “The carbon reduction target and our support for the TCFD recommendations are important aspects of this approach, but it also includes incorporating ESG factors into our investment decision-making process, active ownership through proxy voting and company engagement, and assuming an advocacy role with regards to policy-makers and regulators.”