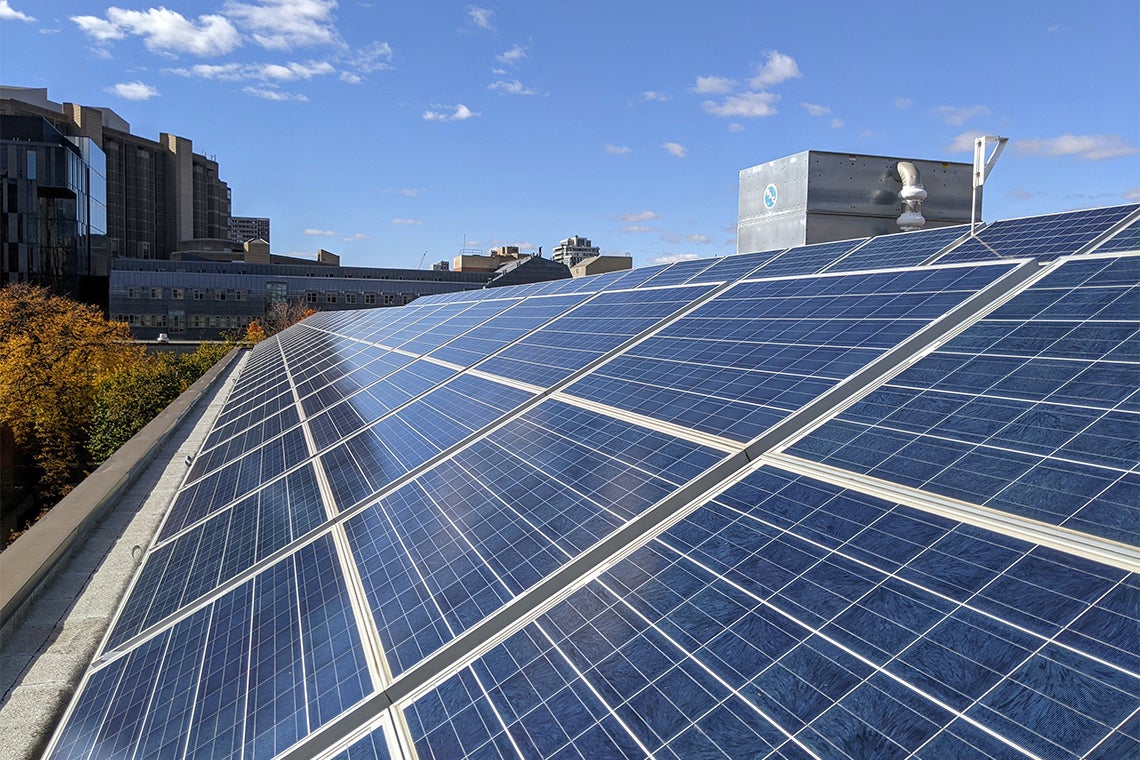 The University of Toronto Asset Management Corporation (UTAM) has delivered on its pledge to fully divest the university’s endowment portfolio from direct investments in fossil fuel companies within 12 months – a commitment U of T President Meric Gertler announced one year ago.

The separately incorporated investment management organization says it has also made considerable progress toward its commitment to divest by 2030 from indirect investments in fossil fuel companies, which are typically held through pooled and commingled investment vehicles. The endowment portfolio, also referred to as the Long-Term Capital Appreciation Pool, comprises the university’s endowment funds plus other investment assets and was valued at approximately $3.8 billion as of April 30.

UTAM’s progress, which builds on its success in reducing the overall carbon footprint of the endowment portfolio, is captured in the organization’s latest responsible investing report.

Regarding the commitment to allocate at least 10 per cent of the endowment portfolio to sustainable and low-carbon investments by 2025, UTAM is making progress and is comfortable that it will reach that target ahead of schedule.

“As global challenges imperil the worldwide effort to meet our Paris Accord obligations, the advances made by UTAM and the University of Toronto reaffirm our own commitment to achieving those goals,” President Gertler said.

The report comes as U of T was ranked second in the world, and first in Canada, in a new sustainability ranking by London-based Quacquarelli Symonds. The ranking assessed the environmental and social impact of 700 post-secondary institutions around the world, and took into account sustainable investing strategies.

“Responsible investing is no longer novel or exceptional, but an integral part of good investment practice,” President Gertler said. “Normalizing responsible investing practices, particularly within the Canadian post-secondary education sector, has been one of UTAM’s central accomplishments.”

U of T has been a sustainable finance leader in the university sector. In partnership with McGill University, U of T led the creation of Investing to Address Climate Change: A Charter for Canadian Universities. UTAM also helped launch the University Network for Investor Engagement, facilitated by SHARE, to address climate-related portfolio risks with collective action, and was the first university-affiliated institutional investor in the world to join the United Nations-convened Net-Zero Asset Owner Alliance – a group of institutional investors committed to transitioning their investment portfolios to net-zero greenhouse gas emissions by 2050.

UTAM has reduced the carbon footprint of the equity securities component of the endowment portfolio by more than 40 per cent, meeting its reduction target almost a decade ahead of schedule.

“That success allowed us to set a new, even more ambitious carbon footprint target,” said Chuck O’Reilly, UTAM’s president and chief investment officer. “In accordance with the Alliance’s target-setting protocol, we’ve set a new carbon footprint reduction goal of 50 per cent by 2030, measured against a 2019 baseline.