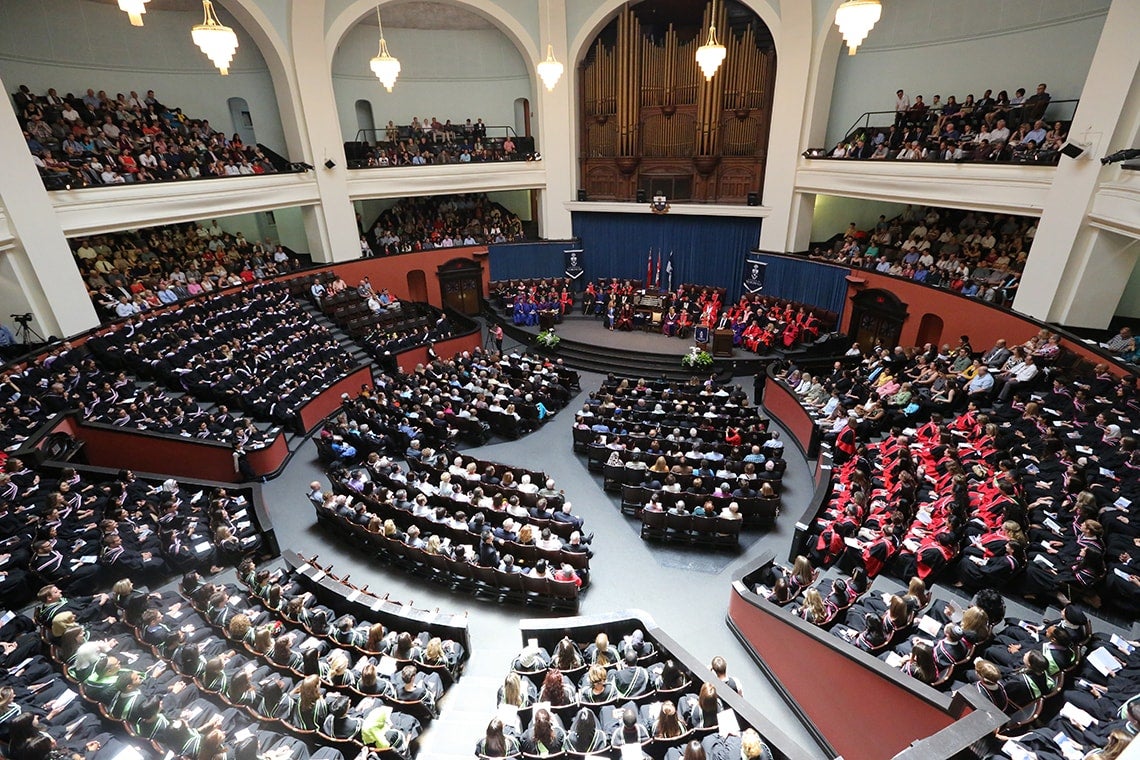 Canada’s next generation of leaders − in disciplines ranging from urban design to philosophy, artificial intelligence to medicine − are preparing to graduate from the country’s top university.

They will be joined by 15 honorary degree recipients who have made notable achievements in their fields. Among them: celebrated Inuk singer and songwriter Susan Aglukark; CBC’s Peter Mansbridge, who retires as anchor of The National on July 1; renowned Canadian photographer Edward Burtynsky; and Catherine Lacavera, a globally recognized leader in the field of intellectual property law.

“We are incredibly proud of the Class of 2017,” said U of T President Meric Gertler. “Congratulations to all of our graduates on their accomplishments, and to their families who supported them on their journey to this milestone.

“They stand on the cusp of a new adventure, and we look forward to celebrating their accomplishments in the years ahead.”

For more than 100 years, Convocation Hall has hosted graduation ceremonies for students from across U of T.

This year, the hall will host a total of 27 different ceremonies (two more than in 2016) over 13 days for undergraduate and graduate students from the university’s three campuses in downtown Toronto, Scarborough and Mississauga.

Almost 30,000 family and friends who have come to Toronto from all corners of the globe to celebrate the accomplishments of U of T grads will also be on hand.

The largest ceremony will be in the afternoon on June 21, when more than 592 attending students will receive their bachelor’s degrees in the arts and sciences.

Quick facts on U of T spring convocation 2017: