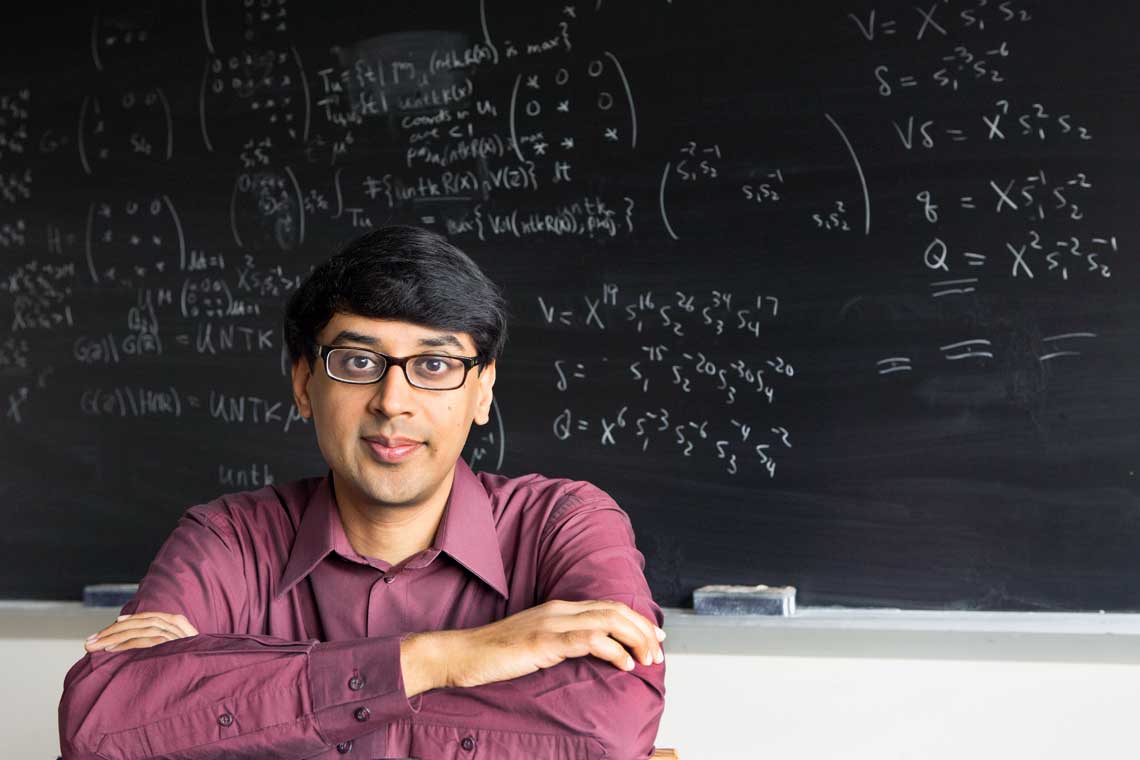 For anyone who’s ever struggled to stay awake in math class, describing numbers as “beautiful” is a far out idea.

Math often means pain . . . and frustration. But for Professor Manjul Bhargava, numbers are magic and music and poetry. They are endlessly fascinating. And he says it’s tragic how this crucial subject is taught in most schools.

“I’ve loved math as far back as I can remember . . . but when I was in school, I didn’t really love math class. We were just asked to robotically solve problems,” says the leading expert in Number Theory and winner of the 2014 Fields Medal, the highest honour a mathematician can receive.

The purpose behind pursuing the study of this branch of pure mathematics has changed significantly in recent years, Bhargava says. Once considered to be done for the “pure joy, for the art” of numbers alone, it now has a direct impact on our daily lives. For example, every credit card purchase we make online uses Number Theory to encode and protect our personal information when it’s in transit.

It’s the perfect area to study for a child who saw patterns everywhere. Toys weren’t the focus of a trip to the mall, the patterns in the floor tiles held him rapt. How many pattern combinations were possible? A pile of oranges led him to create and solve his first algebra problem at age seven.

“Math class is usually: follow what is in the textbook. But when a student comes up with a solution on their own, they never forget it,” Bhargava says.

Today, the University of Toronto is recognizing him with a Doctor of Science, honoris causa for his ground-breaking research and his desire to teach mathematics in a way that unfetters the creativity of his students.

“It’s kind of like coming home. I was born just down the road. How could I say no?” to the honour from U of T, says the Princeton University professor, who was born in Hamilton and has deep family ties to the GTA.

Along with his phenomenal math problem solving skills, Bhargava is a sought after speaker who can make math interesting and exciting to children of all ages and abilities. His lectures draw crowds both in person and online through YouTube.

He even teaches a three-hour university seminar — attracting Princeton humanities students — called The Mathematics of Magic Tricks and Games. And yes, he opens the class with card tricks. Sleight of hand is not the only skill magicians have. Whether they realize it, they’re using math to amaze the crowd, he explains.

“It’s those moments when I get to share with students that mathematics is connected to art. That it is art. When students get to see that, it really opens their eyes. When I see that, it’s the best feeling,” Bhargava says.

As a youngster, his love for numbers and patterns was fuelled by his mother, also a professor of mathematics. “Having that resource in the house was pretty amazing. If I had any questions, I could just ask her,” he says.

But becoming a mathematician himself? Well, it wasn’t a clear path.

In fact, he considered becoming a professional musician (he loves percussion and is an accomplished tabla player and classical Indian musician) but figured he’d never have time to pursue his love of math if he did. So, he chose mathematics but still keeps up with his music.

Nowadays, he thinks “all the time” of someday writing a textbook to bring the joy and art of math to students. But he also wants teachers to get the respect — and the pay — they deserve.

“There’s not a huge incentive for talented people to become school teachers,” he says. “It should be seen as one of the most important jobs in our society. They’re shaping the future.”

Professor Manjul Bhargava will speak today at the 2:30 p.m. ceremony for graduands from Victoria College. A video of his speech will be available on U of T’s YouTube channel following the event. 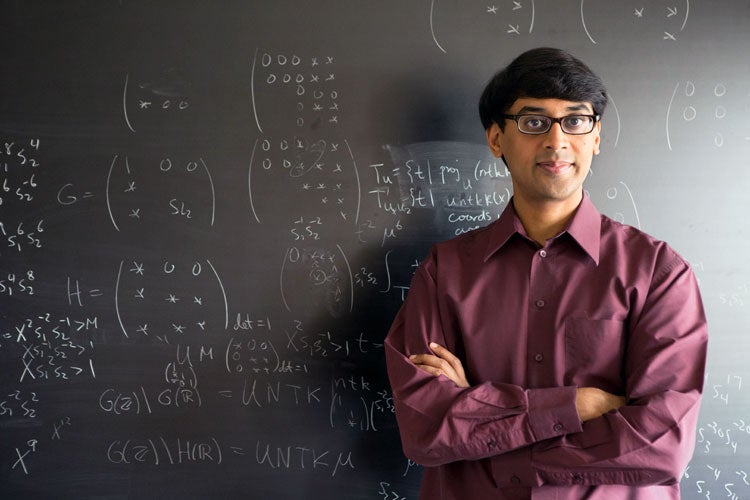