“Everyone in the village was poor, so being poor wasn’t a big deal” 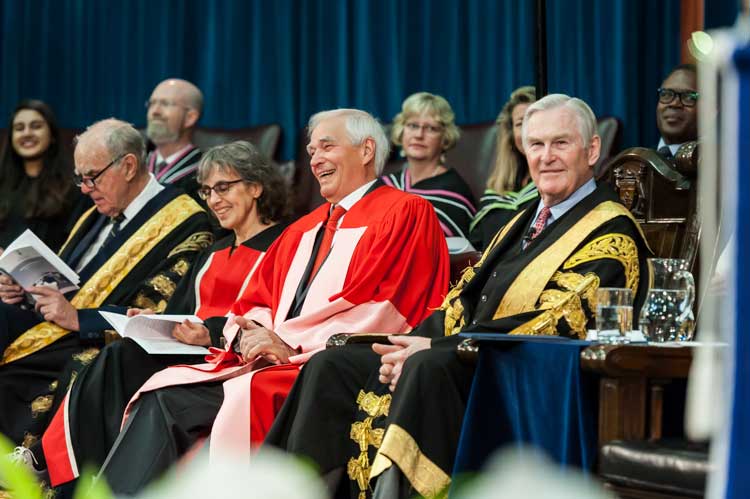 Spending a summer living in a war surplus tent next to the village dump may not seem idyllic to most. But for a curious boy eager to explore, it sparked a lifelong love of reading with the chance discovery of a trove of comic books.

“It was the most wonderful summer of our lives — at least for my brother and me. My mother taught me to read with those comic books,” says the softly-spoken Hon. James Bartleman, author and diplomat, who will receive a Doctor of Laws, honoris causa today from the University of Toronto.

“I went to kindergarten in the dump. The other kids in the village couldn’t read because their mothers wouldn’t let them go and play in the dump. I had a leg up,” he jokes.

Along with being poor, the Bartlemans were a “family on the outside,” he says. Born to a white father, who rode the rails across Canada during the Depression to find work, and an Indigenous mother from the Rama Indian Reservation who lost her status with the marriage, the family didn’t seem to belong anywhere.

Racism was overt and deeply ingrained. But his parents, who both reached Grade 4 in school, had a strong sense of social justice, which they instilled in him, and worked hard doing anything they could to keep the family together and fed.

Oatmeal porridge was a staple for all three meals — “even the dog ate oatmeal porridge,” he says. “But everyone in the village was poor, so being poor wasn’t a big deal.”

The family lived in a three-room “haunted house,” which his mother bought and where she would stand and greet all four children on the front veranda as they came home from school. The house tilted to one side because its posts were rotting. It was unpainted, uninsulated and had an outhouse with no door where the snow would swirl up to your knees in the wintertime “but it had the best view of anyone in the village. I love that old house.”

For 35 years, Bartleman proudly represented Canada as a diplomat. He was an ambassador to Cuba, Israel, the North American Treaty Organization (NATO) and European Union, high commissioner to South Africa and Australia and served as foreign policy adviser to Prime Minister Jean Chretien from 1994 to 1998.

In 2002, he was named Ontario’s first Indigenous lieutenant-governor, where he used his time in office to champion mental health, anti-racism and literacy initiatives.

With a variety of partners, he’s established libraries (two million books donated and counting!) in the north, as well as summer reading camps in more than 100 urban and remote, fly-in communities across Canada to share his love of reading with Indigenous youth. There’s also an annual creative writing contest for Indigenous students that awards up to six prizes of $2,500 each.

The literacy projects came about after visiting Indigenous communities in northern Ontario. The desolation and despair he encountered there had a profound impact on him. It was much worse than his experience growing up, he says.

“All of these children didn’t feel like they belonged in Canadian society. They had no sense of future, no sense of their identity and they were killing themselves. I pleaded with the government to fund books for the libraries and to improve education,” he says.

It’s important for the students graduating today to embrace a spirit of reconciliation with Canada’s Indigenous peoples. That could mean educating themselves about the history of the residential school system or maybe “spend a summer working [at a reading camp] with Frontier College. You get paid, you get training and the kids will follow you around because they’re so happy you’re there.”

Giving back can have a tremendous impact on the trajectory of someone’s life. Bartleman knows this better than most, from his mother teaching him how to read to the American paint and glass industrialist who funded his post-secondary education.

“I was really, really lucky. Going back to the beginning in Port Carling, I had the benefits of reading, writing, an education and having the ability to get along with people.”

If it hadn’t been for reading, the future would have been pretty grim.

“I wouldn’t have been very good as a plumber or a carpenter.”

The Hon. James Bartleman will speak today at the 10 a.m. ceremony for graduands from Woodsworth College. A video of his speech will be available on U of T’s YouTube channel following the event. 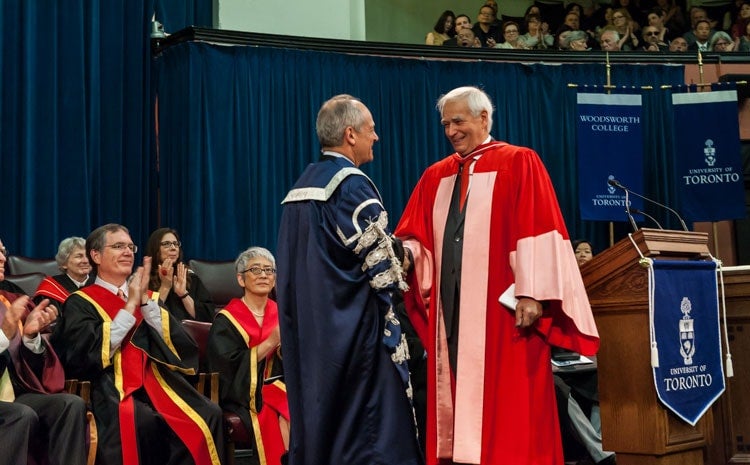