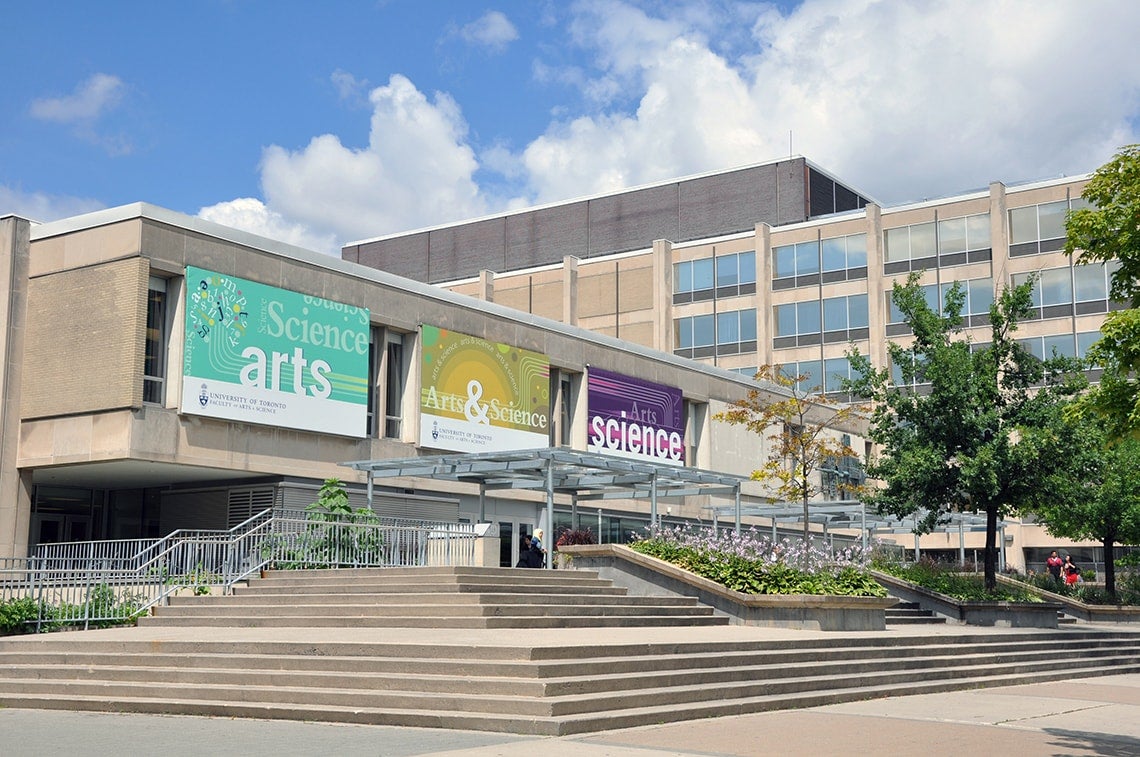 Cheryl Misak and Margaret Morrison, both professors in the department of philosophy in the Faculty of Arts and Science, received a Guggenheim Fellowship (photo by Diana Tyszko)

Cheryl Misak and Margaret Morrison, both professors in the department of philosophy, have each received a Guggenheim Fellowship. The 2017 fellowship recipients were announced by the John Simon Guggenheim Memorial Foundation today in The New York Times.

Guggenheim fellows are selected on the basis of impressive achievement in the past and exceptional promise for future accomplishment, with more than 100 Guggenheim fellows going on to become Nobel laureates. This year, a total of 173 awards were awarded to mid-career academics and artists in the U.S. and Canada.

“Congratulations to Professors Misak and Morrison on this high honour,” said Professor Vivek Goel, U of T’s vice-president of research and innovation. “Receiving a Guggenheim Fellowship is a great career achievement for a scholar, and it will allow them each to continue their important work in different areas of philosophical inquiry. We are very fortunate to have them both at U of T.” 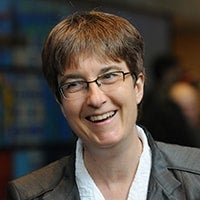 The fellowship will enable Misak to work on a book, Frank Ramsey: An Intellectual Biography, which will offer the first complete understanding of the work and life of the Cambridge philosopher, economist and mathematician, and maybe even offer some thoughts on the meaning of life.

Ramsey – who Misak described as “one of the most brilliant and original thinkers of the last century” – is well known in philosophy, economics and mathematics. His thinking underpins much of contemporary economics and decision theory, as he provided pioneering mathematical models in both disciplines. Ramsey died in 1930, just before his 27th birthday.

“One must not use the word ‘genius’ lightly, but in Ramsey’s case it is apt,” said Misak.

Beyond his scholarship – which had a huge influence on the work of economists such as John Maynard Keynes, and Nobel prize-winners Peter Diamond and James Mirrlees – Ramsey had a fascinating life, noted Misak. He began his Cambridge undergraduate degree just as the Great War was ending and was among the early wave of those keen to be psychoanalyzed in Vienna in the 1920s.

Ramsey was a close friend of – and influence on – Ludwig Wittgenstein and was a core member of the secret Cambridge discussion society, the Apostles, during one of its most vital periods. He was also was part of the Bloomsbury set of writers and artists and the Guild Socialist movement.

“I aim to shed light on these significant intellectual and cultural movements,” said Misak. “Indeed, I hope even to say something about the meaning of life, not only through an examination of one very special life, but also in thinking through what Ramsey himself in one of his most poignant papers said about the topic.”

After a dozen years as an academic administrator (Misak was a U of T provost and vice-president from 2009-2013, and dean at U of T Mississauga and chair of the department of philosophy before that), Misak has enthusiastically returned to her research on pragmatism, America’s most influential school of philosophy.

Her most recent books are Cambridge Pragmatism: From Peirce and James to Ramsey and Wittgenstein and The American Pragmatists. A fellow of the Royal Society of Canada, Misak’s honours include the Humboldt Research Prize and her Experience, Narrative, and Ethical Deliberation was selected by The Philosopher’s Annual as one of the 10 best papers in philosophy in 2008. Morrison is a world-leading scholar on the philosophy of science. Her work on various aspects of modelling in the physical and biological sciences has transformed our philosophical understanding and approach to the construction and evaluation of models as a source of reliable information.

Many of her papers focus on the question of how we are able to extract practical information from abstract mathematical models that often bear little relation to the concrete physical world.

“The topic that has motivated much of my work over the past 25 years is the role played by mathematics in shaping the world we live in and facilitating our knowledge, explanations and decision-making about that world,” said Morrison.

This question is of particular importance not only in the philosophy of science but also in economics, policymaking and all fields that rely on mathematical modelling.

Morrison’s work on theory unification in physics – the attempt to unite the disparate phenomena of nature under the umbrella of a single theory – has also had a profound impact by calling attention to the role that mathematics plays in producing unified theories and questioning whether these unifying frameworks change our understanding of the phenomena themselves.

The fellowship will enable Morrison to continue her research on the role of mathematical frameworks in explaining the behaviour of complex systems and to further delve into the area of econophysics – an interdisciplinary research field that applies theories and concepts from physics in order to study complex problems in finance and economics.

“Many people are skeptical about the value of econophysics,” said Morrison. “In particular, why should we think that interesting aspects of economic behaviour can be captured by methods that ignore specific features of the agents, treating them in a manner similar to molecules in a gas?”

Consequently, much of the criticism centres on what is seen as a lack of explanatory power with respect to the behaviour of economic agents, noted Morrison.

However, mainstream economics is very poor at predicting events like the 2008 stock market crash, so the question for Morrison is how the mathematical methods of econophysics improve predictive power in these areas.

“Because the financial markets affect us all in one way or another, explicating the assumptions underlying the methods used in econophysics is an important philosophical problem.”

“The hope is that this will help to neutralize some of the criticism while highlighting its methodological advantages,” said Morrison.

Morrison is a fellow of the Royal Society of Canada and in 2004 was elected to the Leopoldina – the German National Academy of Science. A recipient of the Humboldt Research Prize (2014), her books include Reconstructing Reality: Mathematics, Models and Simulation and Unifying Scientific Theories: Physical Concepts and Mathematical Structures.

The John Simon Guggenheim Memorial Foundation has offered fellowships to artists, scholars and scientists in all fields annually since 1925