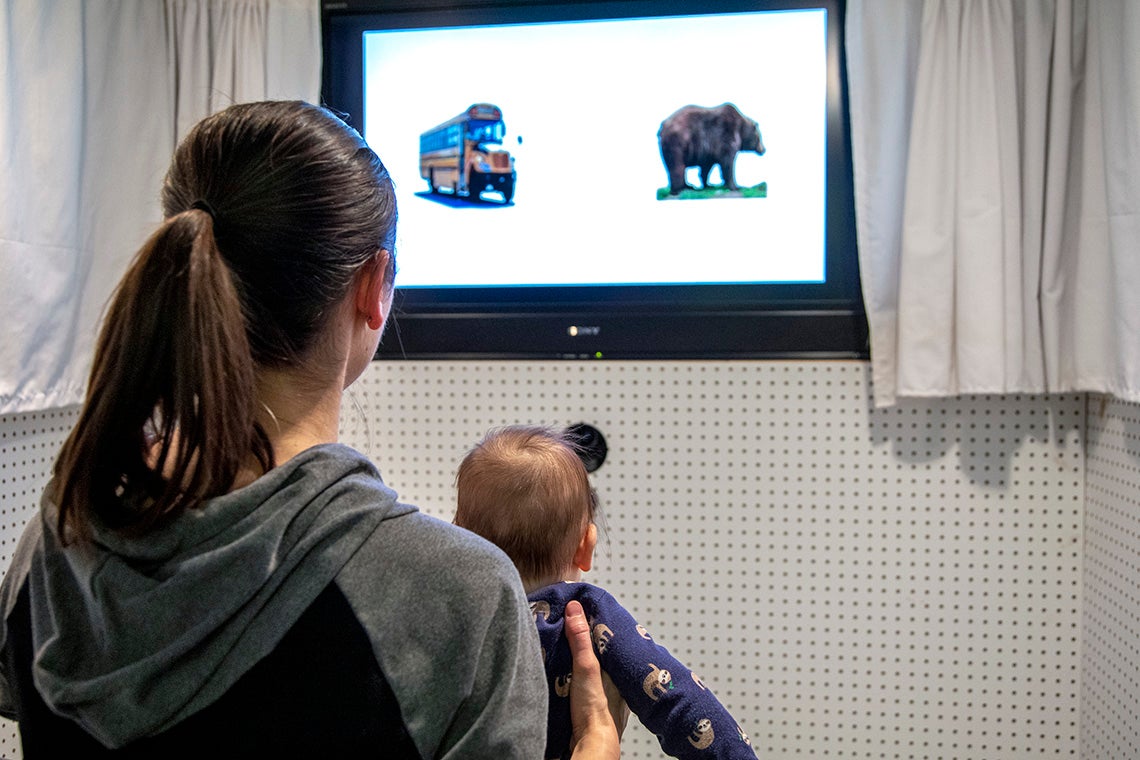 Researchers in Elizabeth Johnson's U of T Mississauga lab track babies' motor responses and where they look for insights into how they learn language, but will soon be able to measure brain activity, too (photo by Drew Lesiuczok)

For more than 20 years, the University of Toronto’s Elizabeth Johnson has studied the ways babies and children acquire language: How do children begin learning the meaning of words? How do they cope with unfamiliar languages and voices? How do they learn language so quickly?

Now, with the support of the Canadian Foundation for Innovation’s John R. Evans Leaders Fund, the professor of psychology and director of the Child Language and Speech Studies (CLASS) Lab at U of T Mississauga has the chance to delve deeper into the mysteries of language acquisition by effectively tapping into the minds of infants as young as six months old.

While Johnson’s team focused on more traditional behavioural measures such as eye-tracking, looking time and motor responses in her CLASS lab, her new Baby Brain and Behaviour Lab (BaBBL) will carry out event-related potential (ERP) studies to better understand how children acquire language. ERPs are an electrophysiological measure reflecting the brain’s activity in response to specific stimulus or events in the world. The researchers will use electroencephalograms (EEG) to measure infants’ neural response to speech sounds and words.

“It’s all really exciting because we haven’t been able to do ERP work in my lab, so it’s going to be a whole new lab component,” says Johnson, adding the procedure is safe and well-established for use in infants. “With this new tool, we will have a more complete window into the initial workings of the human mind.”

As Johnson and her team study what’s happening in infants’ brains, they will also be able to physically observe reactions and behaviours.

“The ERP measure will allow us to actually see how the brain is responding to words when they hear them, so I will be able to look at how neural responses line up with behavioural responses that we observe,” Johnson explains.

Researchers will examine how infants’ brains respond to words through the ERP measurements. The babies will then return multiple times, at different ages, so researchers can monitor changes over the years.

“By analyzing changes in those responses over time, we can learn a lot about what children are picking up on in the world,” Johnson says. “And, we can look at the way their brain responds to different words early on in development at six months of age, and how that might predict how well they’re speaking, and how many words they’ll know when they’re a toddler or when they’re older.”

She adds that researchers will also look at the ways caregivers interact with their children, and how it might impact children's neural response to the words they hear. For example, the research team will record and analyze caregivers’ different interaction styles to see how they support children's language development. 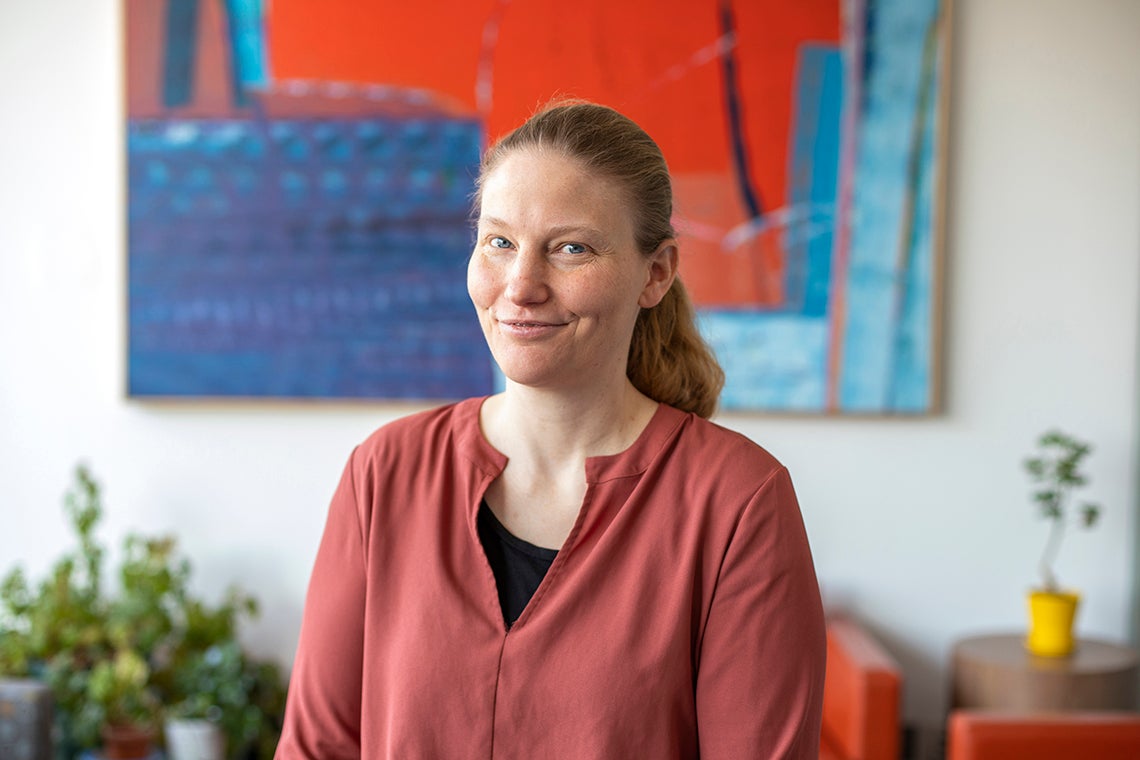 With the help of her Canada Research Chair grant, Johnson will also study how children learn language in linguistically-diverse environments –  a reality for many children in the GTA.

She says more children today are growing up in households that speak a language other than English, meaning they are learning more than one language and hearing different accents.

One eventual application of her work could be to predict reading and speech difficulties in children – especially in linguistically-diverse populations.

“If we want to understand how language acquisition and speech development works in the real world, we have to study how children learn language in linguistically-diverse environments.”