'Uber of deliveries': Innovative U of T startup is purchased by its biggest customer 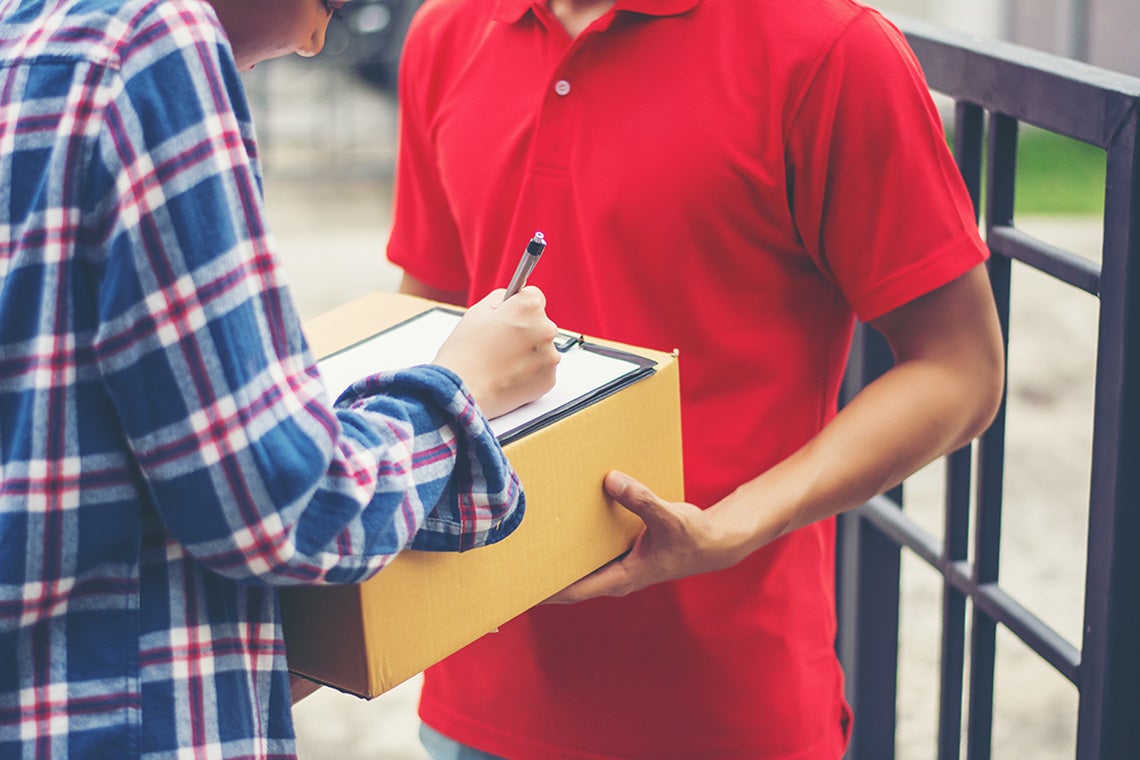 A University of Toronto startup that uses crowdsourcing to deliver goods to small businesses has been acquired by its biggest customer.

Blip Delivery, founded in 2018 by U of T Mississauga students affiliated with ICUBE’s accelerator program, is the Uber of deliveries, says co-founder and CEO Srikanth Srinivas, who is in his final year of studying computer science.

Blip uses machine learning algorithms to effectively route drivers through the city to provide same-day delivery service to local Canadian businesses. Drivers open the app and accept pick-up requests – but instead of ferrying passengers as Uber does, they deliver goods, explains Srinivas.

The company grew from Srinivas’s desire to solve a problem for his customers. Srinivas explains he was working with new, small companies on an unrelated project when he learned their biggest hurdle was hiring drivers and leasing vehicles to manage delivery of goods. Srinivas’s solution was to crowdsource delivery drivers.

A student with no background in starting a business, Srinivas turned to U of T Mississauga’s ICUBE for help. He was able to participate in workshops that help entrepreneurs develop the skills needed to run a business. He also received one-on-one mentoring from alumnus Marko Mrkonjic in business-to-business sales and marketing.

ICUBE, one of several U of T entrepreneurship hubs, also provided Blip with a much-needed grant to bring two interns on board to get the startup off the ground.

“The student experience grant was very useful,” Srinivas says, adding that the best part of linking with ICUBE was the ability to get a $20,000 grant in Google credits to help cover the cost of their servers for two years.

When it came time to sell his company, ICUBE advised Srinivas how to navigate the acquisition process, he says.

“It was a relief to have it off my shoulders,” Srinivas says of the acquisition, explaining he was juggling the competing demands of being a student and running a small startup. “There was no realistic way I could grow (Blip) and do school at the same time.”

While a non-disclosure agreement is part of the deal, it was revealed that the company acquired Blip because it wants to enter into the delivery market and having full control of an innovative technology could be pivotal for the company’s future success and competitive advantage.

With one successful startup under his belt, Srinivas is now working on a new venture that would help businesses overcome the steep learning curve associated with data science and provide them with sophisticated machine learning systems.