U of T wraps up successful #SupportTheReport postcard campaign 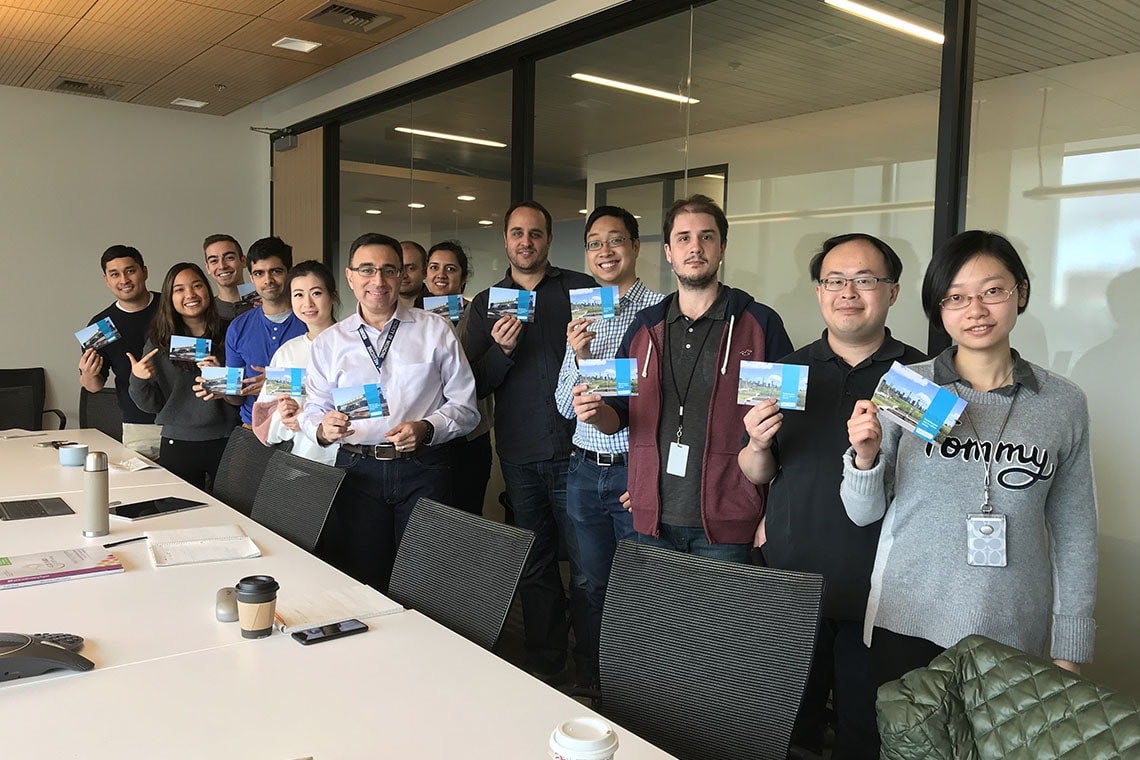 Students, faculty and staff encouraged to drop cards into nearest mailbox before the holidays

While you’re dropping your holiday cards in the mailbox, don’t forget to slip in a signed #SupportTheReport postcard, organizers of the campaign say.

No postage is required to mail the postcards.

University of Toronto students, faculty and staff have picked up and signed more than 7,500 of the postcards since Nov. 19 to send to federal Science Minister Kirsty Duncan.

Students have even taken time out from studying for exams to sign the cards at exam de-stressor tables set up by the University of Toronto Students’ Union in various locations. The signings are continuing until Dec.19 as part of the UTSU’s Got You events. For more details, see below.

Student efforts to raise awareness and support for Canada’s Fundamental Science Review were captured in a fun way by Samantha Yammine, a PhD candidate in U of T’s department of molecular genetics.

Known as Science Sam to her more than 12,000 social media followers, Yammine broadcast live via Twitter at the Gerstein Library on Monday and chatted with UTSU’s President Mathias Memmel. Many students attended the event and signed postcards. One of them was an international student from Bangladesh, who spoke about Canada's focus on scientific research and how it impacts the world.

“I’m an international student from Bangladesh and one of the things which attracted me to come to Canada is the fact that they prioritize scientific research over other aspects of development because it will ultimately lead to the knowledge economy we’re looking forward to,” he told Yammine.

“Another fundamental aspect is while it’s benefiting Canadians around the world and in Canada, it is also going to help countries which are suffering from the remnants of climate change, which I think is a fundamental philosophy of being a Canadian – supporting humanitarian and social changes around the world. So, I am really happy to be supporting this venture.”

Yammine agreed. “What we do will help us locally here, but it’s also supposed to benefit everywhere. We want to be a part of that, and if we don’t fund Canadian research, we’re not going to be able to contribute,” she said.

Meanwhile, Professor Alison Keith and her colleagues at the Jackman Humanities Institute put pen to postcard to #SupportTheReport, joining groups all over the three campuses, including Professor Frank Wania’s at U of T Scarborough, Professor Cindi Morshead and Professor Walid Houry’s in downtown Toronto, as well as the research office at U of T Mississauga led by Professor Bryan Stewart, vice-principal of research.

“The campaign has allowed those directly impacted to make their voices heard in support of the recommendations made by Canada’s Fundamental Science Review panel,” said Andrew Thomson, chief of government relations at U of T.

“The large number of students, faculty and researchers, who have signed on to the #SupportTheReport postcard campaign have made it a huge success. Our efforts will build on this to ensure the issue remains top of mind for the federal government as they prepare to deliver their next budget early in the new year,” he said.

Check out the U of T social media #SupportTheReport feed below:

The report by Canada’s Fundamental Science Review, issued in April by a blue ribbon panel led by U of T President Emeritus David Naylor, found per capita federal investment in fundamental science has slumped in recent decades and recommended a comprehensive blueprint with 35 recommendations for making Canada a global research powerhouse.

Last month, Duncan told researchers, academics, funders and policy-makers at the Canadian Science Policy Conference in Ottawa: “I agree with the majority of the recommendations, and I’m taking action to implement many of them.”

One of those changes, announced by the minister, involves revamping the Canada Research Chairs program to increase diversity, equity and inclusiveness, as well as the creation of a Canada Research Coordinating Committee to improve collaboration among the three federal granting councils and the Canada Foundation for Innovation.

However, the government has yet to commit to implementing all of the report’s recommendations, including a $1.3-billion boost in federal research funding over four years.

"One of the most exciting things about the #SupportTheReport campaign is the spotlight it’s shining on the incredible importance of conducting research in Canada, as well as how it provides training opportunities for the next generation of researchers on cutting-edge methods and technology,” said Vivek Goel, U of T’s vice-president of research and innovation.

“Research makes future innovations and societal improvements possible,” he said. “It opens up new paths and ignites the curiosity of our young people. This is why we must continue to work towards gaining support for the recommendations of Canada’s Fundamental Science Review.”