​U of T, University of Cambridge researchers find mechanism behind neuron death in ALS and dementia 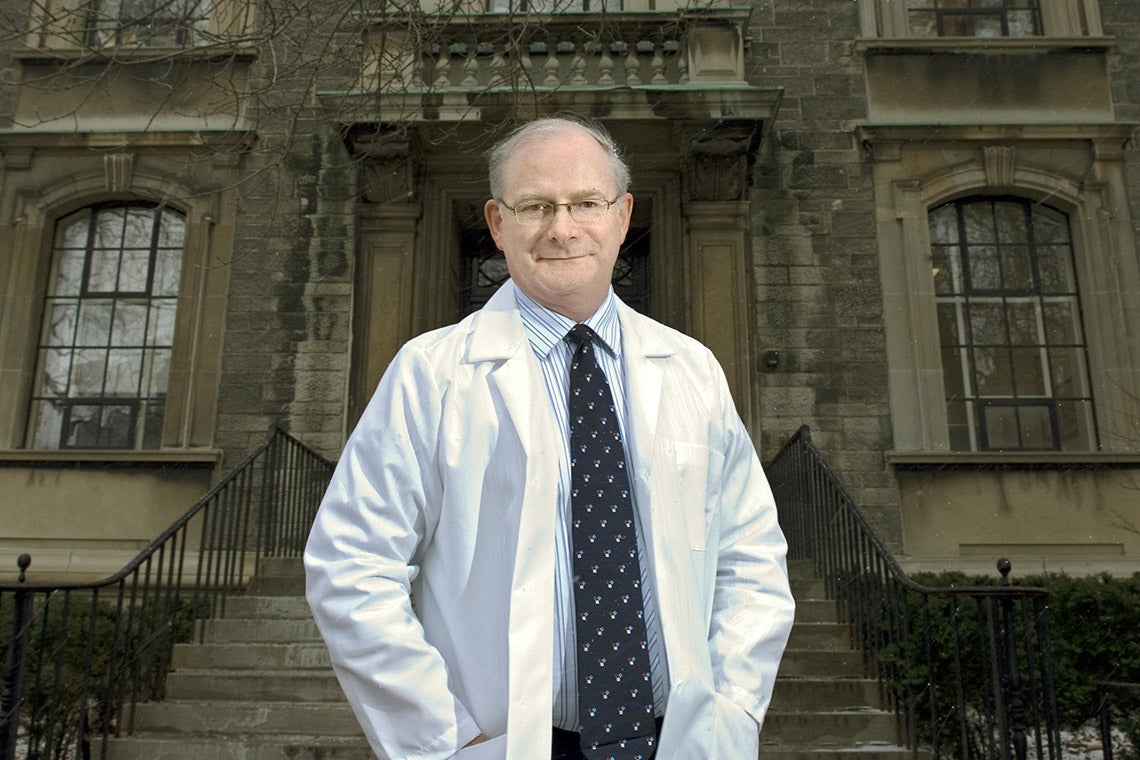 Researchers at the University of Toronto and the University of Cambridge have identified the molecular mechanism that leads to the death of neurons in some types of ALS, or amyotrophic lateral sclerosis, and in a common form of frontotemporal dementia.

They have also uncovered novel therapeutic targets for these currently incurable diseases.

The journal Cell published the findings on Thursday.

A common characteristic of ALS and frontotemporal dementia is the clumping of misfolded RNA-binding proteins, including a protein called FUS, in the brain and spinal cord. In nerve cells, FUS proteins normally change back and forth from small liquid droplets (resembling oil droplets in water) to small gels (like jelly).

But in ALS and frontotemporal dementia, FUS proteins become permanently stuck as abnormally dense gels, trapping the RNA and making it unavailable for use. This damages nerve cells by blocking their ability to make the proteins needed for synaptic function and leads to the death of neurons in the brain and spinal cord.

“This was a very exciting set of experiments where we were able to apply cutting-edge tools from physics, chemistry and neurobiology to understand how the FUS protein normally works in nerve cells, and how it goes wrong in motor neuron disease and dementia,” said Peter St George-Hyslop, director of the Tanz Centre for Research in Neurodegenerative Diseases and a professor in U of T's Faculty of Medicine.

In healthy neurons, the FUS protein condenses (from droplets to gel), captures RNA and transfers it to remote parts of the neuron involved in making connections (synapses) with other neurons. Here, the protein 'melts' and releases the RNA. The RNA then helps create new proteins in the synapses, which are essential for keeping the synapses working properly, especially during memory formation and learning.

In frontotemporal dementia, the researchers found that defects in the chemical modification of FUS caused the abnormal gelling. In motor neuron disease, abnormal gelling arose from mutations in the FUS protein itself, which meant it was no longer able to change form.

“These findings open up a new avenue of work to identify ways to prevent the abnormal gelling of FUS in motor neuron disease and dementia,” said St George-Hyslop, who is also a professor at the Institute for Medical Research at the University of Cambridge.

The scientists used human cells that resemble neurons, and neurons from frogs, to investigate the regulation of FUS from liquid droplets to small gels – and what makes that reversible process go awry. Potential therapeutic targets include the enzymes that regulate the chemical modification of FUS, and the molecular chaperones that facilitate FUS proteins to change form.

These treatments would need to allow FUS to continue moving between safe reversible states (liquid droplets and reversible gels) but prevent FUS from dropping into the dense, irreversible gel states that cause disease.

Read the research in the journal Cell

“For the past several years, evidence has been growing that understanding these phase transitions could significantly accelerate our ability to treat ALS,” said Dr. David Taylor, vice president, research at the ALS Society of Canada. “The work advances our understanding of this biology and reveals potential molecular targets for exploration, which might someday lead to the development of ALS treatments.”

Taylor notes that the research was possible in part through funding from the Ice Bucket Challenge and the ALS Society of Canada’s partnership with Brain Canada, and he said the findings are an example of why continued investment in research funding is vital.

The research was funded by the Canadian Institutes of Health Research, Wellcome Trust, European Research Council, Swiss National Science Foundation, and the ALS Society of Canada and Brain Canada (through the Canada Brain Research Fund, with support from Health Canada).