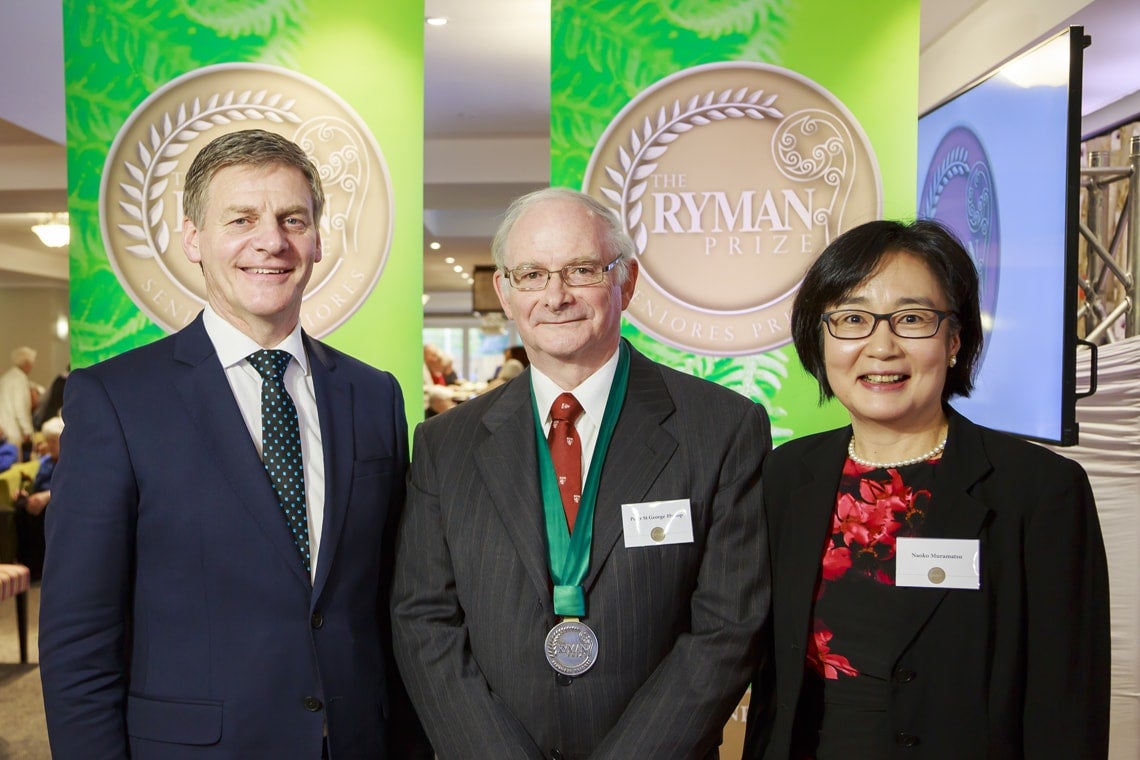 Peter St George-Hyslop, one of the world’s top neurodegenerative disease researchers, has won the 2017 Ryman Prize in recognition of his more than 30 years of groundbreaking research into the causes of Alzheimer’s disease.

The prize was awarded by an international jury of academic researchers and announced Aug. 9 by New Zealand Prime Minister Bill English at a ceremony in Wellington, New Zealand.

The honour “signifies a sea-change in how society perceives disorders affecting the health and well-being of their older members,” said St George-Hyslop, director of the Faculty of Medicine’s Tanz Centre for Research in Neurodegenerative Diseases. “It signals a growing understanding of the urgency of getting to grips with these increasingly common, devastating conditions that impact not only those individuals affected by them but also their family and their caregivers, and the state in which they live.”

St George-Hyslop has been cited by other researchers more than 33,000 times for discovering key genes and proteins that cause cells to degenerate in diseases such as early onset Alzheimer’s disease. He showed conclusively that Alzheimer’s is caused by a variety of factors, genetic and non-genetic, an observation that has since profoundly influenced research. In 2003, he was appointed University Professor, U of T’s highest rank.

“We’re incredibly proud that U of T Professor Peter St George-Hyslop has won the 2017 Ryman Prize, which is awarded by the Ryman Foundation to researchers whose work is enhancing the quality of life for older people around the world,” said Vivek Goel, vice-president of research and innovation. “He is an outstanding physician-scientist whose work in the field of neurodegenerative disease has led to several groundbreaking discoveries, including understanding the genetics of Alzheimer’s.”

“It’s a pleasure to see Dr. St George-Hyslop’s achievements recognized with the Ryman Prize,” Young said. “For more than 30 years, his work has advanced research on Alzheimer’s disease and sought to enhance the quality of life for older people.”

In his acceptance speech, St George-Hyslop described a lifelong fascination with Alzheimer’s that began when he was a medical student in the 1970s and saw his first case of the tragic disease. As a researcher, he took an “outside the box” approach to discovery, which wasn’t always rewarded.

“We decided early on that using the then emerging recombinant DNA technology to hunt down genes causing the disorder would be productive. And it has been. But at the beginning, it was widely debunked,” he said. “The prize nicely underscores that other people think that ‘outside the box approach’ was a good idea.”

“Since the mid-1980s he has carried out pioneering research in a field which was little understood. Millions of people around the world have Alzheimer’s and Peter’s research has had a profound influence on its understanding, and the ability to diagnose and treat it. He thoroughly deserves this award for his many decades of commitment to scientific discovery, teaching and sheer hard work.”

Born in Kenya, St George-Hyslop was educated in the United Kingdom and in Canada. He divides his time currently between laboratories at U of T and at the University of Cambridge.

The Ryman Prize rewards the best work in the world that has enhanced quality of life for older people. It is the world’s richest prize of its type and was established to create the equivalent of a Nobel Prize for people working in the field of the health of older people.