U of T, Toronto team up in bid to join UNESCO global creative cities 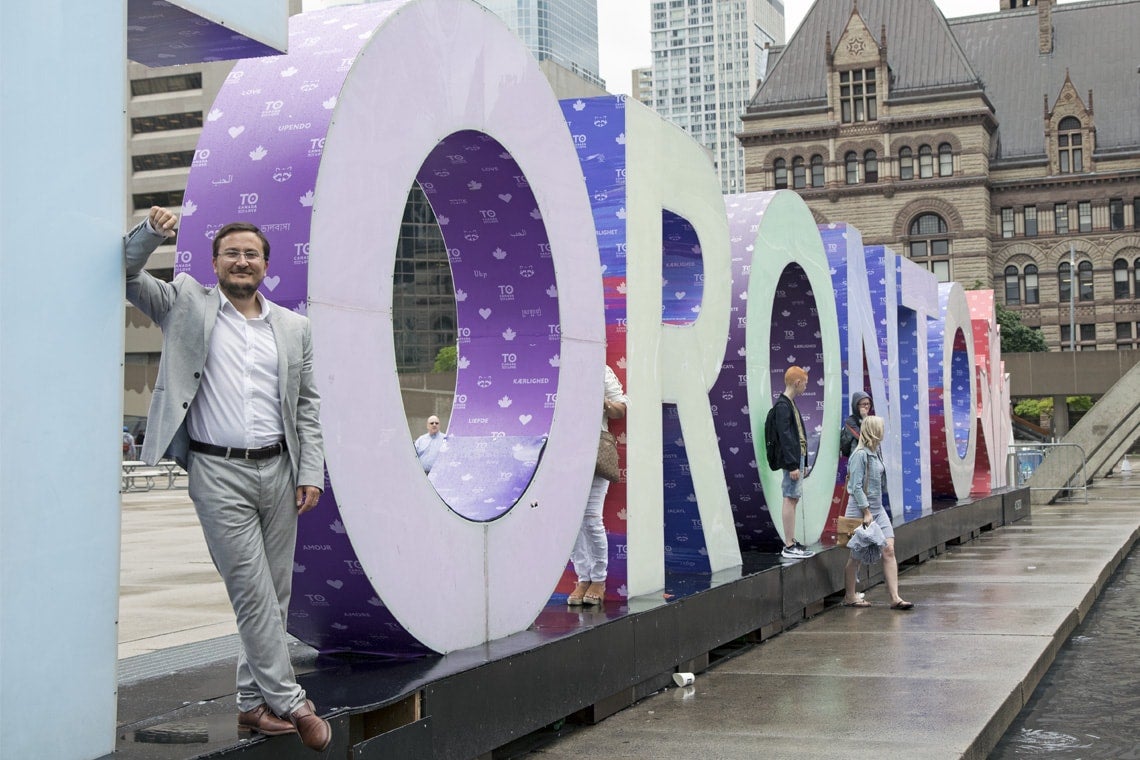 From hosting internationally recognized film festivals like TIFF to massive art festivals like Nuit Blanche, it's clear to Torontonians that the city is teeming with creativity.

The City of Toronto wants those creative achievements to be recognized on a global scale. So with the help of University of Toronto McLuhan Centenary fellow Paolo Granata, the city has submitted an application to join the UNESCO Creative Cities Network – a United Nations-backed group of 116 cities in 54 countries where creativity plays an important role in urban development.

Being part of the network could help Toronto connect with other creative cities, hopefully boosting tourism and attracting new talent to the city,

“The designation and even the application – all the work we are doing – is a way of fostering a long-term vision, a sustainable vision for Toronto,” says Granata, who will soon be an assistant professor in book & media studies at the Faculty of Arts & Science and the University of St. Michael’s College at U of T.

Granata played an instrumental role in putting together the application, which involved an extensive consultation process with key players in the city’s creative industry. About 100 people and groups including curators, non-profits, galleries and academic institutions were consulted.

“All these cultural operators in the field of creativity can really feel a sense of belonging to a broader project, to a broader umbrella – they're already committed to focusing on the creative city in their specific initiatives,” says Granata.

The process made it clear that Toronto’s strength is in the “media arts” creative cities category, says Patrick Tobin, director of arts and culture services for the City of Toronto and one of the facilitators of the application.

“It reflects the strength of Toronto's established creative industries in film, TV, music and digital media,” Tobin says. “But it also allowed the city to articulate aspirations to grow a sector.”

If successful, Toronto will join the only other Canadian city on the list – Montreal – which is recognized for its leadership in design.

“More young people will want to be in the city and will see this as a very creative space and an environment where they want to lay their roots down,” says Councillor Michael Thompson, who chairs Toronto’s economic development committee. “And as a result of that, companies and investors and others will want to be where the talent is.”

It’s also an opportunity for U of T to leverage its location and connections with the city, in line with the U of T President Meric Gertler’s priorities for the university, says Granata.

“U of T has the chance to become even more engaged in the city,” Granata says. “There is a bias against the concept of creativity, in that it seems to be blurry and not tangible. Instead, if we really conceive creativity as a tool to foster civic engagement, as a tool to use culture to engage people, creativity turns into a very tangible concept.”