U of T, Toronto experts offer insight into the ‘promise and peril’ of building smart cities 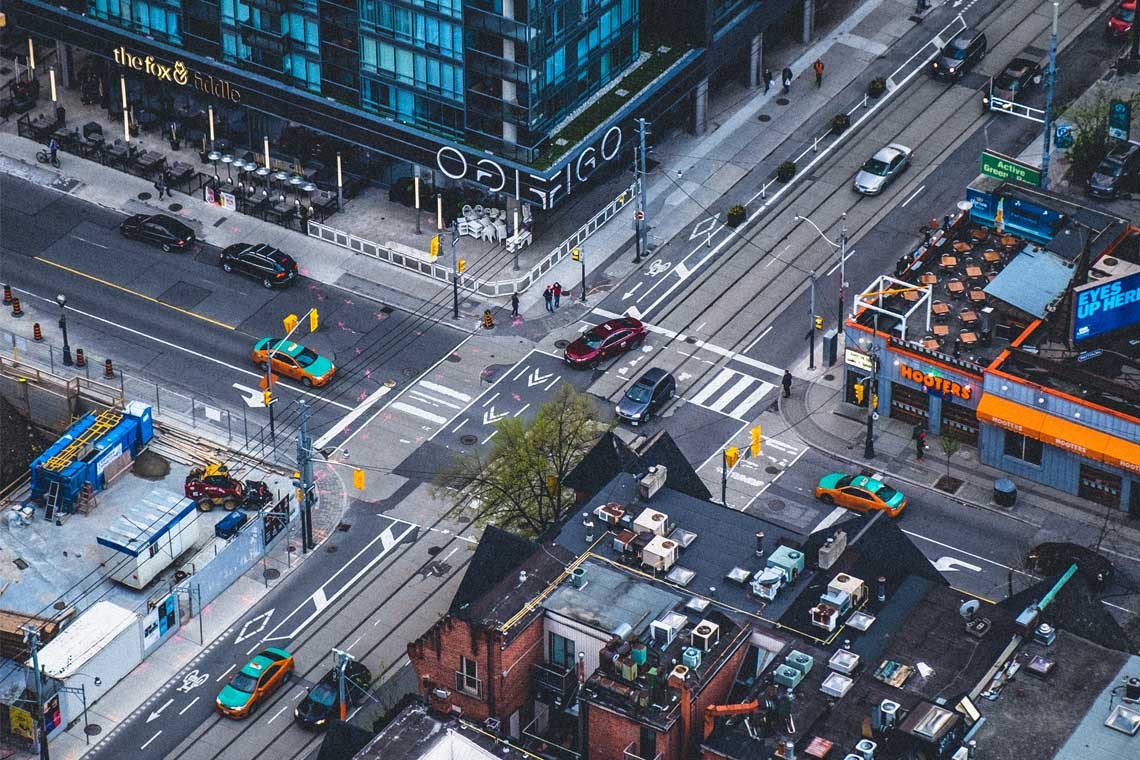 Data and inclusiveness are big considerations when it comes to building smarter cities, say Toronto urban experts (photo by Erik Eastman via Unsplash)

There was a rush of excitement in Toronto when Sidewalk Labs, a sister company of Google, announced in October its intention to build a new, tech-focused community on Toronto’s waterfront.

Political leaders including Prime Minister Justin Trudeau and Mayor John Tory lauded the initiative, with Trudeau saying the new neighbourhood will be a testbed for new technologies “that will help us build smarter, greener, more inclusive cities.” He added that he hopes this model will be embraced all over the world.

With few concrete plans for what Sidewalk Toronto will look like, the possibilities are almost endless. This makes it the ultimate experiment into what a “smart city” could look like – giving Toronto’s urbanists a lot to talk about.

On Thursday, experts from the University of Toronto and across the city shared their insight on what future of cities might look like at Promise and Peril in the Smart City: Local Government in the Age of Digital Urbanism, presented by the Institute on Municipal Finance & Governance (IMFG) and the Innovation Policy Lab at the Munk School of Global Affairs on U of T’s downtown Toronto campus.

“When we talk about smart cities, we want to acknowledge the fact that there's this huge amount of technology that could be applied to making cities more efficient ... but doing it in a way that acknowledges that cities are basically human places full of buildings,” said John Lorinc, Spacing magazine’s senior editor, who moderated the event.

Panelists included Zachary Spicer, a researcher at IMFG, Tracey Cook, executive director of municipal licensing and standards for the City of Toronto, Peter Sloly, a partner and national security and justice lead at Deloitte and former Toronto deputy police chief, and Pamela Robinson, an associate professor in the School of Urban and Regional Planning at Ryerson University.

Spicer’s words of caution are a thread that ran through the night’s discussion: While smart cities can be innovative and sustainable spaces full of opportunity, they run the risk of leaving members of the population out of the equation, deepening urban inequality.

Often the most vulnerable populations, like low-income and older residents, do not have access to the internet, he said, so they miss the opportunity to take advantage of many tech-focused urban initiatives. 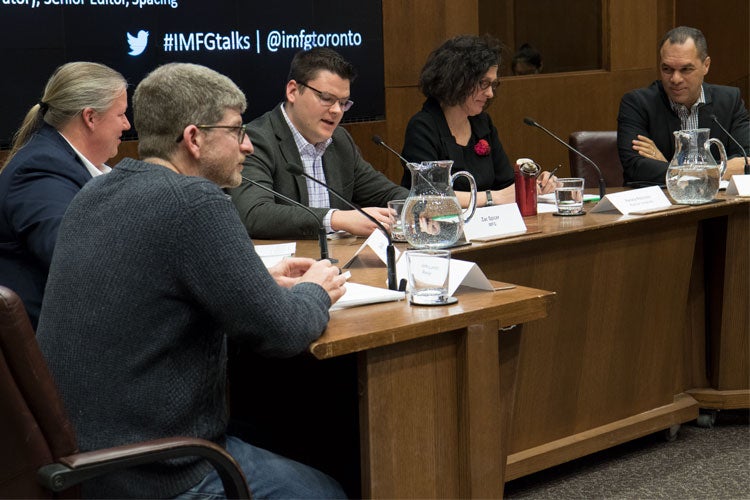 “We need to understand how this kind of technology maps itself on all of the people of Toronto and we need to start asking more people what they desire from this technology and what their fears are,” said Robinson, pointing to the research of David Hulchanski, professor at the Factor-Inwentash Faculty of Social Work on the growing gap between the city’s rich and poor.

Building smarter cities also means reacting to companies like Uber and Airbnb, which look to disrupt regulated industries like taxis and tourism. Cook said when it comes to regulation, the city has to strike a balance between innovation and inclusivity.

“As we're thinking about innovation, we're thinking about enabling people mobility,” she said. “We have to ensure we're addressing things such as our values, our employment insecurity and what we do with all these different factors we're facing with technology and its impact.”

“Everywhere is being turned on and everywhere is getting smarter, I'm just not sure we're getting more wise in the use of it,” said Sloly.

The question is how we ensure the data collected is being used in an ethical and appropriate way, said Spicer.

“Making it known and making people aware is the first step,” he said. “We don't educate people along those lines.”