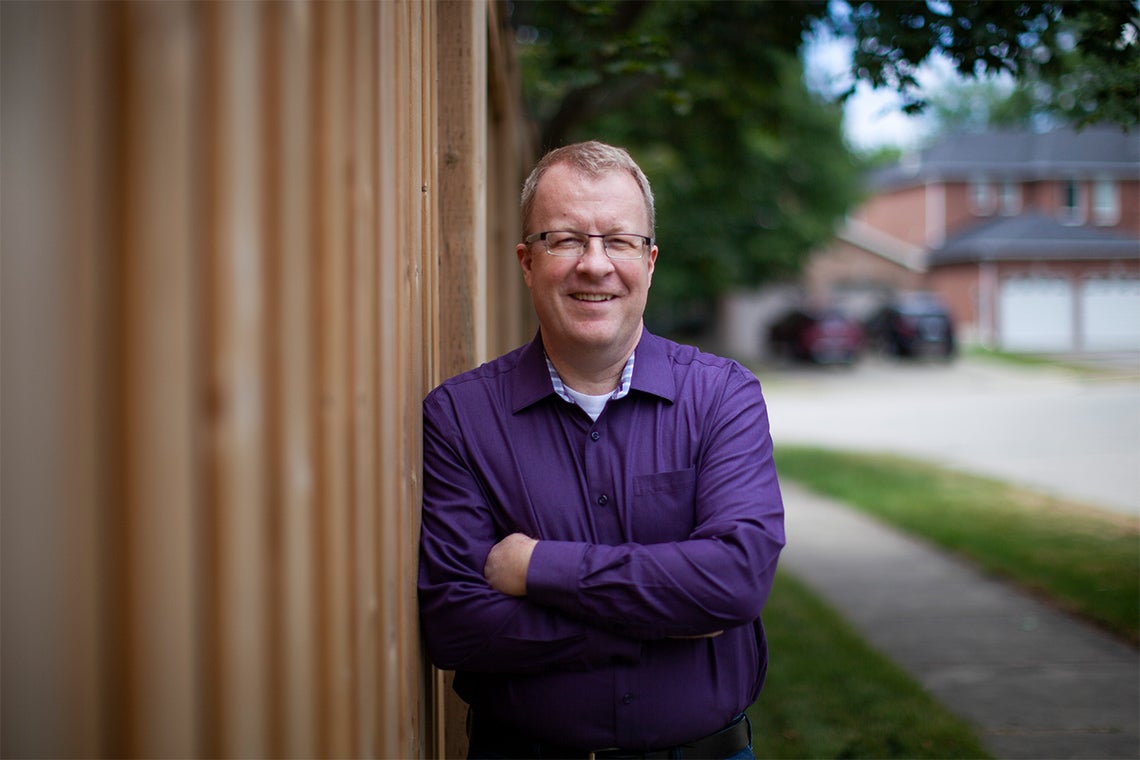 An antimicrobial coating developed by Quebec company I3 BioMedical Inc. can deactivate more than 99 per cent of SARS-CoV-2 – the virus that causes COVID-19 – on the outer surface of medical masks, tests carried out by University of Toronto scientists have shown.

The scientists, led by Professor Scott Gray-Owen of the department of molecular genetics in the Faculty of Medicine, used the faculty’s high-tech containment level three (CL3) lab to test the efficacy of the TrioMed Active Mask’s antimicrobial coating.

They found that the novel coating deactivated more than 99 per cent of SARS-CoV-2 within minutes, a finding that could represent a huge boon for health-care workers who are at risk of being contaminated with the virus by touching or adjusting their face masks. Indeed, the coronavirus has been shown to be present and infectious on the outer layer of masks for up to seven days, according to a recent study published in The Lancet Microbe.

“A big challenge for most people in the population who usually never wear surgical masks is comfort and fit. Because of this, people tend to be constantly adjusting their masks,” said Gray-Owen. “So they’re either contaminating their hands or, if their hands are contaminated, they’re contaminating a mask that’s close to their face and maybe even depositing the virus there, which they might then inhale.”

Gray-Owen says I3 BioMedical’s proprietary TrioMed Active coating material had previously been demonstrated to kill most microbes on contact, and was shown to remain directly coupled to the outside surfaces of masks rather than leach out into the environment or onto the skin of wearers.

“They had done this before with other bacterial and viral pathogens including influenza, and we extended these studies for them to show that SARS-CoV-2 was also susceptible,” Gray-Owen said.

The CL3 lab – the only such facility in Toronto – was approached by I3 BioMedical on the recommendation of engineers at the Public Health Agency of Canada, said Gray-Owen, who is director of the lab.

“We were one of the first labs to receive fast-track approval to culture and manipulate the virus. Samira Mubareka and Robert Kozak brought samples from infected patients at the hospital and expanded the virus, so we ended up being one of the first places in Canada where the virus was being propagated.”

Read the latest study by Mubareka and Kozak

“And so because we had the virus, and the fact that our facility has been operational for over a decade now, we had the capabilities to work with it.”

When the antimicrobial coating was present on the masks, “we could not recover any infectious virus from the suspension that had been applied to the mask,” said Gray-Owen.

“We repeated the tests and this was a reproducible finding, so it was pretty clear that there was a difference between TrioMed coated and non-coated material.”

Gray-Owen says while the CL3 lab is very much a research facility rather than a validation lab, the I3 BioMedical testing project was taken on because of the potential of the antimicrobial coating product to contribute to curbing the spread of the virus, and the company’s stated desire to supply masks to the Canadian market.

“We thought we had a very secure source of personal protective equipment like masks, having them produced by our good American friends next door, but sometimes other priorities emerge and the sharing doesn’t happen as equitably as we expected. So I think it’s incredibly important – based on the nationalistic tendencies of countries around the world in the face of the pandemic – that I3 is based in Canada and the research and manufacturing by this company was done in Canada,” said Gray-Owen.

“It’s incredibly exciting to support them and know that this material is the first that has been shown to deactivate the virus. It’s been surprising for us how well it worked, and it’s gratifying that it’s a Canadian company that is making this really innovative product.”