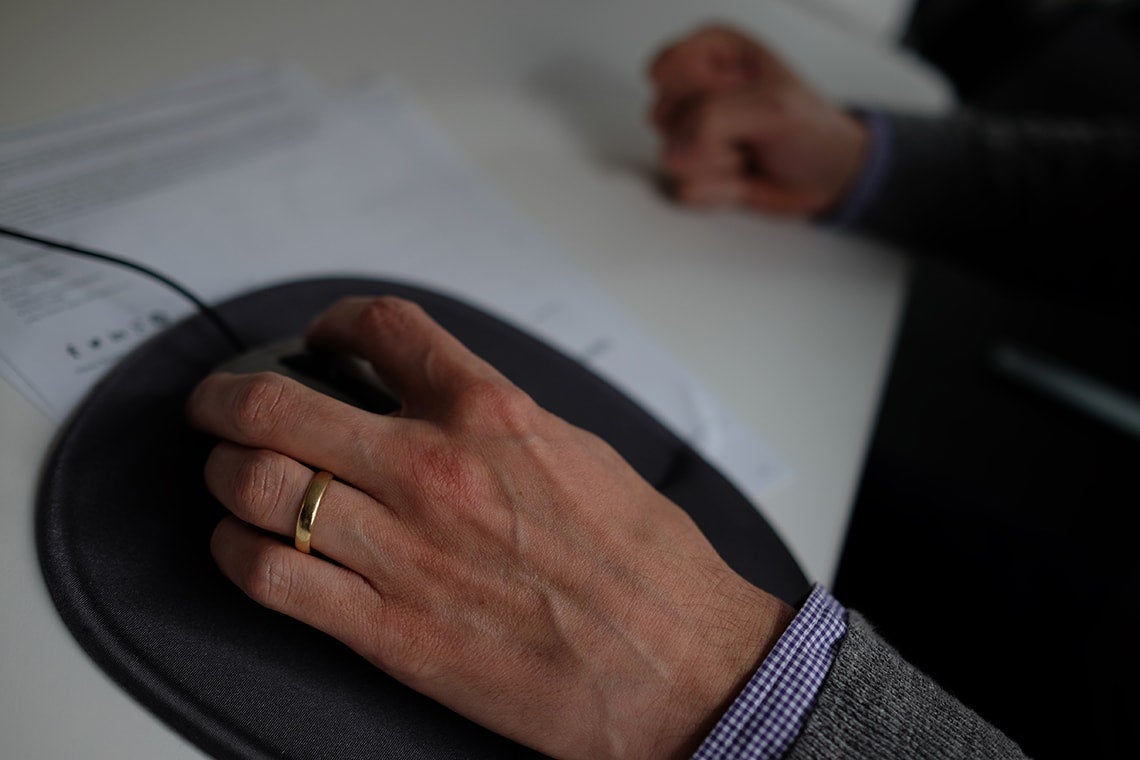 Domestic violence perpetration has costs to the workplace in terms of worker safety and productivity, a survey by researchers at U of T and Western University suggests (photo by Geoffrey Vendeville)

Researchers at the University of Toronto and Western University have taken an unconventional approach to studying effects of domestic violence in the workplace: talking to the abusers.

The result? By seeking the views of perpetrators of violence, their study, which was released today, found that domestic violence perpetration, like victimization, has costs to the workplace in terms of worker safety and productivity, and most employers lack adequate resources to help perpetrators deal with the issue.

The survey found that perpetration of domestic violence is associated with substantial negative effects on the productivity and safety of workers, with close to half of respondents (46 per cent) reporting that violence issues negatively affected their job performance.

“These studies clearly document the effects of domestic violence on workplaces that fail to address the distress, distraction, anger, and preoccupation workers experience in association with these issues,” said Katreena Scott, an associate professor at the Ontario Institute for Studies in Education (OISE)  and Canada Research Chair in Family Violence Prevention and Intervention.

“Our 2014 national study showed us the extent to which domestic violence follows victims to their workplaces. Our aim with this study was to ensure that policies, workplace education and interventions appropriately address both perpetrators and victims of violence in the workplace,” said Barb MacQuarrie, community director of Western’s Centre for Research & Education on Violence Against Women & Children. “Now we better understand how domestic violence perpetration extends from the home to the workplace as well.”

Read an article by the CBC on the study

Working together with 22 of Ontario’s Partner Assault Response programs, researchers conducted a survey of 500 perpetrators of domestic violence. Respondents came from all parts of the province and represented all service regions. The vast majority were men in heterosexual relationships who were identified as having perpetrated domestic violence and referred to intervention by the criminal justice system.

One-third of respondents (33.9 per cent) reported being in contact with their (ex)partner during work hours to engage in behaviours that were emotionally abusive or to monitor her actions or whereabouts. Of men who engaged in these behaviours, 25 per cent used workplace time to drop by her home or workplace. About 20 per cent indicated that their co-workers were aware of these behaviours.

Nine per cent of respondents reported that they caused or almost caused a work accident as a result of being distracted or preoccupied by these issues. About 25 per cent of respondents indicated that violence issues led to difficulties getting to and staying at work, and about 25 per cent reported taking paid time off work to deal with domestic violence issues.

“We know that domestic violence is a prevalent social problem, so it only follows that those who perpetrate this violence are our co-workers, our supervisors, and those working under our supervision,” said Tim Kelly, executive director of Changing Ways, the Partner Assault Response program in London. “This means our prevention and our intervention plans must address those who perpetrate domestic violence as well as victims.”

Only a third of men reported talking about their domestic violence issues with people at their workplace. When men did talk about their situation, they were most likely to talk to their co-workers or supervisors.

Men were often reluctant to talk about this issue due to concerns about losing their jobs. More than one-quarter of respondents (26.2 per cent) reported losing their job as a direct or indirect result of domestic violence issues. Many commented that these issues have made it more difficult to seek new work.

“It is important to understand the experiences of the perpetrators of violence in sharing information with their workplaces and their opinions on the types of resources that should be available,” said Scott. “Education is needed and so too are resources to support workers who are using violence in their intimate partner and family relationships.”

This research was supported by the Social Sciences and Humanities Research Council of Canada.

HumanitiesOntario Institute for Studies in Education