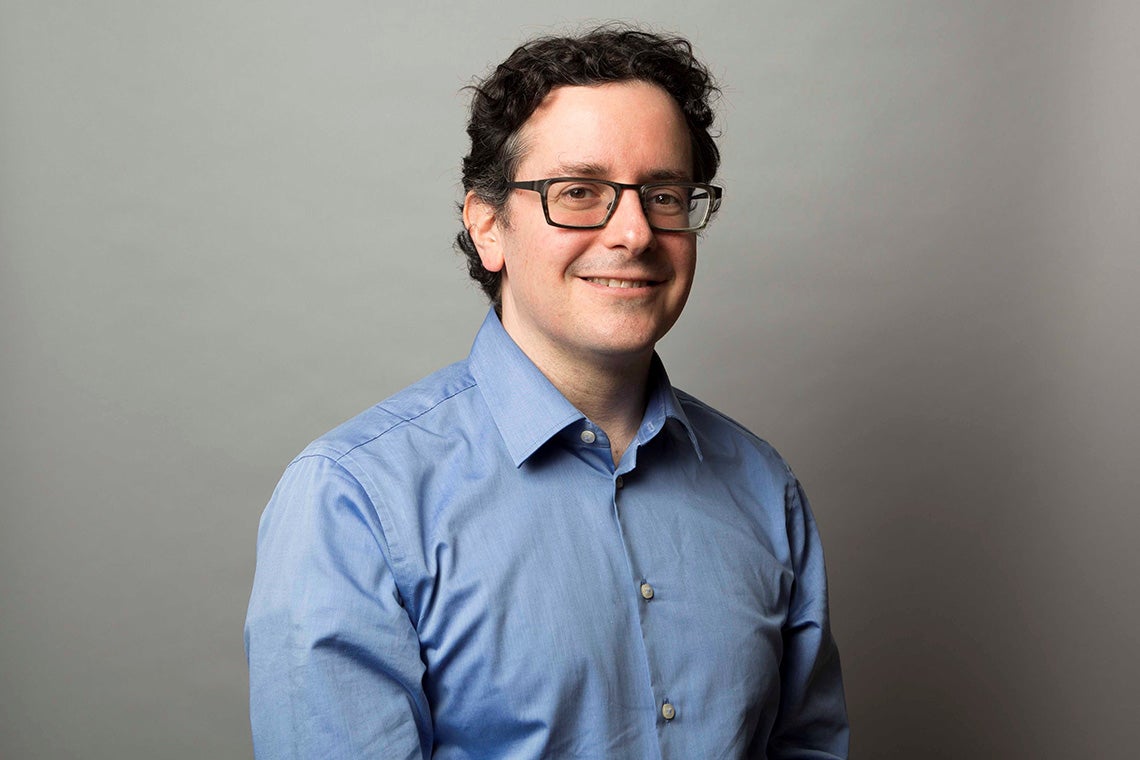 To turn back the clock on Alzheimer’s disease, many researchers are seeking ways to effectively diagnose the neurodegenerative disorder earlier.

One potential way to do this is by tracking a person’s brainwave activity, which slows down in certain brain regions that are likely to be affected by the disease next, according to recent findings by University of Toronto and Baycrest researchers.

The study, published recently in the journal Human Brain Mapping, found that individuals potentially in the early stages of Alzheimer’s disease (mild cognitive impairment) and those with a rare form of language dementia (primary progressive aphasia) exhibited sluggish brainwaves and subtle signs of damage in the brain regions responsible for memory and planning. These individuals only displayed minor memory and thinking problems, but their slowing brainwaves predicted the severity of their condition, such as their degree of memory loss.

“By using brain imaging, we were able to pinpoint that this slowing of electrical activity occurs in specific regions that have not yet lost brain cells, but are negatively affected by the disease,” says Jed Meltzer, senior author and Canada Research Chair in Interventional Cognitive Neuroscience at Baycrest’s Rotman Research Institute. “This means that these areas could be more responsive to treatments since the brain cells have not died yet and are only starting to undergo damage.”

These brainwaves may also change in response to interventions, adds Meltzer, who is also an assistant professor in the departments of psychology and speech language pathology at the University of Toronto.

“Our work identifies a potential biomarker that indicates when the brain cells start to malfunction and opens the door to implementing targeted brain treatments during earlier stages of neurodegenerative disorders,” says Meltzer.

Surprisingly, the study also found that healthy older adults displayed “sped up” brainwaves compared to young adults, which is distinctly opposite to the trajectory of older adults with dementia.

“One of the challenges in diagnosing Alzheimer’s disease is differentiating whether changes to the brain’s structure are a part of normal aging or actually early signs of the disorder,” says Meltzer. “Based on these findings, researchers could potentially use measurements of brainwave activity before and after an intervention to test its effectiveness in a faster and clearer manner.”

The study analyzed the brain’s electrical activity and brain structures of 64 adults as they were unfocused on any tasks (otherwise known as resting state). Magnetoencephalography (MEG) was used to measure brainwaves and pinpoint their specific location, and magnetic resonance imaging (MRI) was used to assess the loss of brain cells. Research participants also underwent evaluations that tested their cognitive abilities.

As next steps, the team is exploring the use of brain stimulation as a way to slow the progression of neurodegenerative disorders, such as Alzheimer’s disease.

The team hopes to continue validating the use of brain activity as a reliable health indicator for early signs of dementia. Researchers could also expand their work on determining effective ways to stall the development of neurodegenerative disorders or treat premature brain changes using non-invasive electrical stimulation.

This research was supported by the Alzheimer’s Association, the Canadian Partnership for Stroke Recovery, the Ontario Brain Institute, the Canada Research Chairs program and the Sandra A. Rotman Program in Cognitive Neuroscience.