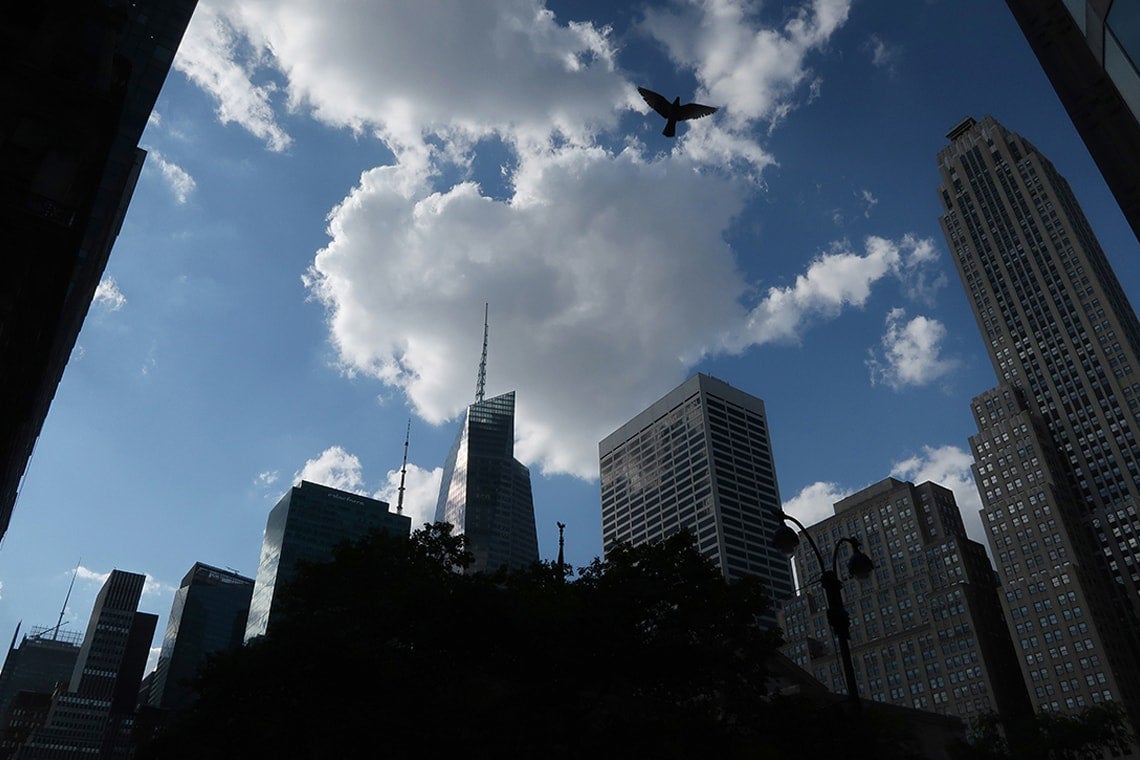 Even though he grew up in an urban area surrounded by buildings, it wasn't until Omar Yossofzai took part in a study on migratory birds that he realized how many birds die daily after crashing into buildings.

The fourth-year undergrad led a group of U of T Scarborough students to track fallen migratory birds colliding into campus buildings over a 21-day period last fall.

The group was part of a massive North American study looking at the number of birds crashing into windows. Altogether, 40 colleges and universities across North America were involved in the project with U of T Scarborough being the only contributor of data from Toronto and southern Ontario, which falls in an important migratory corridor for birds.

“It was kind of stunning to see dead birds on the ground,” says Yossofzai (below), a biology student who led the U of T Scarborough portion of the study. 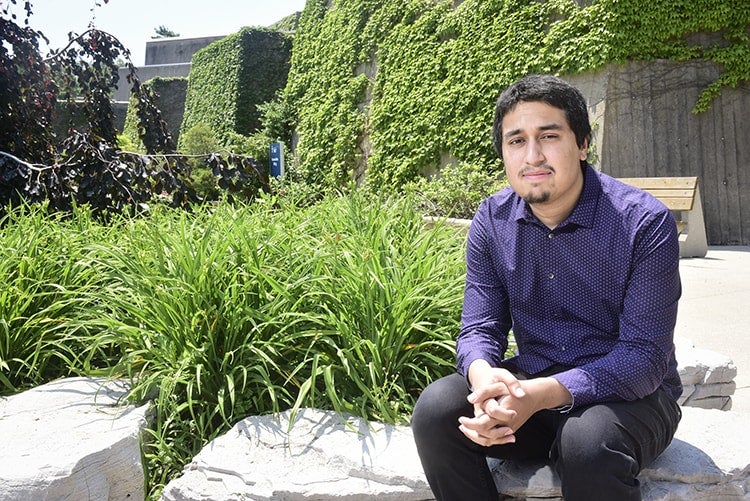 Professor Stephen Hager of Augustana College in Illinois launched the study to understand the effect building size and vegetation cover was having on migratory bird mortality rates.

A total of 19 bird carcasses – all non-native migratory species – were found on the U of T Scarborough campus. Of that number, 12 died in collisions with the humanities wing.

Jason Weir, associate professor of biological sciences at U of T Scarborough, says it makes sense that the humanities wing is a magnet for bird collisions.

“It’s a large building next to an area of low urbanization with lots of vegetation, so naturally it’s a hotspot for birds, especially migratory birds,” says Weir, who supervised Yossofzai and whose fourth-year ornithology class participated in the project.

That’s not to say greater urbanization in general doesn’t have an effect on bird collisions, adds Weir.

More buildings, especially large ones, increase the overall risk of a collision. Rather, the take home message should be that all large buildings, particularly those in areas of low urbanization with vegetation coverage, should adopt better conservation practices, he says.

“Toronto is an important place to consider because even though it’s urban, we have a lot of natural vegetation with extensive amounts of forested areas in an urban setting, and it’s in a migratory corridor,” Weir says.

It’s estimated that nearly 1 billion birds die annually in North America as a result of colliding with building windows. Since the 1970s, there’s been a sharp decline in boreal forest bird populations, Weir says.

While climate change and loss of winter habitat in central and south America are factors, he says what’s happening when these birds migrate could be a major factor in driving their numbers down.

“Human-caused mortality on migratory birds is astronomical,” he adds.

In addition to building collisions, house cats also have a huge effect on the migratory bird deaths, notes Weir. Past studies showed that house cats are responsible for as many as 4 billion bird deaths every year across North America.

He says practices such putting decals on the outside of windows every few feet and turning out lights or lowering blinds during early morning and late evening, especially during migration, are good starts. Keeping cats inside, or at the very least putting a bell around their neck, can also go a long way in reducing bird deaths, he says.

“Any conservation steps that we can take to mitigate the mortality rate would be very helpful,” Weir says.