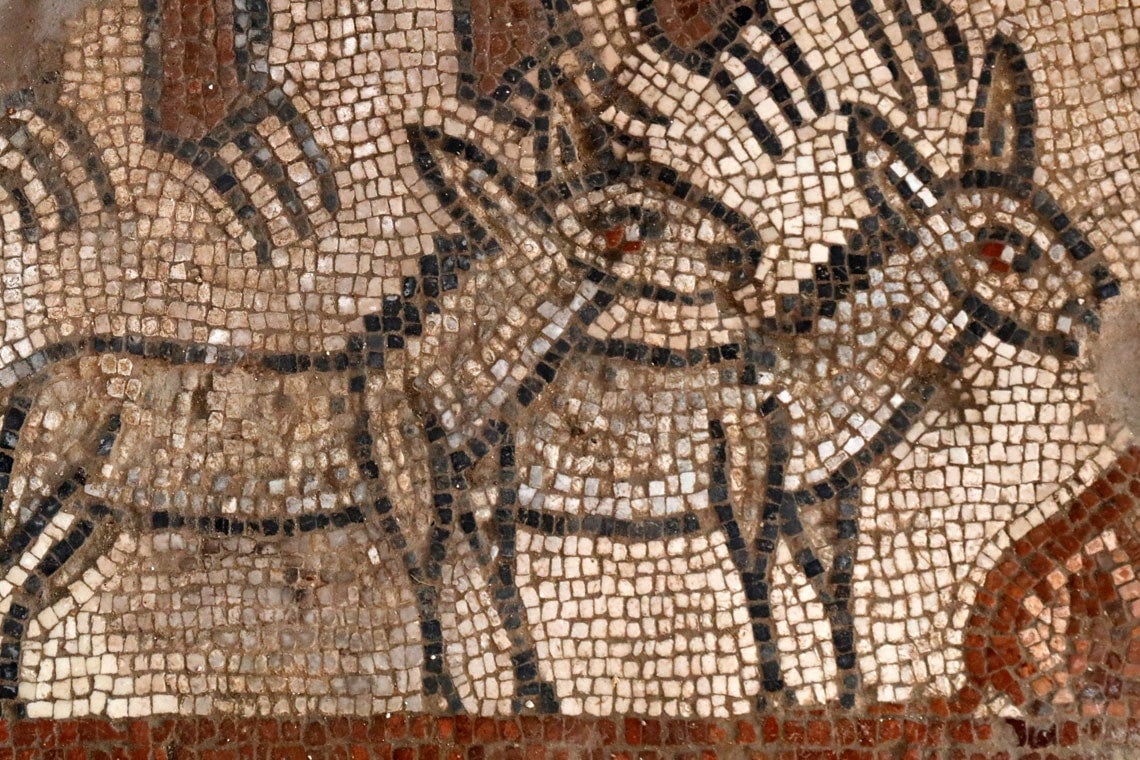 “We get to help find them and be the first to see them. As an archaeology student, you can't beat that!”

An international team of archeologists from United States, Israel and Canada have discovered stunning new floor mosaics decorating the interior of a synagogue dating to the Late Roman period (ca. 5th C.E.) in Israel.

Huqoq — the site of the discovery, located about 2.4 kilometres northwest of the Sea of Galilee — is an ancient Jewish village near the modern-day town of Migdal.

The mosaic panels decorating the floor of the synagogue’s nave (centre of the hall), portray two biblical stories: Noah’s Ark and the Parting of the Red Sea. The panel with Noah’s Ark depicts an ark and pairs of animals including elephants, leopards, donkeys, snakes, bears, lions, ostriches, camels, sheep, and goats. The scene of the Parting of the Red Sea shows Pharaoh’s soldiers being swallowed by large fish, surrounded by overturned chariots with horses and chariot drivers.

This year, five undergraduate students joined geoarchaeologist Emily Hubbard of U of T’s Archaeology Centre on the dig.

Witnessing the uncovering of the mosaics was very special: “After working so hard in the field day after day there is nothing like that moment when more of the mosaics are revealed and we all get to witness it,” said University College student Emma Kerr, who’s working towards an archaeology specialist degree with minors in Near & Middle Eastern civilizations and geographic information systems.

“These incredibly decorated floors haven't been seen since the fifth century and we get to help find them and be the first to see them. As an archaeology student, you can't beat that!” 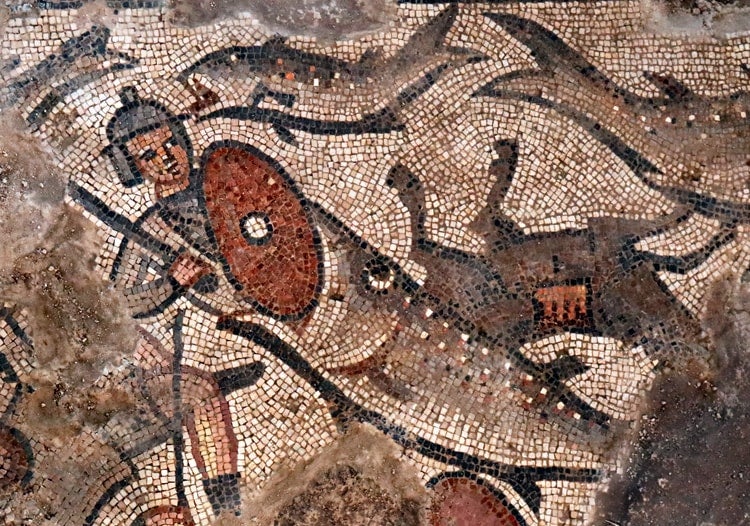 Three U of T students with previous experience on the site — Kerr, Irene Chirmanova and Camille Angelo — took on supervisor roles this season, while Anne James and Gabi Lichtblau participated in their first archaeological project.

“I really wanted to participate because I plan to specialize on Israel and the Middle East," said James, a Trinity College student heading into her third year of studies in archaeology with a double minor in human and physical geography. "Plus I heard so many great things about the project and the cool things being uncovered.”

The Huqoq excavations are directed by Professor Jodi Magness of the College of Arts and Sciences at the University of North Carolina at Chapel Hill, with Assistant Director Shua Kisilevitz of the Israel Antiquities Authority. U of T has been involved in the project since its inception in 2012 with various teams of undergraduate students taking part.

Recent U of T graduate Camille Angelo — who will start a Masters of Religious Studies at Yale Divinity School in the fall — has been participating in the project for three years. “I kept coming back because I wanted to answer all of our questions about the site. I found that our team could not maintain any expectations about what we might find because each phase presented so many surprises.” 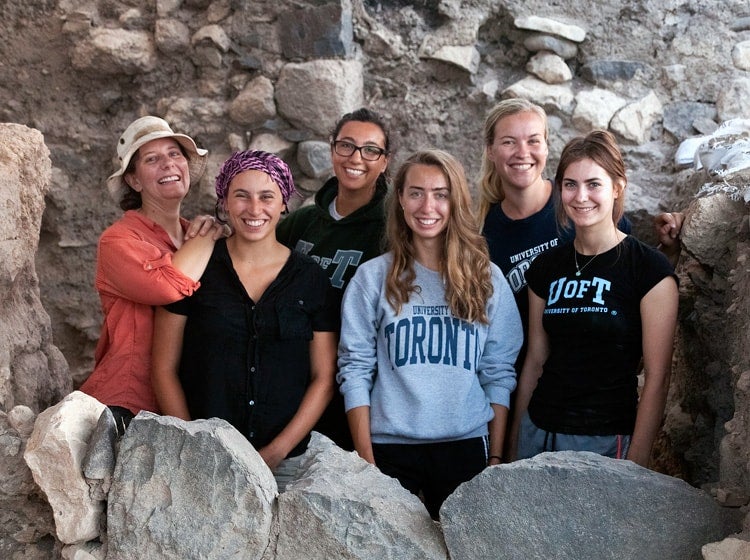 According to the project leader, the scenes discovered are very rare in ancient synagogues. "The only other examples that have been found are at Gerasa/Jerash in Jordan and Mopsuestia/Misis in Turkey (Noah’s Ark); and at Khirbet Wadi Hamam in Israel and Dura Europos in Syria (the Parting of the Red Sea)," said Magness.

Mosaics were first discovered at the site in 2012, and work has continued each summer since then. In 2012, a mosaic depicting Samson and the foxes (as related in the Bible’s Judges 15:4) was found in the synagogue’s east aisle. The next summer, an adjacent mosaic was uncovered that shows Samson carrying the gate of Gaza on his shoulders (Judges 16:3). Another mosaic discovered in the synagogue’s east aisle in 2013 and 2014 depicts the first non-biblical story ever found decorating an ancient synagogue – perhaps the legendary meeting between Alexander the Great and the Jewish high priest. A mosaic panel uncovered in 2015 next to this scene contains a Hebrew inscription surrounded by human figures, animals, and mythological creatures including putti (cupids).

“This is by far the most extensive series of biblical stories ever found decorating the mosaic floor of an ancient synagogue," said Magness. In addition to the partner institutions — the Israel Antiquities Authority, UNC, Baylor University in Texas, Brigham Young University in Utah, and the University of Toronto — the 2016 project was supported by the National Geographic Society and the Memorial Foundation for Jewish Culture. The University of Toronto's ongoing participation in the project has also received regular support from the Canadian Institute for Mediterranean Studies.

The two-week pre-dig program for U of T students was funded by the Canadian Friends of the Hebrew University.

The mosaics have been removed from the site for conservation, and the excavated areas have been backfilled. Excavations are scheduled to continue in summer 2017.