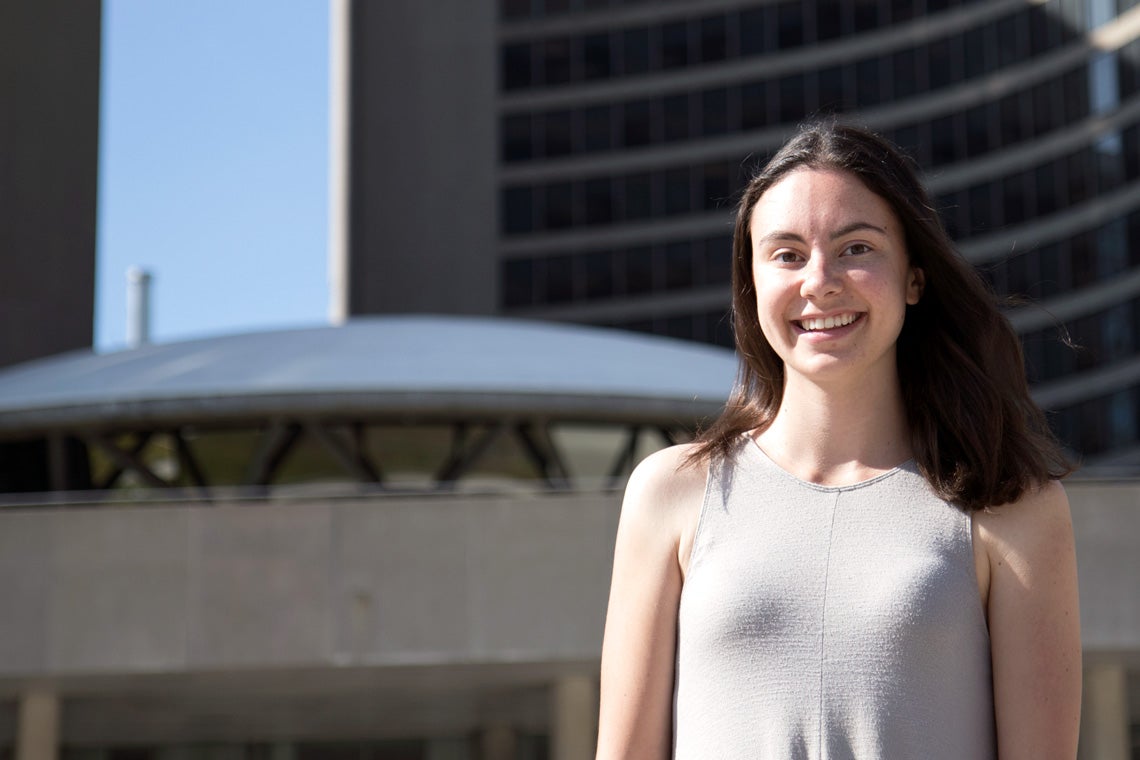 If you want to know what’s really on the minds of Torontonians, ask Jane Drumm.

The University of Toronto urban studies major, who will start her fourth year of studies in September, has spent almost a year fielding letters, emails and phone calls from Toronto residents on everything from gun violence to Premier Doug Ford’s plans to cut the number of city councillors.

“You really get to know what’s going on in Toronto and the issues the city is facing,” says Drumm.

Since September, Drumm has been interning at Toronto Mayor John Tory’s office – working full time there for the summer.

Drumm and her team are the first line of communication for any Toronto resident looking to get in touch with the mayor’s office. That often means speaking with Torontonians who are angry or frustrated by a particular issue, she says.

“But once they realize someone is actually listening to their opinions, I can tell right way that they've calmed down,” says Drumm. “It gives them a sense of reassurance that their voice is being heard.”

It’s been a year full of hot-button issues in Toronto – many of which have divided the city’s residents. If it’s making headlines, Drumm is likely hearing about it at her office.

“Whenever something major happens, we do get an increase in constituent responses,” she says.

In the wake of the shooting on the Danforth and Premier Ford’s council-cutting plan, Mayor Tory’s constituency affairs team has been dealing with a high volume of correspondence, says Drumm.

“We're just trying to get back to all of the people calling and writing in to us,” she says.

Drumm’s role at city hall offers a unique experience to apply her studies to real-world issues and the policies that shape the city. She’s particularly interested in the way the city tackles housing issues.

“I get to see committee documents for new developments going on in the city. That always catches my eye,” she says. “When people write in about the affordable housing situation – it sparks my interest.”

“Jane helped many residents navigate the city’s services – from housing, to waste collection, to police services,” says Arvanitis, who oversees summer interns and co-op students. “From logging into our computer system to writing responses, Jane developed a good system working with the mayor’s advisers on residents’ letters, and as a result, our response time to mailed-in correspondence improved.”

Arvanitis says U of T students have a lot to offer during their placements.

“Students bring a great infusion of energy to the office – they jump at the opportunities given to them and are eager to make a difference,” she says.