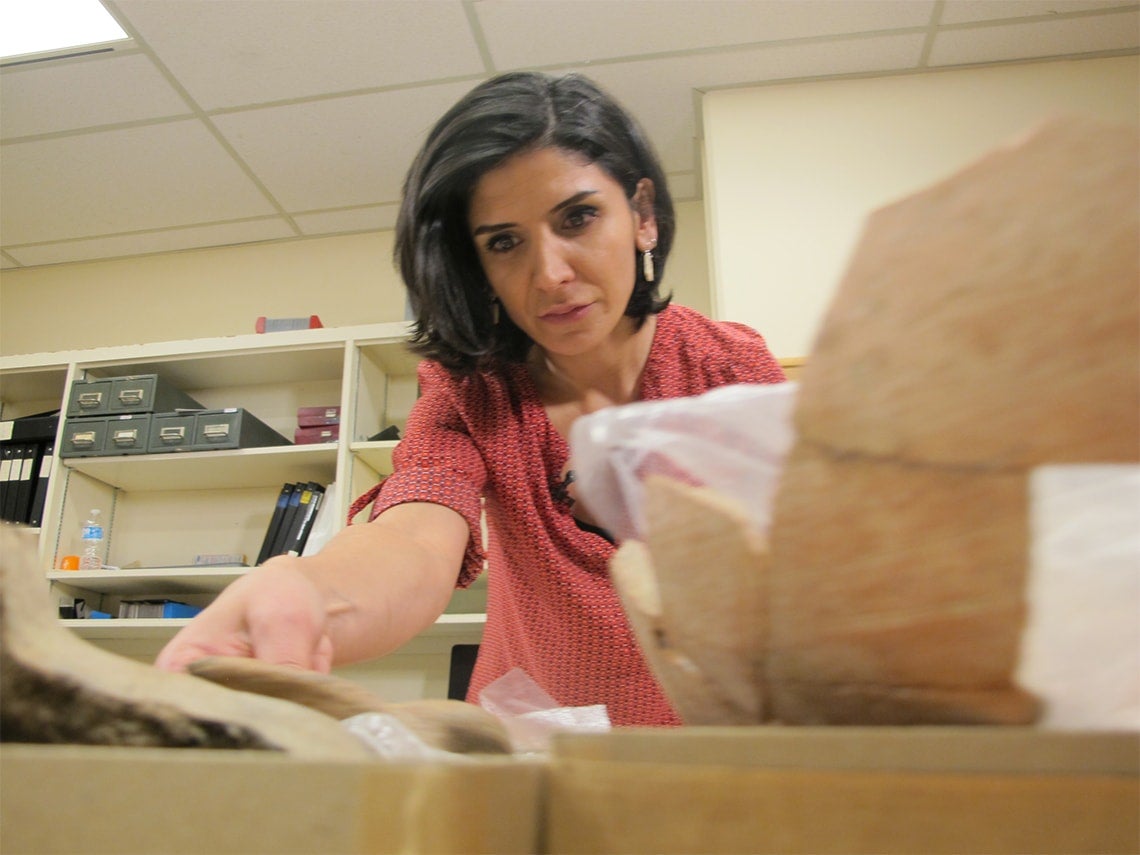 Newly reunited with her family who fled from Syria, and grateful for the welcome they’ve received in the city she considers her new home, U of T PhD student Rasha Elendari is feeling inspired by love, even as she tries to dispel hate and fear.

A flood of media coverage about Elendari and her family, who were reunited through the collaboration of Toronto-area Muslims and Jews, has generated hundreds of messages of support and well wishes, but also some expressions of intolerance and mistrust.

Elendari says she reads the negative comments – even the nastiest ones – without taking it personally.

“I understand why these people are feeling this way, and I don’t blame them,” says Elendari, a PhD student of Middle Eastern archaeology at the Faculty of Arts & Science. “They see some psychopath do something, and it’s all over the news. They have a right to be scared. We shouldn’t ignore them and call them racists. We should listen and educate them.”

That’s why Elendari is embracing the publicity around her family’s story even though she did not seek it out. In her eyes, the same media that often fans the flames of hatred also has a tremendous power to build bridges.

“The media here are doing a great thing by introducing the Syrian newcomers to Canadians. It’s for a good cause, and it shows beautiful things like the collaboration between the mosque and the synagogue.”

Another collaboration Elendari is excited about is the organization she runs at the department of Near & Middle Eastern civilizations and Victoria College called the Cultural Exchange and Support Initiative, or NMC-CESI, which is funded by the Faculty of Arts & Science.

Media coverage of the group has generated emails from envious Americans despairing about their own country and its new president, and offers of help from all over Toronto and Canada.

It’s just one of the bridge-building activities Elendari is juggling as she works to complete her studies, spread awareness about Syrians and now, help her family integrate into Canadian society and the city she loves for its diversity.

She moved here in 2012 after completing her master’s degree in the United States on a Fulbright scholarship. She was immediately struck by the differences she observed between Canada and America.

“In the U.S., people need to follow a certain norm in order to feel included and accepted,” says Elendari. “But here, you see all these ethnic neighbourhoods like Chinatown and Little Italy, and yet the people are still so Canadian.”

Elendari almost didn’t get to experience her new Canadian home. She wanted to go back to Syria when the war broke out, but her family convinced her to stay. Now she’s taken on the responsibility of helping them since their arrival in Toronto on Jan. 10th, a reunion that was filmed by CBC’s The National.

It’s early, but she’s confident it won’t take them too long to start contributing to Canadian society.

Her sisters and brothers-in-law are already starting to practise their various professions, from filmmaking to pharmacy. Her parents, who were well-known as teachers and humanitarian workers in Syria, are eager to start learning English.

“They are educated and accomplished people, but they’ve come to a new country, and now they feel ignorant. It will take them a little longer, but they are hard-working and they want to be active,” she says, noting her father is always peppering her with questions about the nuances of English grammar.

In the meantime, Elendari continues her studies on fourth-millennium BC Mesopotamia, even as some of the most precious sites are being destroyed by the region’s fighting.

She can also relate to what some Canadians may be feeling now about the influx of newcomers from the Middle East.

A million Iraqis poured into Syria fleeing the war that started in their country in 2003, and met with some resentment for the pressure they put on an already poor country.

“Many Syrians were annoyed, but nobody said to close the door. Now, when people feel the same way here, we know where it comes from,” Elendari says.

“I am hoping those people will try to talk to Syrians and decide for themselves if they really are terrorists, or just normal people who are running away from terror.”