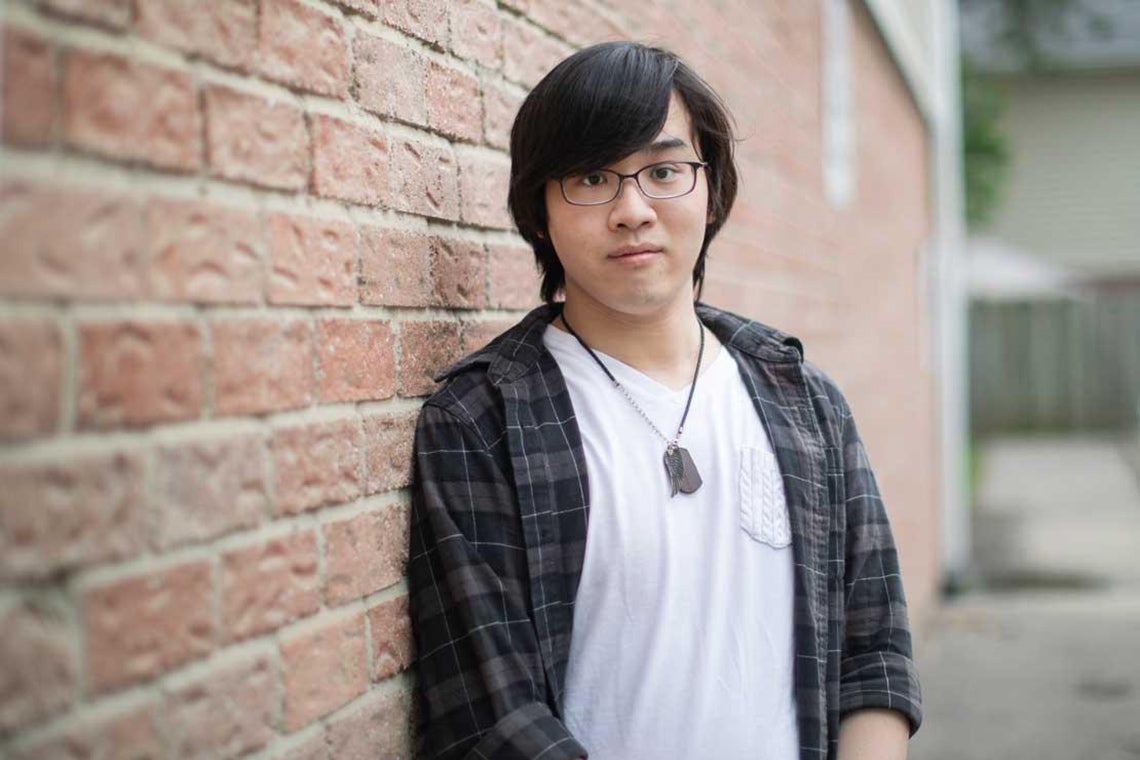 Reynold Tsui, a fourth-year student at U of T Mississauga, was named a finalist in a recent video game design competition – the first one he has ever entered (photo by Nick Iwanyshyn)

Reynold Tsui, a student at the University of Toronto Mississauga, recently won top honours in an international video game design competition, despite having little actual experience in the field – and he credits his English and art history classes for providing the necessary inspiration.

The fourth-year student was named a finalist in the inaugural Intergalactic Murder Gardening Contest, a video game design competition from Toronto-based interactive media company Stitch Media. Tsui, who studies art, art history and English, was inspired to enter the competition after spotting a YouTube ad about designing a level for Terrorarium, a 3D video game developed by Stitch. Contestants were asked to build upon the basic foundation of the game, adding unique landscape features and devising challenges for players to solve.

It was Tsui’s first-ever foray into competitive video game design.

“I really wanted to accomplish something before I graduate and take that next step,” he says. “When I saw the advertisement, I thought, ‘Why don’t I give it a shot?’”

The competition for students and new graduates drew more than 260 entries from across Canada, the U.S. and the United Kingdom. Top prizes included a cash scholarship, Nintendo game gear, as well as design credit and inclusion of the winning levels in the final version of the game, which is set to launch later this summer. 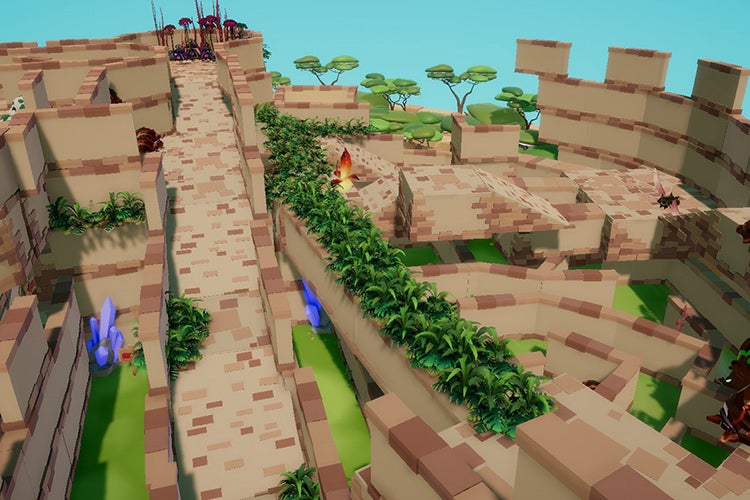 Tsui says he took inspiration for his entry, “Abandoned Castle,” from the ruins of Italian and French castles that he studied in his art history classes at U of T Mississauga (image courtesy of Reynold Tsui)

Taking the form of a grandmotherly humanoid bug accompanied by an army of tiny, blobby creatures, players of Terrorarium must navigate different levels to solve puzzles and ultimately win “the blue ribbon from the Intergalactic Horrorcultural Society.”

Tsui’s entry, “Abandoned Castle,” challenges players to navigate through a stacked maze of crumbling buildings and overgrown garden paths peppered with carnivorous plants, terrifying insects, fire-breathing monsters and other traps. The budding designer says he took inspiration for the game’s landscape design from ruins of Italian and French castles that he studied in his art history classes at U of T Mississauga.

Tsui also drew upon his experience with an English course on video game design, taught by Siobahn O’Flynn in the department of English and drama. In the course, students learn about plot development and critical game theory and create a story-based digital word game.

“That class established a fundamental understanding of games for me,” Tsui says, noting that the game he created for the course was designed to trick and confuse players.

His Terrorarium entry takes a similar tactic. As players move through Tsui’s maze of ruins, they are faced with choices that may lead them down the wrong path – sometimes to their doom if they fall for the tricks Tsui included to keep players on their toes. “It might seem straightforward, but the player might get a reward or they might be sent back to the beginning,” Tsui says.

“Games are supposed to be fun,” Tsui adds, noting that he played the entire level five times to ensure players could solve it. “It’s a tricky course, but I didn’t want to make it unbeatable. When I play it, I walk into every trap to see what will happen. I really put myself in the player’s shoes.”

In a recent online showcase of the winning entries, Stitch’s designers lauded Tsui for his maze design, noting that his entry helped them better understand the possibilities and challenges of creating a multi-level maze within the game. “It shows a lot of patience and dexterity,” said one of the panellists. “We referenced your level a lot when we were trying to improve visibility of the Gardener.”

Encouraged by his competition result, Tsui plans to spend more time learning about programming and working on game design. “I would like to make contributions in authentic reality and virtual reality,” he says. “Games really inspire me. I want to learn more and apply my knowledge.”

Tsui says his personal credo, both in the virtual worlds and real life, is all about stepping into the unknown: “It’s about having the courage to make that step forward and take a risk.”