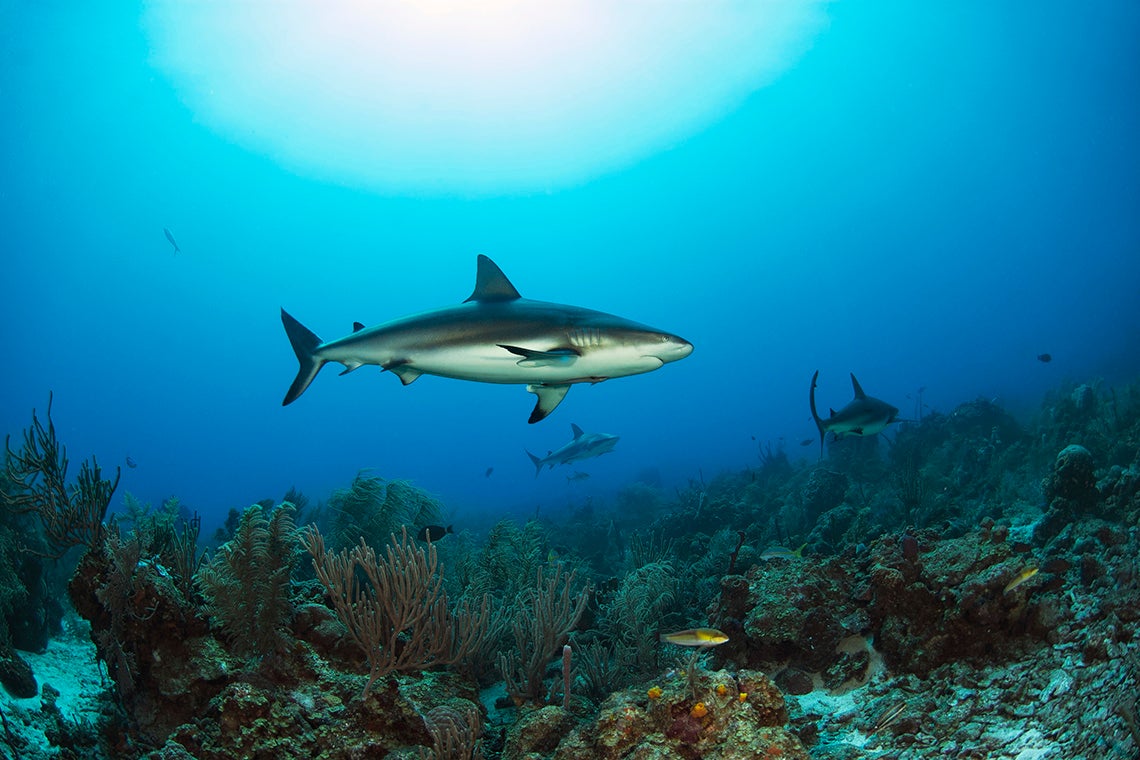 If you’ve ever watched Shark Week, you might think the life of a shark researcher is full of adventure involving near-death encounters with sharp teeth and snapping jaws. The reality looks much different, often requiring patience rather than courage in the face of danger, as Vinky Wang and Jessica Long know.

Rather than swimming with sharks, Wang, an undergraduate student in the University of Toronto's Faculty of Arts & Science, and Long, a recent alumna, spent hours hunched over their computers cleaning, analyzing and visualizing data from observations of sharks in their natural habitat. The data set was supplied by the Shark Lab, a research unit studying the ecology of marine animals at the California State University, Long Beach.

Under the supervision of Vianey Leos Barajas, an assistant professor in the department of statistical sciences and the School of the Environment in the Faculty of Arts & Science, Wang teamed up with Shark Lab researcher Jack May to determine how changes in water temperature impact the life and behaviour of leopard sharks along Southern California’s coast. 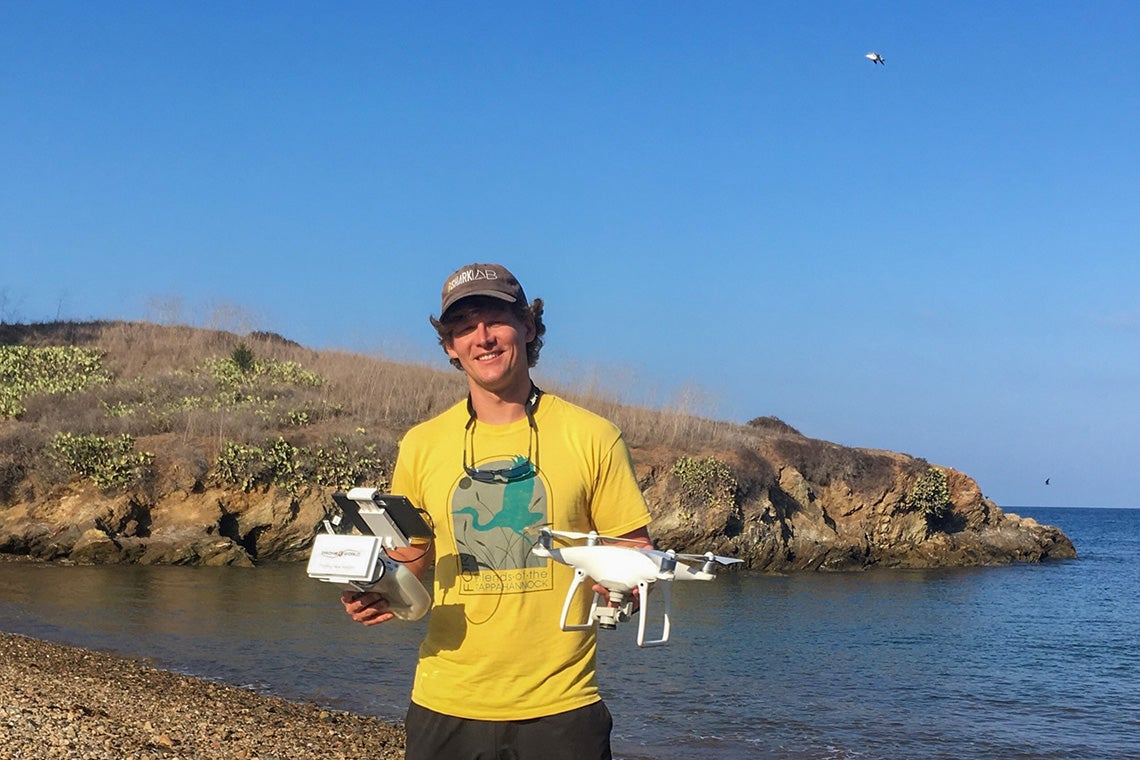 Shark Lab researcher Jack May used drones and underwater temperature loggers to collect the information the team of U of T researchers needed for their data analysis.

“The data is basically just a bunch of longitude and latitude coordinates and the number of sharks observed,” explains Wang, a statistics, geography and math student. “After you fit your statistical model and print out your output, you basically just have a lot of numbers. We then created a visualization that mapped all the coordinates, so you can see a map of the study region. You can see how the sharks move within each grid cell and where they prefer to aggregate and cluster.”

Preliminary findings show that leopard sharks are rather picky when it comes to water temperature. After analyzing the data collected by May over two summers, it seems leopard sharks seek out areas in a specific range of temperature. They might prefer to hang out in one spot but don’t hesitate to move on to a different area if temperatures change and end up falling below or above the sharks’ preferred range.

With scientists ringing the alarm bells about climate change – most recently through an Intergovernmental Panel on Climate Change report – the importance of leveraging data to understand the impact of environmental changes on marine animals is a vital tool in protecting the oceans and its inhabitants, May says.

“The better we can understand how temperature affects sharks distribution and behaviour, the better we can manage them and make sure they have a healthy population for some time to come,” he says. “Statistics and coding play a huge role in that. With better technology comes better data and, as researchers, we need to know how to make sense of that.”

Long, who recently graduated with a bachelor's degree in statistics, math and economics as a member of Trinity College, spent her summer working alongside Shark Lab researcher Emily Meese on a similar project, analyzing the movements and behaviours of California horn sharks.

The most challenging part of her work was learning how to use “hidden Markov models” (HMMs), a complex statistical approach frequently used to model biological sequences and reveal patterns in animal behaviour.

This visualization, created by Wang, takes data from drone footage and other sources to match areas where sharks like to cluster to certain seafloor temperatures.

“I had no prior experience with HMMs, so I had to read through textbooks and papers to get an understanding of what to do. It was a huge learning curve. Using statistics to study and classify animal behaviour in general is actually quite complex,” says Long. “I learned a lot through this project, and I really enjoyed teaming up with people in the field and learning about their work.”

Leos Barajas emphasizes that working in interdisciplinary teams is a key component of all B.E.E.S projects and an important factor in student learning, as well as statistical research in general.

“What I’ve seen this summer is that pairing students with researchers from other disciplines has worked very well,” says Leos Barajas. “Statisticians alone can't make sense of the data. We need to work with experts in other fields to really understand what it is we’re doing.”

The team is currently working on expanding their model to include data from other locations in order to see if there are other factors in addition to temperature that might affect the sharks’ behaviour.

“I find it rewarding to be able to apply the skills I learned in class to real-life data and to see results that have actual meaning and implications,” says Wang. “The thought that this project might lead to more research and make a real difference is really motivating.”