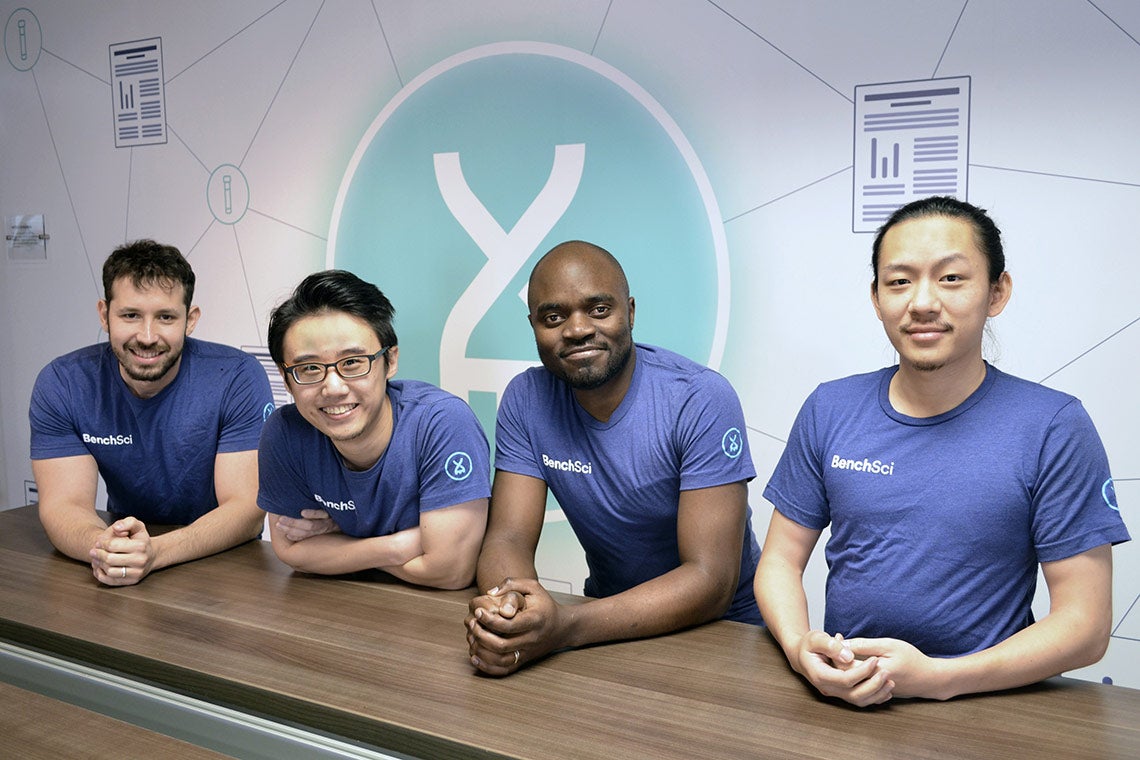 A biomedical startup founded by University of Toronto alumni has raised US$8 million from a group of investors that includes Montreal’s iNovia Capital and Google’s Gradient Ventures.

BenchSci, founded in 2015, uses artificial intelligence to scan millions of data points in published research papers in a bid to speed the drug discovery process.

“We think they’re going to have an outsized impact on both the biochemical world and on the Canadian entrepreneur community,” Ankit Jain, a founding partner at Gradient and director of engineering at Google, told the Globe and Mail.

Read more about the deal in the Globe and Mail

The idea for BenchSci was hatched after Tom Leung, who did his PhD in epigenetics at U of T, struggled to find the best antibodies for his experiments. He built the company with fellow U of T researchers David Chen, Elvis Wianda and Liran Belenzon and received support from several U of T incubators and accelerators, including The Entrepreneurship Hatchery, Creative Destruction Lab and Health Innovation Hub (H2i), according to the company’s website.

BenchSci, whose customers include Big Pharma and academic research institutions, will use the funding to grow the size of its 23-person team to more than 30 employees,  Leung told CBC. He added the involvement of the Alphabet subsidiary (Google's parent company) would add considerable value to the young company, which counts Richard Zemel, a U of T computer science professor and the research director at the Vector Institute, as one of its advisers.