U of T sociologist maps the social networks of seniors 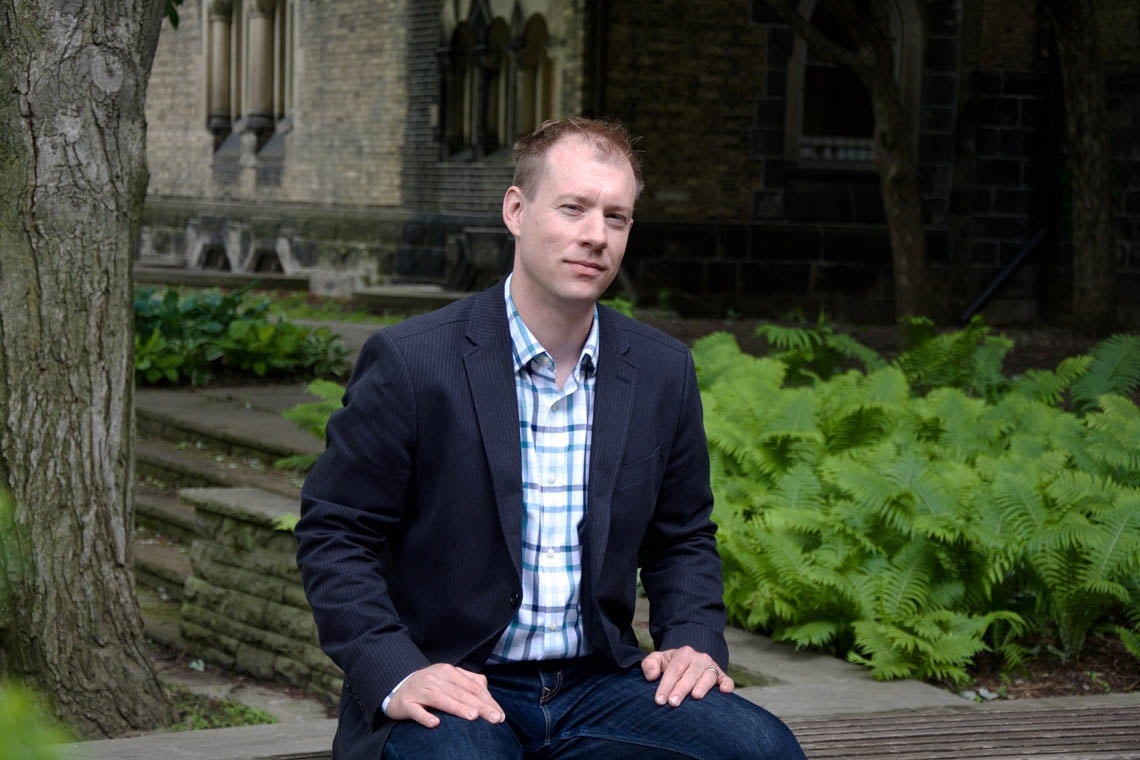 If you’re 18, you likely spend a lot of time cultivating your social network, but what if you’re 80?

According to University of Toronto sociologist Markus Schafer, the social networks of senior citizens play a key role in their overall health.

Schafer decided to study networks in seniors after he spent 2005 living in a retirement residence as part of a partnership between a gerontology program at Purdue University, where he was completing his PhD, and a local continuing care community. After living among these residents for a year, he set out to interview each person in the community.

As part of his survey, Schafer asked seniors to name the people they spent time with and with whom they discussed important matters.

This created an inventory of friends and social contacts for each member of the retirement community.

He then mapped out how seniors interacted in their community and explored the connections between social networks and health.

Schafer found that people who were in poor health tended to have smaller social circles and to aspire to friendship with healthier peers – even as many of those healthy seniors did not reciprocate their desire for friendship. People in better health, on the other hand, tended to be more popular, to be identified as a friend without themselves endorsing the friendship and to have a more diverse range of social connections.

“The healthier people were, the more selective they seemed to be about their social circles,” Schafer says.

In another set of studies using nationally representative survey data, Schafer found that further evidence indicated that size isn’t the only consideration for older adults’ social networks. The internal wiring of one’s network structure— how people’s network members are themselves connected to each other—also seems to matter.

He found that in social networks that are very interconnected – in which a senior’s friends also know one another –  there is less chance of the senior experiencing mistreatment.

“There was less likelihood of elder abuse. When there is a tight-knit network, seniors have less chance of being bullied, taken advantage of financially, or physically abused,” Schafer says.

The importance of Schafer’s work is being noticed: he recently received the Province of Ontario’s Early Research Award, given to academics in the first five years of their career.

Funding from the award will support his team of graduate students as they seek to understand how various aspects of older adults’ social networks shape their health and how different facets of physical and mental health shape different properties of their social networks. “The goal of the project is to better understand the reciprocal, back-and-forth relationship between networks and health in later life”, says Schafer.

To that end, Schafer and his students are conducting analyses on data from a number of well-respected North American surveys that span many years.

Interpretation of this data could shed further light on how social networks and health interact from childhood to old age.

Schafer and his team also plan to interview seniors across the Greater Toronto Area to explore how Torontonians retain a high quality of life in later years. He plans to examine whether seniors’ networks operate differently across various neighbourhood contexts and is especially interested in the experience of older adults in gentrifying areas of the urban core and in Toronto’s inner suburbs.