U of T signs Strategic Mandate Agreement with province 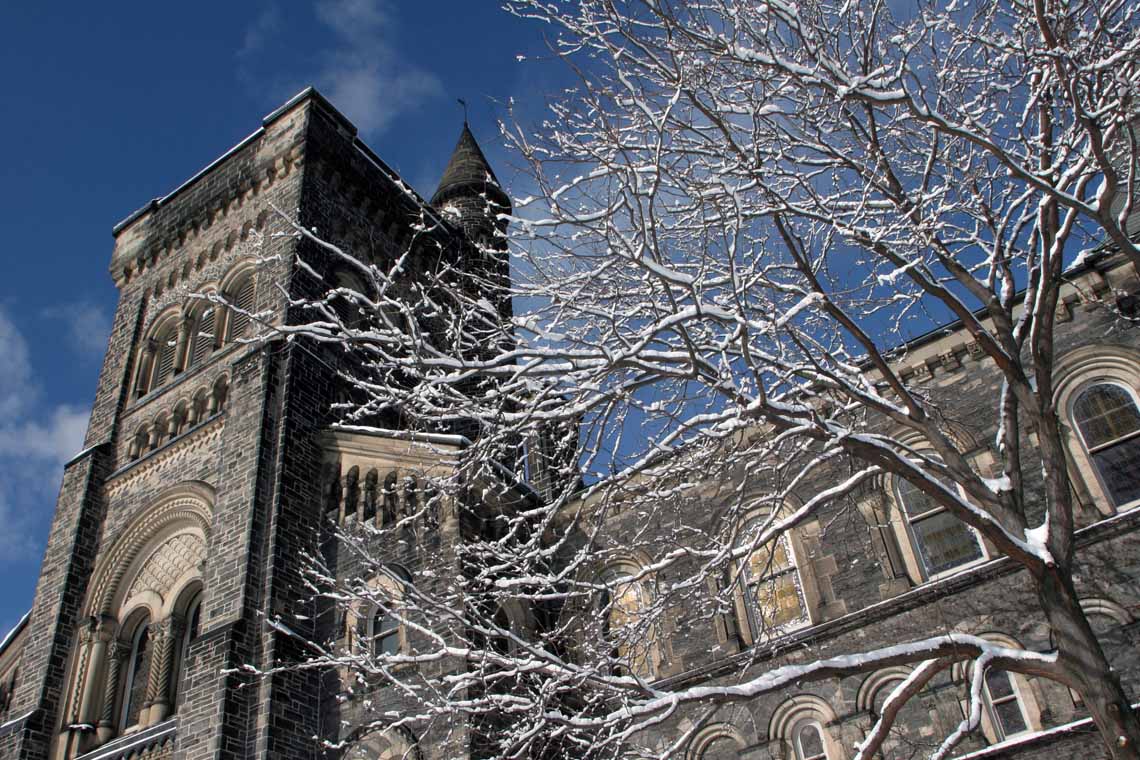 The University of Toronto has signed a Strategic Mandate Agreement with the province that recognizes the university’s leadership role in research and innovation, and establishes its enrolment and funding for the next three years.

“This is a wonderful opportunity for the University of Toronto,” said Cheryl Regehr, U of T’s vice-president and provost. “The new Strategic Mandate Agreement recognizes the excellence in research, innovation and teaching at the university, and provides metrics so we will be able to demonstrate this excellence and receive funding in a manner that reflects our position as a global university.”

Three years ago, the government adopted a new policy framework for post-secondary education, developing the Strategic Mandate Agreement (SMA) as a way to differentiate each of its 21 publicly funded universities. That first SMA recognized U of T’s global position as Canada’s flagship research-intensive university and its leadership role in the post-secondary education system. The 2014 agreement reallocated U of T’s undergraduate teacher education funding to its graduate level offerings, and created additional graduate spaces across university programs.

The second SMA adds more master and doctoral spots for students while trimming the number of undergraduate spots in response to Ontario’s changing demographics. It will provide funding for up to 631 new master’s students and 198 new doctoral students over the next three years.

While the university will still receive per-student funding from the province for both undergraduate and graduate programs, some funding will be moving into a differentiation envelope that will be based on performance in priority areas like student experience; innovation, economic development and community engagement; research excellence and impact; access and equity; and teaching and learning excellence. Funding will be held constant until 2020 while the province consults on the new funding mechanism and refines the list of key performance metrics.

Altogether, there are 56,000 domestic undergraduate students throughout the university. Under the new SMA, U of T Scarborough and U of T Mississauga will be held constant at current numbers, but U of T’s downtown Toronto campus will be reducing domestic undergraduate seats by 1,800 students over the three-year period.  The move is part of the government’s response to demographic trends that show a dip in the number of 18- to 24-year-olds living in Ontario, Regehr said.

The province’s efforts to bolster U of T’s master’s and doctoral offerings mirror in part what is happening in the workplace.

“The increase in graduate spots meets the academic plans for divisions across the university who are developing new master’s programs, and the huge student demand for professional master’s programs,” Regehr said. “There’s a change in the workplace and what people need in this kind of economic environment.

“This speaks to the important programs we have at U of T that integrate research-informed practice and practice-informed research, so that we’re creating professionals who know how to use research to inform their decisions and have the skills to evaluate their own work to improve practice and policy.”

Now that the agreement has been signed, U of T divisions will begin exploring how they can align programs to meet targets.

Some metrics will include tracking undergraduate participation in study abroad and international exchange programs, and research experience with a faculty member. U of T will also be aiming to increase the participation of under-represented groups including raising the number of Indigenous students to 1,000 by the 2019-2020 school year.

The university’s global rankings and graduate employment rates will be reported, as well as the number of new startups formed and new inventions discovered.

“These metrics reflect the fact that we are among the top in the world, but we’re not funded for that, and it’s expensive,” Regehr said. “As time progresses, hopefully more money will go into the differentiation pot, and then we’ll actually get funding for these very important things that we do, that are part of our education mission.”