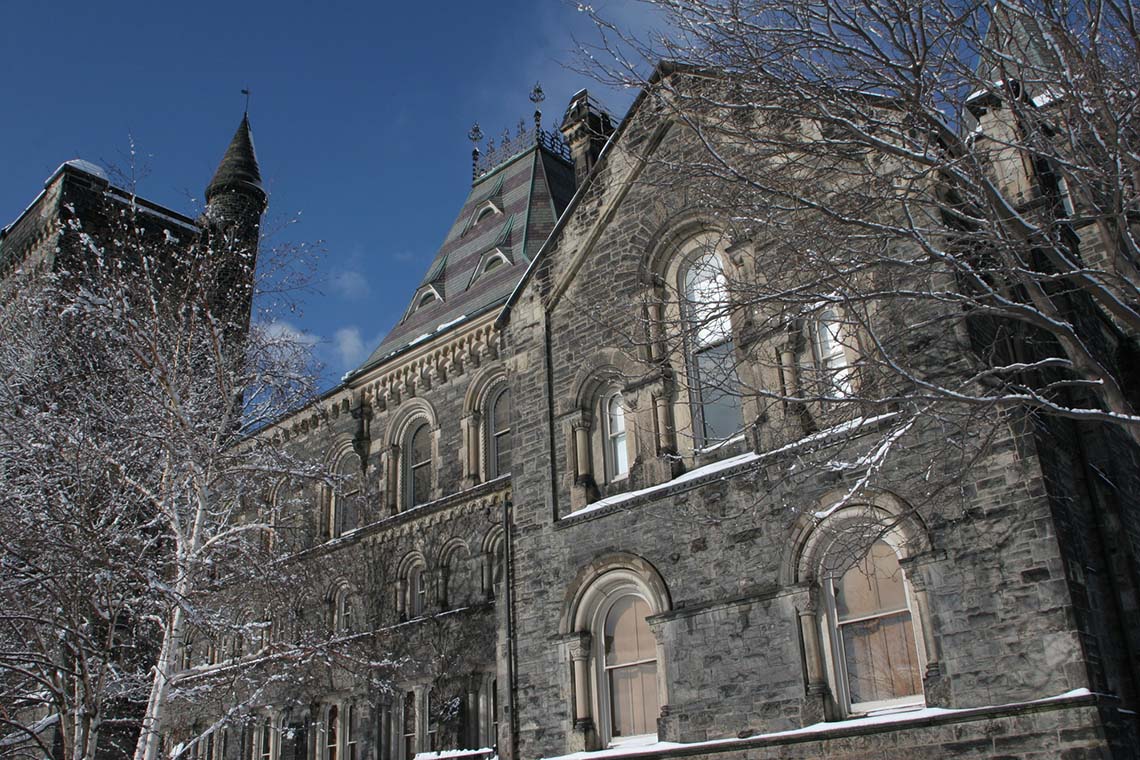 Diversity and equity initiatives, improving the undergraduate experience, recruiting a diverse range of  international students, and expanding partnerships and opportunities around the world – those are some of the priorities in University of Toronto’s proposed spending plan for next year.

Governing Council will vote on the $2.68 billion proposed operating budget for the 2018-2019 fiscal year on April 5.

The balanced budget, which is expected to increase by 8.2 per cent from this year, follows months of consultations with academic divisions and departments, as well as offices responsible for university-wide services.

“This is a collaborative effort to understand and support the priorities of each of our 20 academic divisions,” says Provost and Vice President Cheryl Regehr. “We’ve worked together to determine the best approach to students’ educational experiences, long-term enrolment, faculty hiring and future capital projects.”

The proposed budget would create an additional 78 new faculty positions and increase investments in IT infrastructure and services. Capital projects will include classroom retrofits and money-saving green initiatives, as well as large scale building projects at all three campuses. Student aid will continue to increase, with a large share funded by endowments, which have crossed the $1 billion mark this year.

A priority for this year is making a university education financially attainable for students, especially those from under-represented communities, the provost says.

“This is about making a University of Toronto education accessible,” Regehr says.

The university is now in its second year of a new Strategic Mandate Agreement with the province. The agreement moves provincial grant funding to a differentiation model that will be based partly on enrolment and partly on U of T’s performance in priority areas such as: student experience; innovation; research excellence and impact; access and equity; economic development and community engagement; teaching and learning excellence; and international rankings.

As part of the agreement, U of T has also been asked to trim domestic undergraduate enrolment by 1,800 students and increase the number of master’s and doctoral spots by 631 and 198 positions respectively, by the fall of 2019.

While the university will still receive per-student funding from the province for both undergraduate and graduate programs next year, some funding will be moved into a performance-based differentiation envelope. Differentiation funding is to be held constant until 2020 when the province finalizes the new funding mechanism and refines the list of key performance metrics.

“The Strategic Mandate Agreement presents an opportunity for U of T to be recognized as one of the top universities in the world, with funding that will support our excellence in research, innovation, and teaching – and the outstanding global reputation of our scholars,” Regehr says.

The university will continue to build on its international reputation in the coming year, Regehr says, with a priority on global partnerships and international engagement. The budget also sets aside funds for more robust recruiting of international students from around the world, including  in the United States, India and the Middle East. This will include seeking international students in fields such as music, kinesiology and physical education, as well as traditional areas of interest such as engineering, architecture and arts and science.

The new Centre for Engineering Innovation & Entrepreneurship will be ready for occupancy soon, as will the new Highland Hall building at U of T Scarborough. The Student Commons, a centre funded by and designed for students at 230 College St., and a $190 million lab retrofit project are almost finished too. Renovation work has begun on the iconic University College building and an addition for Robarts Library. Other projects include pedestrianizing King’s College Circle, building a new Centre for Civilizations and Cultures, and planning and design for two new buildings at U of T Mississauga.

The majority of the university’s revenue – 62 per cent – comes from student fees, with operating grants making up 25 per cent, and 13 per cent coming from other sources. On the spending side, 62 per cent goes to salaries and compensation, with 8 per cent going to student aid, six per cent to capital and equipment, six per cent for occupancy costs, and 18 per cent to other expenses.

Under the provincial framework, tuition will increase by three per cent for students in the Faculty of Arts & Science and selected other undergraduate programs, and by five per cent for students in many professional and graduate programs. The average tuition fee increase for international students for the coming year is six per cent. Earlier this year, U of T announced that international PhD students will be paying domestic student rates, starting in the fall.

Trevor Rodgers, the executive director of planning and budget, noted that 55 per cent of U of T’s undergraduate students are eligible for OSAP, the province’s needs-based aid program. This year, OSAP has consolidated many smaller grant programs, a move that allows the university to bill students upfront on a net basis.

“Instead of charging students the full sticker price at the beginning of the year, the province will flow OSAP funds to the university, and we will only charge students for the difference,” Rodgers says.

This year, a total of $22.5 million will be available from the University Fund, which Regehr has stated will provide support for new initiatives and institutional priorities. They include access and diversity, reimagining undergraduate education and supporting research and innovation. Spending from the University Fund will go toward: