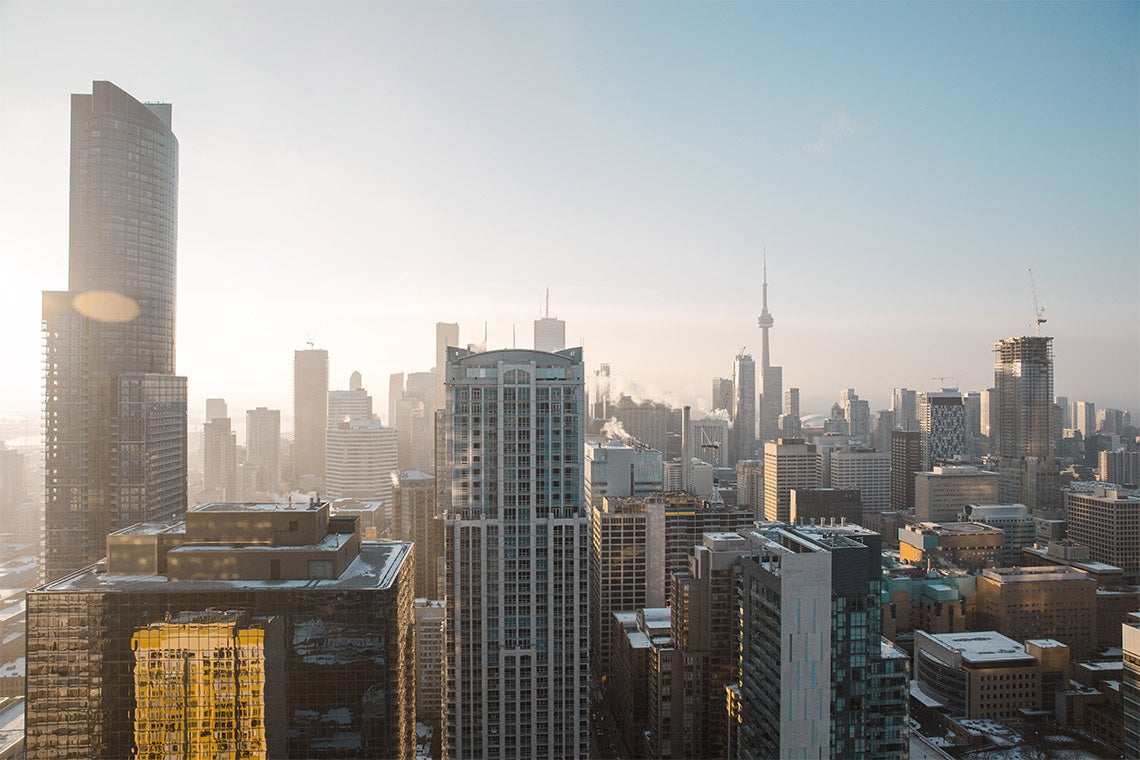 U of T’s School of Cities is bringing together urban thought leaders, policy-makers, planners, community advocates and business leaders to address the challenge of governing cities at its May 28 spring symposium (photo by Artland via Getty Images)

The 21st century has been referred to as the “urban century.” For the first time in history, the majority of the world’s population lives in urban areas, posing significant opportunities and challenges for our cities – not to mention the governments charged with making daily decisions that will be felt for decades.

On May 28, the University of Toronto’s School of Cities will bring together urban thought leaders, policy-makers, planners, community advocates and business leaders to address the challenge of governing cities in the midst of change.

The spring symposium, Governing Cities in the 21st Century, will be live-streamed from the Toronto Reference Library’s Bram & Bluma Appel Salon.

“Urban governance extends well beyond city hall,” says Shauna Brail, an associate professor of urban studies and the school’s associate director of partnerships and outreach. “If we’re going to solve some of the most complex issues facing cities, whether it’s affordable housing, sustainable mobility, employment opportunity or making our cities more accessible, we need collaboration between all sectors.

“Cities are no longer solely in the domain of government.”

Watch the May 28 live-stream here

With a focus on demonstrating the value and potential of our civic entrepreneurial ecosystem – governments, private sector firms, community organizations and universities – the School of Cities spring symposium provides a forum for public dialogue and debate on key global urban challenges. This year’s symposium builds on last year’s event, co-hosted with U of T’s Office of the Vice President, Research and Innovation, that signaled the school’s launch as a hub for interdisciplinary urban research, education, outreach and engagement.

Within its first year, the School of Cities has partnered with numerous urban-related outreach and educational initiatives across U of T, engaged students in leading city-related projects through its academy and fellowships, and convened public conversations on topics ranging from the future of Toronto’s “employment lands” to a book launch for Perfect City.

U of T researchers have also formed multidisciplinary research interest groups on themes such as affordable housing, the future of urban mobility and urban sustainability.

“The School of Cities is designed as a place to convene people and ideas. Collectively, we have the ability to positively impact our urban future. Developing an understanding of urban governance challenges, learning about both best practice and failure, and identifying ways to constructively build a better, more inclusive and more just urban future, benefits us all,” said Brail.

This year’s event will include a keynote by Michelynn Laflèche, vice president of strategy, research and policy for United Way Greater Toronto, who will address proactive responses to city inequality. A set of lightning talks will share how engaged citizens and professionals address challenges such as homelessness, Indigenous reconciliation, transit, youth and digital justice. Panelists from U of T, local government, community and private sectors will discuss how they work together to navigate the 21st century city.

Richard Florida, a University Professor at U of T’s Rotman School of Management and the School of Cities’ distinguished scholar in residence, will speak with Pittsburgh Mayor Bill Peduto about what Toronto can learn from the experience of Pennsylvania’s second-largest city – including its role as a leader in the tech economy, the challenges of providing inclusive opportunities for prosperity, closing the digital divide, upgrading jobs and providing affordable housing. The U.S. city’s administration has adopted the motto: “If it’s not for all, it’s not for us”.

“Pittsburgh rebounded from extreme deindustrialization through the combined leadership of its business and philanthropic communities to leverage the tremendous innovation capabilities of its leading universities,” says Florida who taught at Carnegie Mellon University and lived in the city for nearly two decades before coming to Toronto.

Now under Peduto’s leadership, Florida says Pittsburgh is “again leading the way in addressing the new urban crisis of inequality in ways Toronto can learn from.”