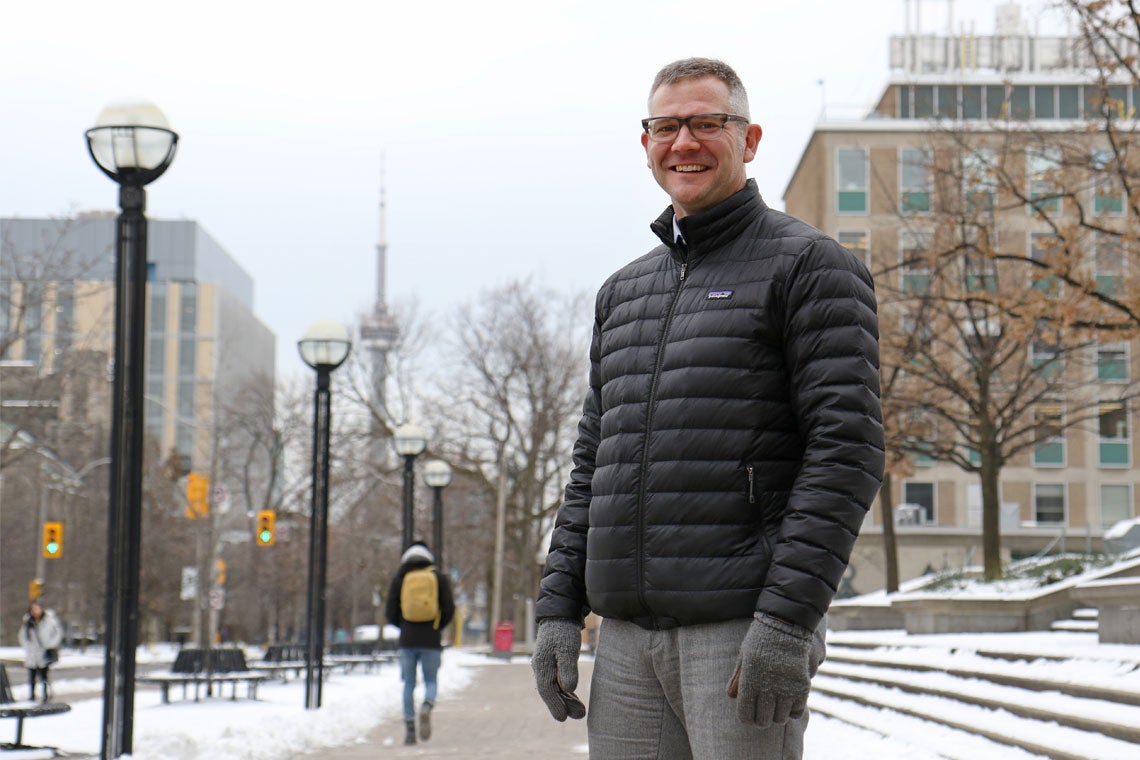 Ever since he was a child and first learned how to ride a bike, it’s been hard to slow down Ron Buliung.

Now a professor of geography and planning at U of T Mississauga, Buliung is an avid cyclist. He is also committed to finding ways to help kids become more active.

For almost a decade, with the help of public funding, Buliung has been looking at how children get to and from school.

“I wanted to hear the voices of kids and help to bring their voices into the conversation about city-building in Toronto, but also across the region,” he says.

Backed by the Canadian Institutes of Health Research and the Heart and Stroke Foundation, Buliung and two U of T researchers from the Faculty of Kinesiology & Physical Education, Associate Professor Caroline Fusco and Professor Guy Faulkner, talked to kids and their families across the Greater Toronto Area about the social and environmental factors that affect school travel. (Faulkner is now at the University of British Columbia.)

“We think about childhood as the time in your life when you learn foundational skills,” says Buliung. “There's an opportunity there for children to engage with their environment in different ways and acquire the skills that allow them to incorporate, if it's physically possible, walking, cycling and other things into the set of alternatives that are available to them for moving around.”

His research into kids’ commutes continued with funding from Metrolinx, Southern Ontario’s transportation planning agency. The study showed that more than twice the number of students are now driven to and from school compared with 25 years ago.

Read about the Metrolinx study

Metrolinx is aiming to get 60 per cent of kids to walk or bike to school by 2031 – a goal Buliung’s research will help to achieve.

“This research increased our understanding of children’s mobility needs and barriers, helping Metrolinx and its partners to knowledgeably focus programs in the right areas,” says Leslie Woo, chief planning officer at Metrolinx.

“We know that those who use active and sustainable modes of transportation experience benefits to mental and physical health and well-being, are better prepared to learn and work and are more connected to their communities,” he says.

Buliung says he wants his research to continue to inspire change in cities.

“To the extent possible, I'm trying to produce knowledge that can be the foundation for constructing interventions and policies to make our cities better for people.”

But in order to build that foundation, researchers like Buliung need public funding to support their work, as outlined in Canada’s Fundamental Science Review report by a panel led by U of T President Emeritus David Naylor.

The panel of experts provided the Canadian government with a list of recommendations on how to support the country’s academic researchers, which includes a $1.3-billion increase in federal research funding over four years.

While public funding can lead to amazing discoveries, Buliung says it is also crucial for launching the careers of graduate students.

“The bulk of the funding is going towards supporting our future generation of scholars or the next generation of city planners or people working for transportation consulting firms,” he says.

Timothy Ross, a PhD student working alongside Buliung, says federal funding was a definitive factor for whether or not he would study at U of T.

“If I didn't have it, I likely wouldn't be here – plain and simple,” says Ross, who received a graduate scholarship from the Social Sciences and Humanities Research Council (SSHRC). “It's a serious issue that needs a lot of attention, and I certainly don't want to see public funding go away.” 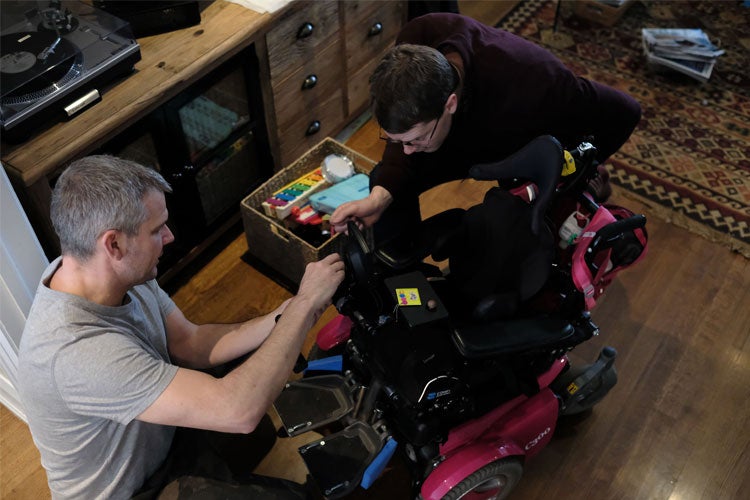 Supported by the SSHRC Insight Development grant, funding from the Norman Saunders Complex Care Initiative at Toronto’s Hospital for Sick Children, and funds from U of T Mississauga’s Research and Scholarly Activity Fund (RSAF), Buliung's and Ross’s latest research looks at the school travel experiences of kids with disabilities and their families.

For Buliung, it hits close to home. When his daughter Asha was 11 months old, she was diagnosed with a genetic neuromuscular disease called spinal muscular atrophy.

“She has a lot more autonomy than many 12-year-olds – out of necessity but wow, that's just amazing,” says Buliung. 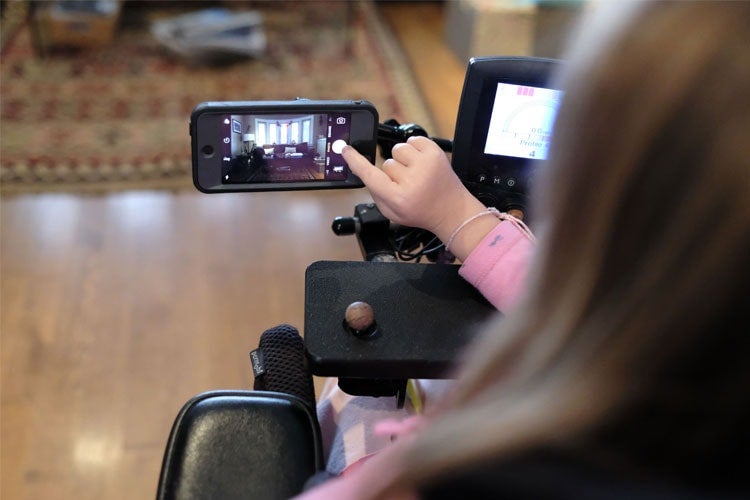 Asha uses the camera attached to her wheelchair. Research participants were encouraged to document their day in pictures (photo courtesy of Ron Buliung)

Ultimately, Buliung wants his research to help make the lives of families like his more manageable.

“These are families that are doing all kinds of additional work to do very simple things, and they are time-pressed, they are stressed out,” he says. “Let's try to streamline things so families can spend time doing other things.”

This can be as simple as providing schools with a checklist of the equipment and school supplies a child with physical challenges needs to bring home with them so parents don’t have to drive back and pick up missed items, says Buliung.

“It doesn't have to be about building bridges, it can be about something as basic as that,” he says.

Any small changes that come as a result of research today can make a big difference in the long run, he says.

“A piece of basic research may become part of everyday life 25 years from now."