U of T's ombudsperson expands office presence to all three campuses 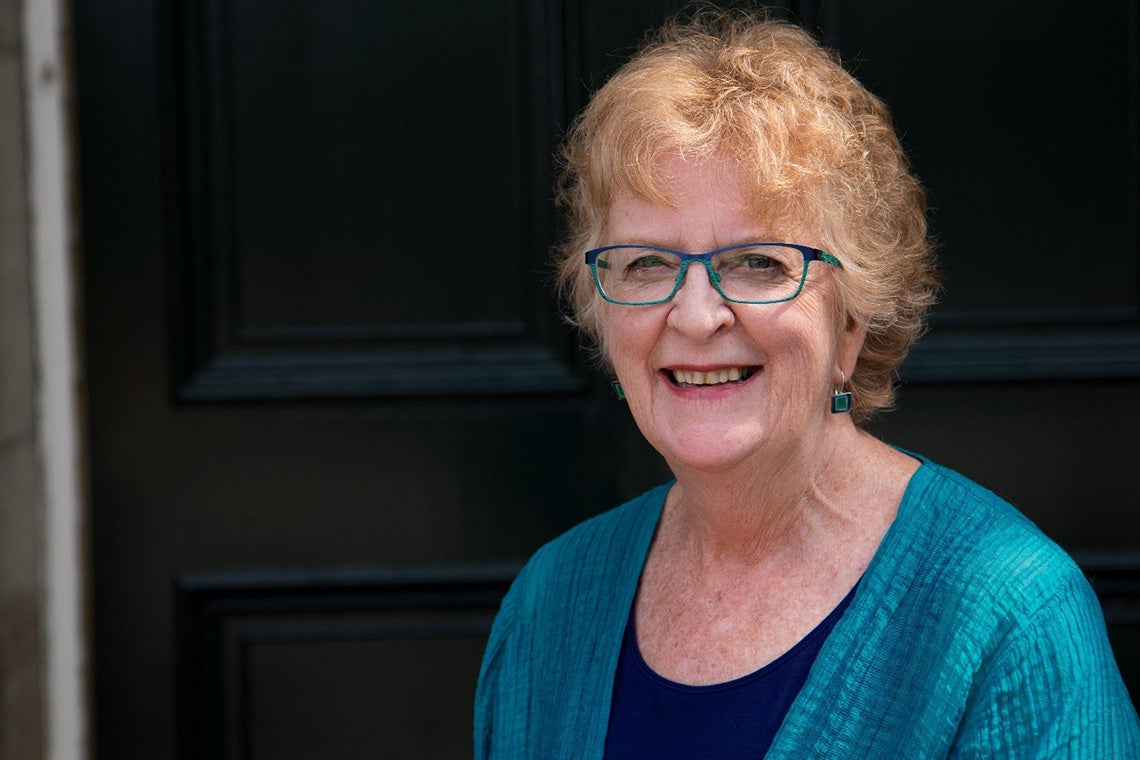 Ellen Hodnett, U of T’s ombudsperson, says even in the age of email and social media, there’s no substitute for face-to-face meetings (photo by Chris Sorensen)

Smartphones and social media have left us more connected than ever, but there are still times when a personal touch is needed.

That’s among the reasons Ellen Hodnett, the University of Toronto’s ombudsperson, recommended that the office expand its physical presence to U of T Mississauga and U of T Scarborough. The move will see an Ombuds Officer located on each U of T campus in an attempt to build more awareness of the office and its unique role in helping ensure fairness across the university.

“Nothing takes the place, or offers the fundamental value, of face-to-face meetings,” says Hodnett, who is completing her initial three-year term at the end of June and has just been re-appointed for an additional one-year term. She added that the new structure, first recommended in her 2016-2017 annual report, “fits with the governance model the university now has, with campus councils handling a lot of decisions at both UTM and UTSC and, of course, tri-campus decisions coming to Governing Council.”

Governing Council approved the change Thursday as part of the Report of the Committee to Review the Office of the University Ombudsperson.

Calling her an “outstanding” ombudsperson, Governing Council member and chair of the review committee Harvey Botting is thankful Hodnett agreed to stay on to help implement the new structure of U of T’s Office of the Ombudsperson.

“She took the office a long way and, in this next year, will take it even further,” Botting says.

First established in 1975, U of T’s Office of the Ombudsperson operates independently of university administration and help students, staff, faculty and even alumni deal with university-related issues and complaints when all other avenues have been exhausted. The office also alerts Governing Council and the university leadership of broader systemic issues that need attention.

All matters brought to the ombudsperson are strictly confidential – even the fact the office was contacted – unless complainants agree otherwise.

While the vast majority of queries currently arrive at Hodnett’s desk by email, she says previous efforts to build connections with Mississauga and Scarborough through other electronic means like Twitter, Facebook and Skype failed to achieve the desired results. She says it’s likely because each campus has its own unique culture, requiring “someone who … knows the system, processes and the people on that campus.”

In total, the U of T ombudsperson handled 339 cases in the 2016-2017 academic year and closed more than 90 per cent of them, according to the most recent annual report.

That includes about 100 cases deemed outside of the university’s jurisdiction. Unusual for a post-secondary institution, U of T’s ombudsperson helps guide complainants who don’t belong to the university community – say, someone who is walking through campus. “While it’s not our business to be directly involved, we try to help the person know where to go with the problem,” Hodnett says.

Of the cases within the ombudsperson’s purview, the vast majority were brought forward by undergraduate or graduate students and dealt with issues surrounding grading practices or administrative policies.

However, Hodnett says there was also noticeable uptick in complaints stemming from personal interactions.

“It’s not a surprise that, with the whole #MeToo phenomenon, there’s more people coming forward with, not necessarily sexual harassment complaints, but complaints about bad behaviour,” says Hodnett, who previously spent 39 years teaching in the Lawrence S. Bloomberg Faculty of Nursing and has served as a teaching staff member of the Governing Council and as Chair of the Academic Board.

Often, the job of U of T ombudsperson is merely to point students, staff and faculty to the relevant resources on campus, or to explain how various resolution processes work, according to Hodnett. She only becomes more deeply involved if all those other avenues have been closed off, calling the Office of the Ombudsperson “an office of last resort.”

Though Hodnett’s job means she deals with U of T’s most difficult conflicts, she nevertheless describes her experience over the past three years as overwhelmingly positive. In particular, she’s been impressed by the dedication of U of T’s frontline staff.

“We can’t fix all the problems – social, emotional or otherwise – that people bring with them,” Hodnett says, noting the university is the size of a small city.

“But there are enormous resources at this university, both human and otherwise, that can help a lot – and if they don’t, that’s where my office has a role.”