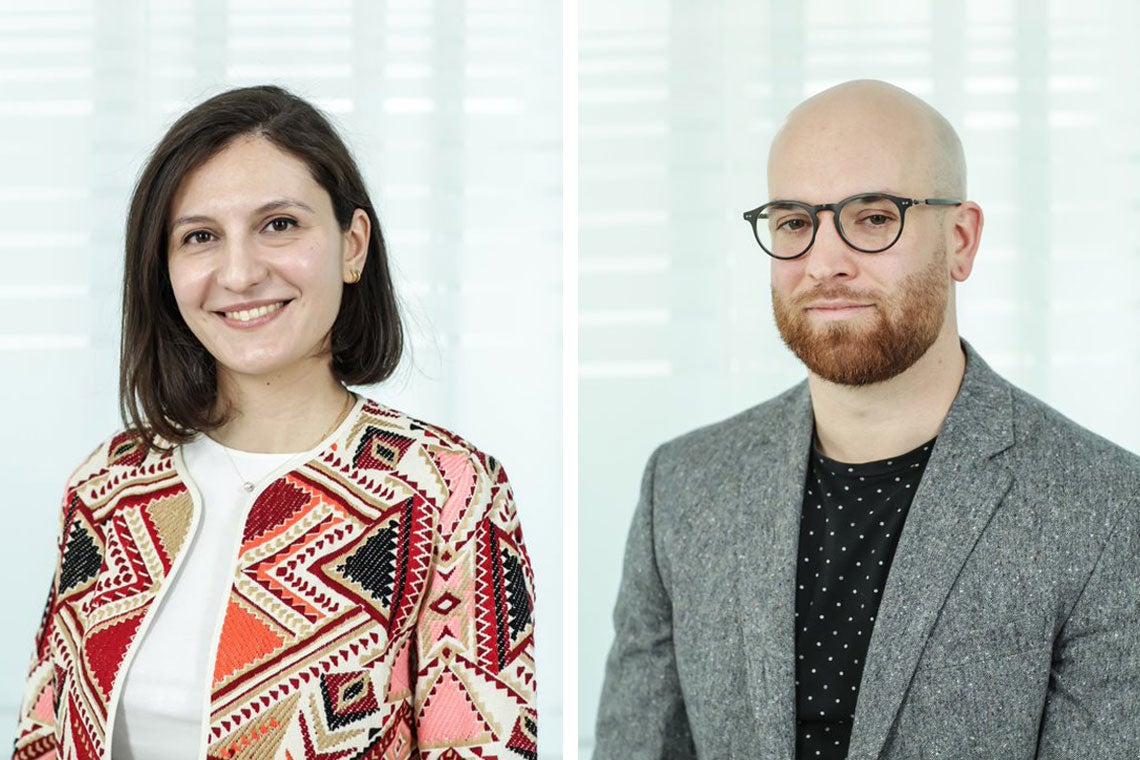 Every minute, 20 people flee their countries to escape terror and persecution, the United Nations says – with 68 million people displaced around the world.

And Lebanon, like the U.S., Europe and other Middle Eastern countries, has a long and complicated history of hosting groups of asylum seekers.

Diala Lteif, a PhD student in urban planning at the University of Toronto, is hoping her research into that history will provide a better understanding of how refugees can shape cities like Beirut, and how migrant groups contribute to the places where they end up.

“The myth that I try to debunk is the portrayal of the immigrants – more specifically the refugee – that is here to steal your job and use the resources of a specific country and not give back,” she says. “The idea is to prove that they are active and positive participants towards the urbanization of a city that is fuller and more inclusive and accepting of everyone.”

Lteif and human geography PhD student Andrew Kaufman are two of 15 social sciences and humanities doctoral students from across Canada who have been given this year’s prestigious Pierre Elliott Trudeau Foundation doctoral scholarship.

The students were selected from a group of 273 applicants and chosen for their academic excellence and civic engagement. Since 2003, there have been 30 U of T PhD candidates who have received the scholarship.

Foundation scholars are each given $60,000 – opening up new research avenues and giving them more time to complete their PhDs.

“When this money came in, it let me think about how to extend my fieldwork to new areas,” says Kaufman, whose research focuses on the investors who purchase sovereign debt from countries that are struggling financially.

“My interest in urban marginalization made me curious about how larger socio-economic processes change cities,” he says.

Kaufman wants to find out how capital moves around the world through the buying and selling of debt while also exploring different perspectives on investing in sovereign debt. Those in favour of it say it is providing countries with the credit they need while critics say it can prevent countries from recovering from crises.

Beyond his research, Kaufman is looking forward to the mentoring and networking opportunities built into the Pierre Elliott Trudeau Foundation scholarship.

“It's good to be placed within a space in which you encounter people from other areas, which challenges how you frame your work, how you understand your work and what other ideas you put your work in dialogue with,” he says.

For Lteif, the scholarship has allowed her to spend a year in Lebanon, sorting through archives and conducting interviews with first-, second- and third-generation refugees.

Her work focuses on four waves of refugee immigration: Armenians, who came to Lebanon after the First World War; Palestinians, then Lebanese nationals displaced during the civil war, which began in the 1970s; and the Syrian refugees who are still making their way into the country. Many of those refugees ended up settling in one specific neighbourhood in Beirut.

Lteif has personal connections to her research. Growing up in Lebanon, her family was displaced during the civil war. Her father’s family settled near the neighbourhood she is studying.

“A large realization is that Lebanon, which has been a host to many communities, has not necessarily found effective strategies to welcome these people and help get them back on their feet, despite the long experience with many communities,” she says. “In terms of practical urban and planning policies, not much has been done.”

Lteif says she hopes her research can fill the practical and intellectual gaps.

“All these crises are first framed as a crisis and are studied in isolation, and so what I'm hoping to do is through a longer duration of study, uncover some more long-term effects and patterns we can learn from and refocus our literature,” she says.

Receiving a scholarship of this magnitude is a uniquely Canadian privilege, says Lteif.

“It made me really appreciate Canada's multicultural and inclusive politics that have really allowed me to find my place and be treated equally and be given the equal opportunity as my Canadian peers, friends and colleagues,” she says.

“I hope through the work that I do, I prove that being an immigrant, being given access to such a large opportunity, is actually beneficial for everyone. I hope in one way or another I become proof of the opposite narrative that we see everywhere.”