U of T's Najma Ahmed, others describe what it was like in St. Michael's emergency department the day of Raptors parade 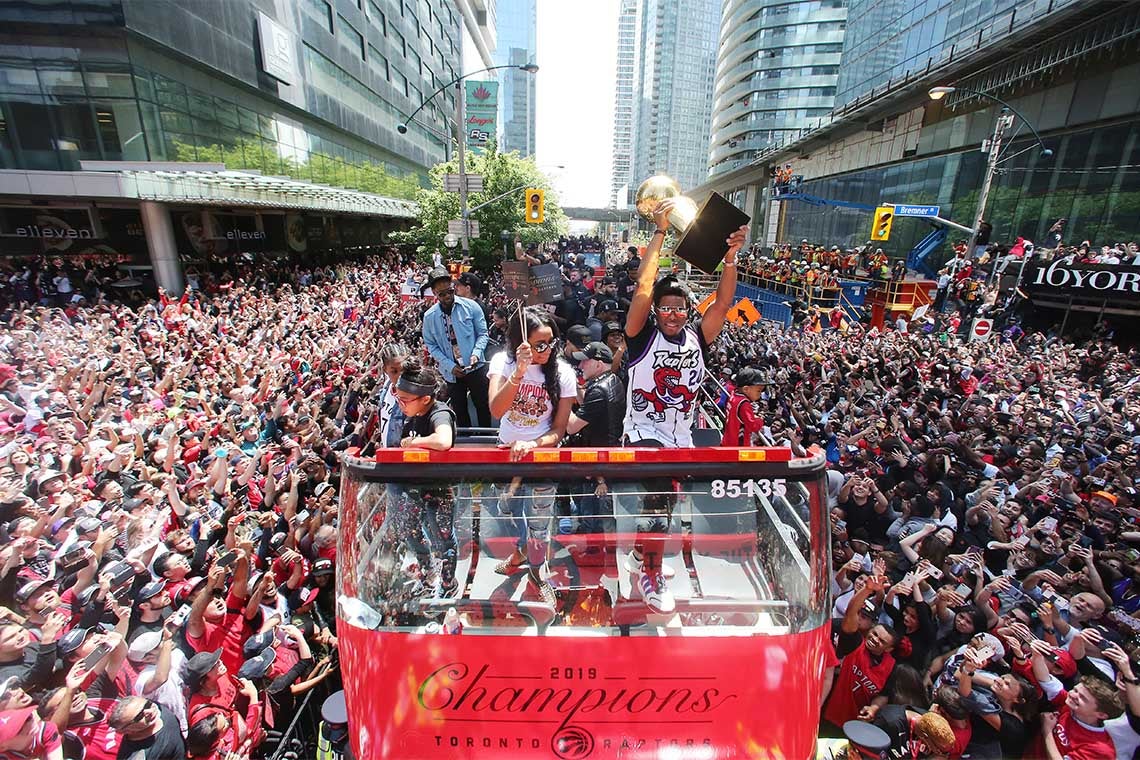 It was a celebration unlike any other in Toronto when more than one million people packed downtown Toronto for the Raptors parade on June 17.

The size of the crowd made an immediate impression on the University of Toronto's Dr. Najma Ahmed, vice-chair of education in the Faculty of Medicine's department of surgery and interim surgeon-in-chief at St. Michael’s Hospital.

As a trauma surgeon, Ahmed says she was “nervous about a mass casualty event, about the crowds and hoping that all the fans were going to be safe and secure. I was worried also about less dramatic things like heat stroke, heart attacks, trips and falls, drunkenness – things that can happen when any large crowd assembles."

Ahmed is one of a number of hospital staff members who share their stories in an oral history published by Unity Health Toronto, which includes St. Michael’s Hospital. The comprehensive story retells the day’s events using evocative first-person accounts.

Over the course of the day almost 270 patients were admitted to the emergency department at St. Michael's, which is a fully affiliated teaching hospital with U of T.

"Yes, it was a frenzy, but watching over this with experienced eyes, I knew that this was controlled chaos, that every person had a job to do and that every one of them was answering their responsibilities with unwavering dedication and mastery,” Ahmed says.