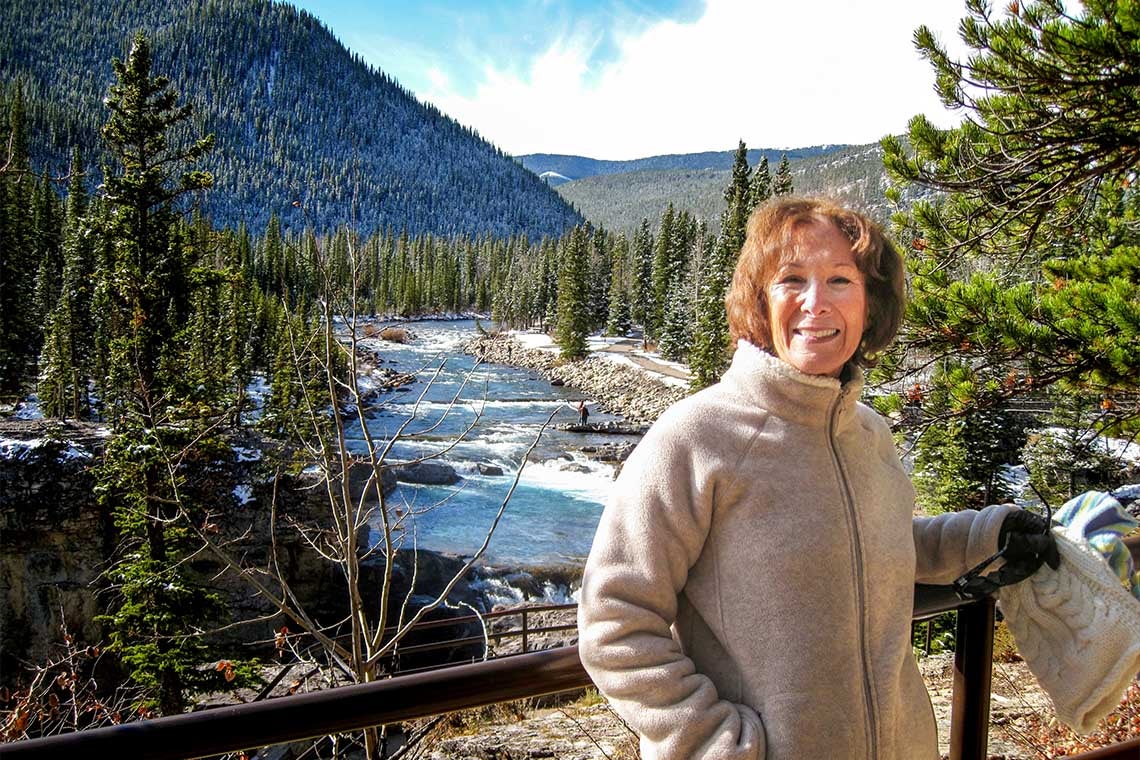 Marilyn Smith was an expert on cognition and memory whose work at the University of Toronto shed light on bilingualism, hypnosis, trauma and the eyewitness testimony delivered in courtrooms. She also managed to become a skilled artist and sculptor – all while balancing a demanding career with family life.

A professor of psychology at U of T Scarborough for almost four decades, Smith first arrived at the university in 1966, became a full professor in 1977 and retired in 2004. She died on Nov. 8 at the age of 77 after fighting pancreatic cancer.

Fergus Craik, a professor emeritus of psychology at U of T, describes Smith as a “very nice person who was extremely well-liked by everyone.”

She had a good sense of work-life balance, which was unusual for successful academics, he says. Smith (left) began her academic career looking at basic processes of cognition, including how people make decisions based on simple information. But she soon expanded far beyond that, writing and co-authoring papers that examined how bilingual people handle language, as well as the earliest fragmented memories of childhood and people’s memories surrounding traumatic events such as the 9/11 terrorist attacks. She found that those memories were not particularly accurate and faded over time.

One of her greatest contributions was her work on eyewitness testimony in legal trials, according to Colin MacLeod, a former colleague at U of T Scarborough who is now a professor of psychology at the University of Waterloo. Smith wrote an influential paper published in Psychological Bulletin in 1983 that showed efforts to enhance the recollections of witnesses using hypnosis were ineffective. Despite attempts to use hypnosis to “refresh” the memories of witnesses to a crime, “controlled laboratory studies have consistently failed to demonstrate any hypnotic memory improvement,” she said.

Smith’s work “pointed to some of the problems with thinking of hypnosis as a key to memory; that it can’t be relied on,” MacLeod said.

More broadly, Smith’s work uncovered evidence that many memories are faulty. In a 1997 article in the Canadian Journal of Experimental Psychology, she wrote that while “the model of memory held by many therapists is that memory is like a video-recorder, keeping a permanent record of all experiences,” the model she adhered to, as a cognitive psychologist, was that memory “is not a passive recording of information, but an active, re-constructive process.”

In addition to her research, Smith also revelled in teaching and gladly conducted the introductory psychology course for undergraduates, according to MacLeod. Many professors were not interested in taking on that task, “but she thought that was an important course to teach,” he says, and she kept it up for her entire U of T career.

Joan Foley, former principal of U of T Scarborough, describes Smith as a “devoted and effective teacher” and says that “students gravitated to her courses for all the right reasons.”

Among Smith’s innovations, Foley says, was a fourth-year seminar course on psychology and the law. It proved so popular that the format had to be altered to accommodate 50 senior undergraduate students instead of the 20 that had been planned. The course looked at how perception, memory, attention and decision-making influence legal processes. It also covered topics related to eyewitness testimony, lie detectors and hypnosis.

Marilyn Chapnik was born in March 1942 in downtown Toronto, the second of three children of Polish immigrants Lily and Chiam Chapnik. She went to Clinton Street Public School and then to Harbord Collegiate before working part time at Woolworths and Honest Ed’s. A strong student, she was accepted into pre-medical studies at U of T.

It was at U of T that she met her first husband, Larry Smith. Since Larry was heading to Harvard University for graduate work, Marilyn decided to transfer to psychology in order to attend graduate school in Boston. She tried to get in to Brandeis University, but found the private research university to be unwelcoming to women; she ended up with a full scholarship to the Massachusetts Institute of Technology, where she completed her PhD.

After finishing their programs, the couple returned to Canada. Smith began her teaching and research career at Scarborough College (now U of T Scarborough) in 1966. 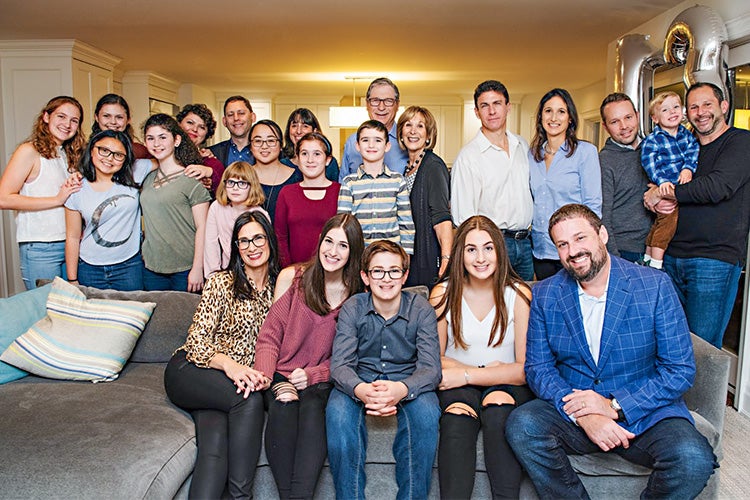 Smith had three daughters, Cynthia, Ilyse and Natalie. Natalie recalls the appeal of some of the material from her mother’s studies on perception.

“I remember going to her office, and she would have big boards with different optical illusions on them. As a kid that was the part that I latched on to.”

Ilyse, meanwhile, remembers experiments on the perception of colour. The word “green” might confusingly be written in purple ink, for example, and the test was to see how quickly a subject could name the proper printed colour. “It was fun to take some of those tests and participate in some of the experimental work she was doing,” Ilyse says. “It was quite relatable. She had a fantastic way, as a parent and as a professor, of taking the theoretical contents and making them very accessible.”

Her children say that while Smith was dedicated to her work, it didn’t take over her life and she was still able to make time for family, friends and hobbies. She took up an interest in sculpting and painting, producing impressive interpretive works that she gave away. She played tennis, was an avid bridge player, and was an accomplished cook and baker.

“She always prided herself broadly in life on her efficiency, and she brought that same mind-set to the way she cooked,” Ilyse says.

In 1986 Marilyn and Larry divorced, and nine years later she remarried to David Kendal. The couple skied and travelled together, spending time at a cottage and at a condo in Florida. 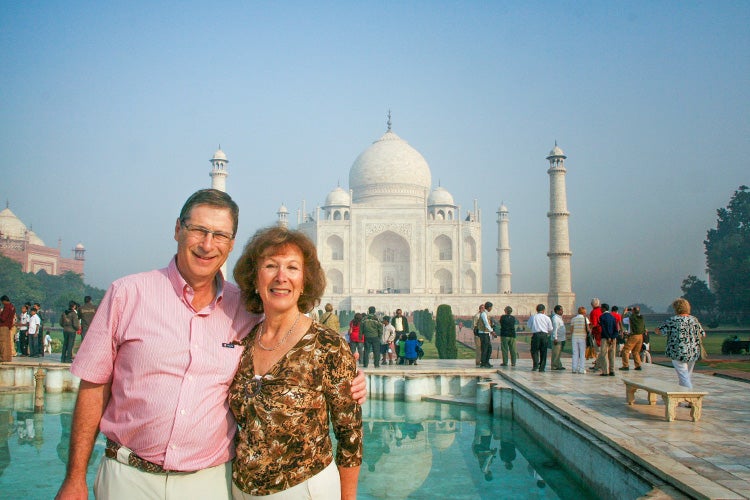 In a eulogy for his wife, Kendal said she was sometimes described as blunt and direct – words that imply there was a sharp edge to her.

“This was not the case with Marilyn,” he said. “Yes, she always told it like it was, and she certainly didn’t sugarcoat things, but she did it with such humanity. You always felt love and support and you always knew where you stood.”

After her retirement from U of T in 2004, Smith took up another career as an arbitrator, working for Ontario’s Workplace Safety Insurance Appeals Tribunal and travelling across the province for hearings. She retired as vice-chair of that organization just two years ago.

Her friend Joan Grusec, a retired U of T psychology professor, says Smith had strong opinions and liked to offer advice, but she was always respectful and genuinely wanted to help people. She was also very collaborative, in her academic research and her personal life. “She was a catalyst,” Grusec says. “She was good at organizing people and getting them together to produce a good product.”

Grusec visited Smith just a few days before her death, and says “we had a great conversation about the old times and present issues.”