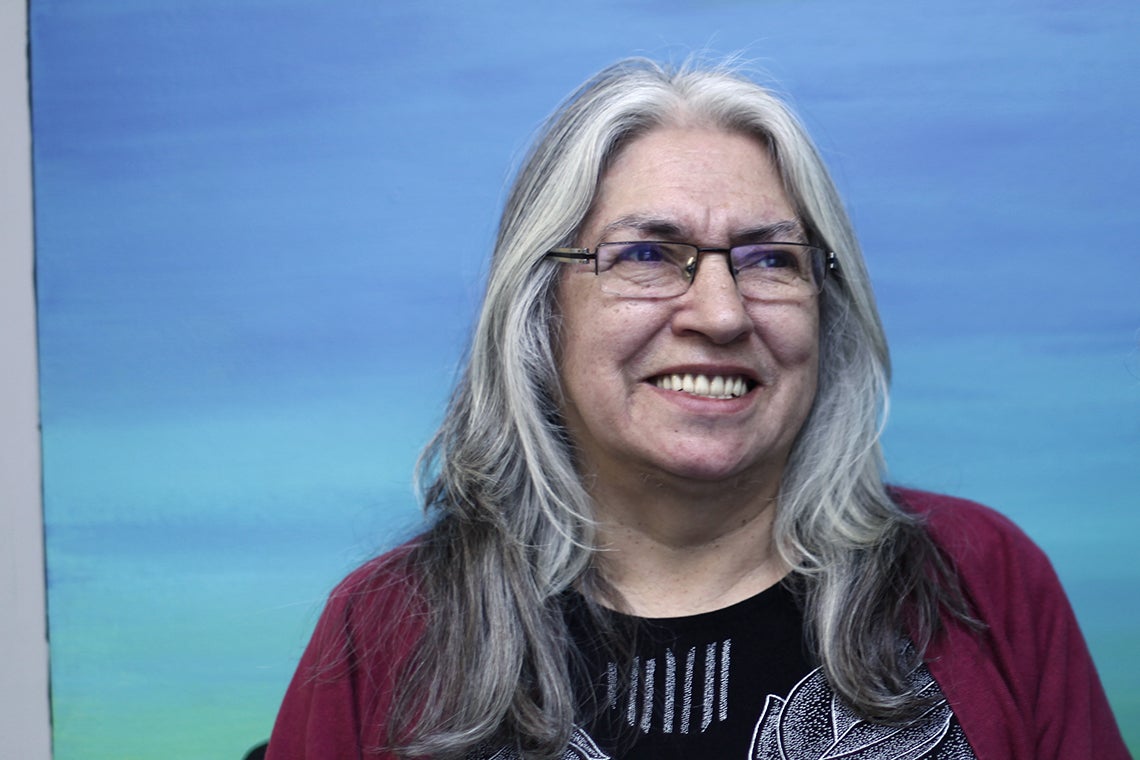 Lee Maracle, seen here in 2012, has been shortlisted for the Neustadt International Prize, one of the highest honours in literature (photo by Makeda Marc-Ali)

Lee Maracle, a sessional instructor in Indigenous studies at the University of Toronto, is among nine finalists for one of the most prestigious prizes in literature.

Maracle, an Elder of the Sto:lo Nation and mentor to Indigenous students at U of T, has been shortlisted for the Neustadt International Prize for Literature for her 2014 novel Celia's Song. The book is a multigenerational story about Celia James and her Nuu'Chahlnuth family in southwestern B.C.

The novel connects the family's experiences to the abuses inflicted upon Indigenous Peoples since the arrival of Europeans.

The Neustadt International Prize, often considered a precursor to the Nobel Prize in Literature and dubbed the “American Nobel,” comes with a cash award of US$50,000. The winner will be announced on Oct. 16.

Other celebrated Canadian writers who have been nominated for the prize include Alice Munro and U of T alumna Margaret Atwood. Rohinton Mistry won the award in 2012.