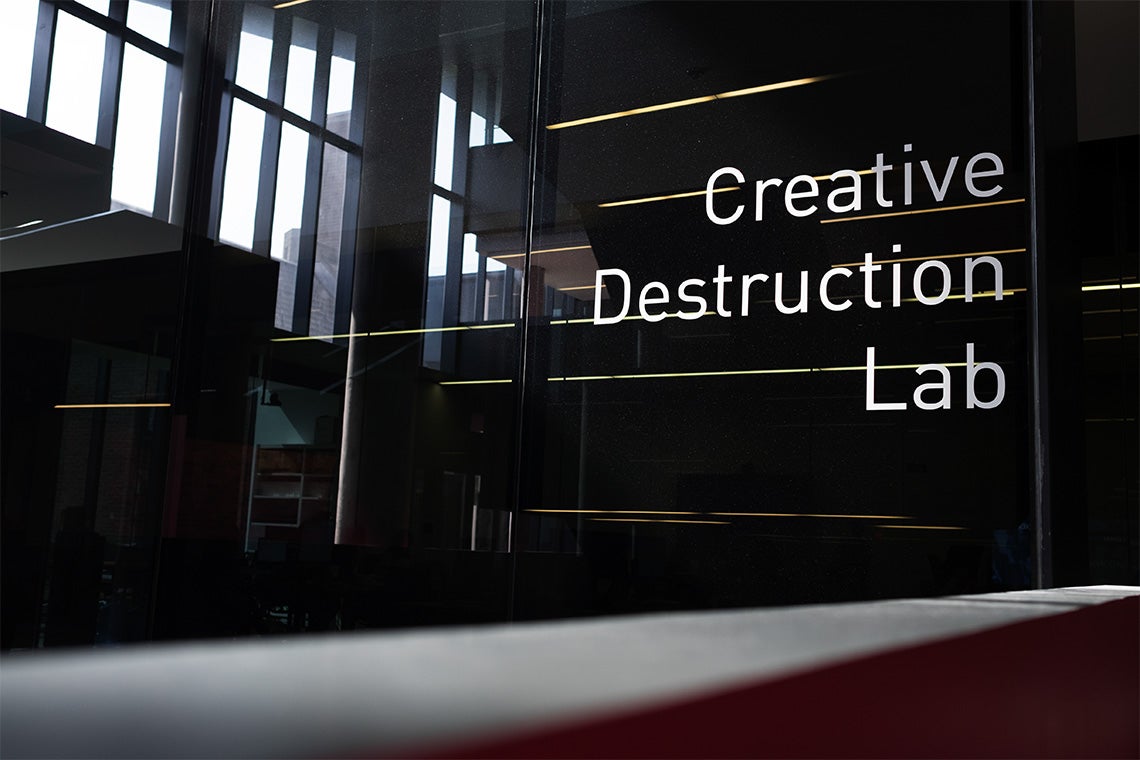 The Creative Destruction Lab is joining a global group of financial and technology firms, as well as non-profits, that's seeking to develop a new cryptocurrency pegged to government-issued currencies (photo by Geoffrey Vendeville)

The Creative Destruction Lab, a seed-stage entrepreneurship program affiliated with the University of Toronto's Rotman School of Management, is joining a global group of organizations focused on developing a new cryptocurrency designed to increase access to financial services around the world.

The new cryptocurrency, called Libra, is expected to be available in 2020 and is designed to be more stable than alternatives like Bitcoin – the value of which has swung between about $4,600 and $12,000 this year alone. Libra, by contrast, will be pegged to a reserve of government-issued currencies like the euro or U.S. dollar.

More than two dozen big-name backers in finance, tech, the non-profit sector and more have already signed on as founding partners of a non-profit governing organization, based in Geneva, Switzerland, that is to govern the cryptocurrency’s infrastructure and ecosystem. They include MasterCard, Visa, Uber, Spotify and Facebook, which is leading the effort. CDL is currently the only academic – and Canadian – entity that's agreed to explore the initiative.

“To the extent that cryptocurrency volatility has been the thing that's been holding it back, this is a bold step in the other direction,” Joshua Gans, CDL’s chief economist and a professor at the Rotman School of Management, told U of T News.

Gans added that CDL was approached because the incubator pioneered a program to help entrepreneurs design and launch crypto-based startups using blockchain. There were 25 startups in CDL's blockchain stream last year. One company in the program, for example, aims to provide a more affordable way to send remittances.

In a blog post on Medium, Gans said CDL became involved in the Libra project not only to support its own ventures, but to help create a thriving startup ecosystem around the world.

“Our mission is purely social,” he wrote. “We are in the business of creating startup ecosystems that do not require a fixed physical location. In that regard, we see Libra as a public utility that can support just that – taking digital payments to the next level to allow an application layer that could transform economic transactions and more.”

The new cryptocurrency will be built on blockchain technology the likes of which made Bitcoin possible, storing records of transactions and other important information across “nodes.”

For Ajay Agrawal, CDL's founder and a professor at Rotman, one of the biggest opportunities in joining Libra is to work with its code.

“We are particularly enthusiastic about the potential of Libra’s programming language, Move,” he said in a statement. “Thoughtfully designed smart contracts operating on a widely accessible and stable global currency platform will unlock never-seen-before gains from trade, benefiting society at a meaningful scale.”

Where will it all lead? Until Libra hits the market, Gans said it’s unclear. “We take the ‘lab’ part of Creative Destruction Lab very seriously,” he wrote in Medium. “For that reason, we believe that everything we do is an experiment and Libra is no different.”

“So the short answer is that I don’t know where this will lead, but I am very excited that it is happening.”