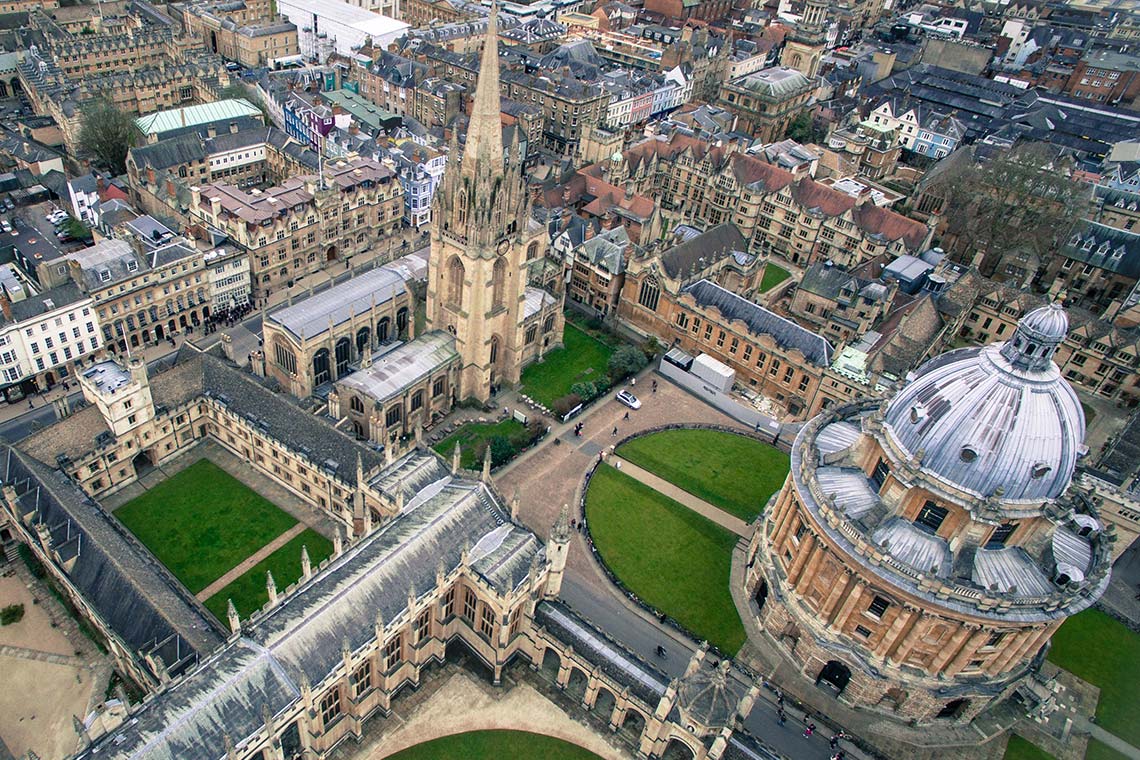 The Creative Destruction Lab, which was founded at U of T's Rotman School of Management, will launch CDL-Oxford at the U.K. university's Saïd Business School, bringing the total number of CDL locations to seven (photo by Sidharth Bhatia via Unsplash)

The seed-stage accelerator developed at the University of Toronto’s Rotman School of Management has struck a deal with the University of Oxford’s Saïd Business School to bring its unique startup-building concept to entrepreneurs on the other side of the pond.

Once up and running, CDL-Oxford will become the seventh location in CDL’s network after the program opened at New York University’s Stern School of Business last year.

Ajay Agrawal, CDL’s founder and a Rotman professor of strategic management, said the entire CDL network – which also includes locations at business schools in Vancouver, Calgary, Montreal and Halifax – is poised to reap the benefits of having other world-class institutions like NYU and Oxford in the mix.

“What we're trying to do is identify people who are the best in the world,” he said. “They're getting our model, but we're getting connectivity and flows of people and capital into Canada.”

First launched at Rotman in 2012, CDL was created to solve what Agrawal refers to as a “failure in the market for judgment.” He got the idea after noting that one of the key benefits afforded startups in places like Silicon Valley is a large network of seasoned tech executives, venture capitalists and other players who can offer budding entrepreneurs guidance and advice.

CDL seeks to replicate the environment with a focus on scalable science- and technology-based ventures. The nine-month program taps a diverse array of experts, from scientists to investors, and requires entrepreneurs to meet clearly defined objectives. CDL also involves MBA students, providing the startups with management expertise and students with real-life business problems to solve.

The CDL concept was later expanded to business schools across Canada.

“The thing about the Creative Destruction Lab that I think is unique is how it co-ordinates both across disciplines – for example, we have physicists in the same room as electrical engineers, business school students and economists – and also across the town-and-gown divide,” Agrawal says.

“So the entrepreneur walks into the room and receives input from a wide range of skill sets.”

So far, the CDL network has helped build startups that are collectively worth $3.4 billion in equity value.

Thomas Hellmann, a professor at Oxford’s Saïd Business School, called the CDL formula “very impressive” and said it made more sense for the Saïd school to use an established entrepreneurship model than to invent a new one.

“We're very enthusiastic about the model,” Hellmann said. “In terms of big picture, this is trying to create a learning community that sits about between the university and commercial world.

“Each of the participants have their own motivations, but bringing them together in a way that's actually interesting for each of them is what creates the magic.”

Three of those participants will be the first three founding partners at CDL-Oxford: Patrick Pichette, a former chief financial officer at Google who works with CDL-Montreal through his venture capital firm Inovia Capital; John McCall MacBain, a Canadian businessman and philanthropist who founded Trader Classified Media; and Peter Davies, a senior partner at investment management firm Lansdowne Partners and current chair of Oxford Sciences Innovation.

Hellmann, who has been tracking CDL since its inception, said CDL-Oxford will start off with a focus on artificial intelligence-based startups, but has plans to expand into other areas. CDL-Oxford will begin taking applications for its first cohort later this year.

Though Agrawal never set out to build a global CDL network, he said expanding the concept to more than a half dozen locations creates more opportunities for CDL’s entrepreneurs.

“It has enabled us to match scientific discoveries and commercial applications that often are not co-located,” he said.

He cites the example of Validere, a startup at CDL-Toronto with an “optical liquid fingerprinting” technology developed at Harvard University that it planned to use to identify fraudulent perfumes. But after CDL’s fellows found the business case underwhelming, they were directed to CDL-Calgary and the oil and gas industry.

Fast- forward to 2019 and Validere now offers a real-time oil-testing service and has offices in Calgary, Houston and Toronto. It raised $7 million from investors last fall.