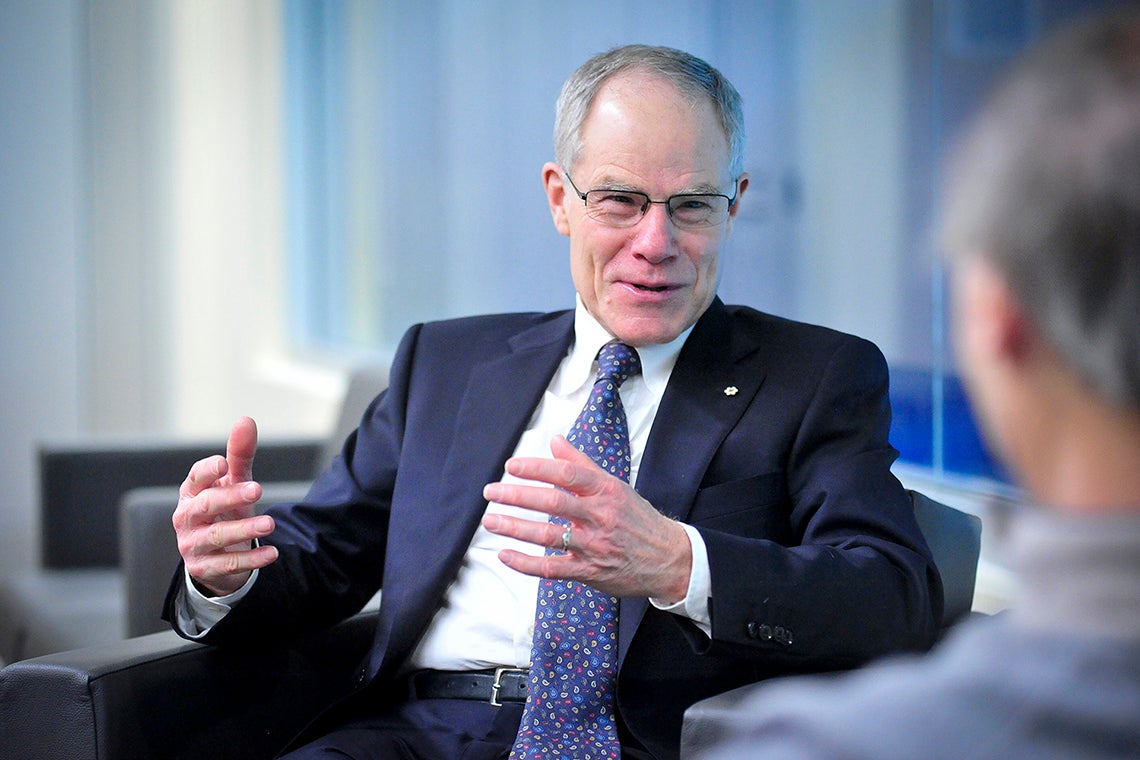 Former Olympian and University of Scarborough Principal Bruce Kidd has been named to a federal working group to advance gender equity in sports.

Last week, Minister of Science and Minister of Sport and Persons with Disabilities Kirsty Duncan, announced the 12-member working group to address the lack of equity in sports.

Earlier this year, the federal government earmarked an initial $30 million over three years to support research into initiatives to promote women's and girls' participation in sports, and to support national sports organizations in promoting greater inclusion of women and girls.

The members of the working group will share their experiences and insights on how to achieve equity in sport by 2035, looking at issues like at delivering programming for women and girls, increasing leadership positions for women, and gender-based violence and sexual harassment.

Kidd, a professor and vice-president at U of T, is a celebrated Canadian track and field athlete who has been involved for years on sport policy and eradicating sexism and racism in sporting communities around the world.

U of T's Raquel Russell spoke to Kidd about the new working group and why it’s an important step in addressing gender equity in sports.

Why is it necessary to have a working group on gender equity in sport?

Although there’s been tremendous progress regarding equity and inclusion, there’s still much to be done. More needs to be done on engaging the majority of girls and women in Canada who are not involved in sport at all. Work also needs to be done making leadership opportunities more available to women, and totally eliminating gender-based violence.

There also needs to be change in the way the media covers sport to provide more visibility, more appropriate and more inclusive coverage of the outstanding women who are part of Canadian sports teams.

What do you hope to bring to this role?

It’s a great honour that my input continues to be valued – I’ve been involved in this struggle for a very long time. I’m also currently involved in two efforts that will hopefully inform this process. First, at the instigation of Premier [Kathleen] Wynne, the Ontario government created an advisory panel to look at Ontario sport policy with a particular emphasis on including girls and women. The premier got me to co-chair that, and as a result of those efforts, we created the new Ontario’s Action Plan on Advancing Opportunities for Women and Girls in Sport.

Secondly, I’m involved in the federal provincial territorial working group on women and sport, an overarching body created by federal, provincial and territorial governments to examine the challenges facing girls and women, and they appointed me to be co-chair. So along with one or two others in the working group, hopefully I can connect the work that’s been done at a fairly intensive level in the last couple of years to this new initiative.

What do you hope to see accomplished by this working group?

I’m hoping that we can advise Minister Duncan on how to make sure the money is used really well and go to the priorities that the activists in the sports community have already identified. My involvement in this group is an extension of the work that colleagues and I at U of T Scarborough and other parts of U of T have long done on issues of equity. Sport has always been my great love, and it’s great to have an opportunity to make it better.

Your time as U of T Vice President and U of T Scarborough Principal is soon coming to an end. Is this project a hint at the type of work you’ll be doing during retirement?

For the immediate time, I will be involved in the bodies I mentioned earlier as well as being the chair of the selection committee for Canada’s Sports Hall of Fame. I’m also still deeply involved in the fight against the sex test in international sport. We won the first round in the case of [Indian sprinter] Dutee Chand, but now the International Association of Athletics Federations (IAAF) has initiated a new discriminatory policy targeted against the brilliant South African runner Caster Semenya.

In the last few days, between meetings, I've spent most of my day working on that because that is a battle that still has not been won.