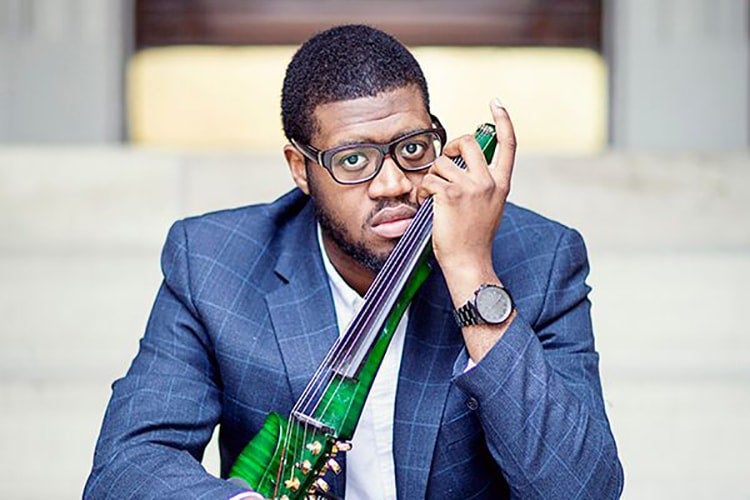 Andrew Forde, a PhD candidate in the Faculty of Applied Science & Engineering who is also a musician, entrepreneur and philanthropist, strives to challenge the status quo with his projects.

Now, the multi-talented artist is debuting a new musical composition he designed to reflect modern Canada. Called The Ideas of North, the concert will be performed on Friday at Koerner Hall.

Inspired by Glenn Gould’s iconic 1967 CBC radio broadcast The Idea of North, Forde decided to create a project about embracing something classic and wrapping it in a modern quilt of voices and instrumentation. Half a century later, Forde recognized that many of the original themes were still relevant to contemporary Canada.

“By using Gould's legendary radio documentary as the backdrop, I want to reimagine the North for a 21st-century, pan-cultural Canada,” says Forde. “I want to extend my search of self, of community, of those whose perspectives remain untold, and to take the lead from our Aboriginal sisters and brothers and share our collective stories.”

Forde began composing The Ideas of North nine months ago, and conceived of the work as unfolding in three parts, like a concerto. He reached out to friend and Juno-winning musician and performance artist Shad to write the lyrics.

“The Shad we hear on this song is nothing like the Shad of past,” says Forde. “We discussed the philosophy of the track extensively, and what it was meant to conjure, what message we wanted to get across. Like Gould, Shad created a performance like we have never experienced from something as familiar as rap.”

Read a CBC story about Forde's The Ideas of North

Born and raised in Toronto by parents who arrived from the Caribbean, Forde grew up immersed in the city’s multiculturalism. He started studying violin as a child, a passion he maintained throughout his studies in U of T Engineering. This balance between arts and engineering strengthened both abilities, he says – the rigour and wonder he found in engineering influenced his music, and the creativity of his compositions enriched his engineering design thinking.

“I can create compositions methodically, by picturing where it is I want to end up, what I want the listener to feel, and then constructing harmonies and melodies that deliver on that promise,” says Forde. “It’s a ‘first principles’-based approach every time I write something new, and I am sure that it comes from the engineering side of my being. I can truly think outside the box because the box itself does not exist.”

This multi-faceted approach, along with Gould’s initial work, led to the creation of The Ideas of North. The performance is collaborative, interactive and communicates a responsibility to shift consciousness, to instigate conversation, and to have safe opportunities to reconcile differences, says Forde.

When he takes to the Koerner Hall stage on Friday, he will bring Iskwé, an Indigenous singer-songwriter, and teenage trumpeter and pianist William Leathers, along with Shad, who will appear via a video recording.

​Tickets for The Ideas of North are available online and through The Royal Conservatory of Music.