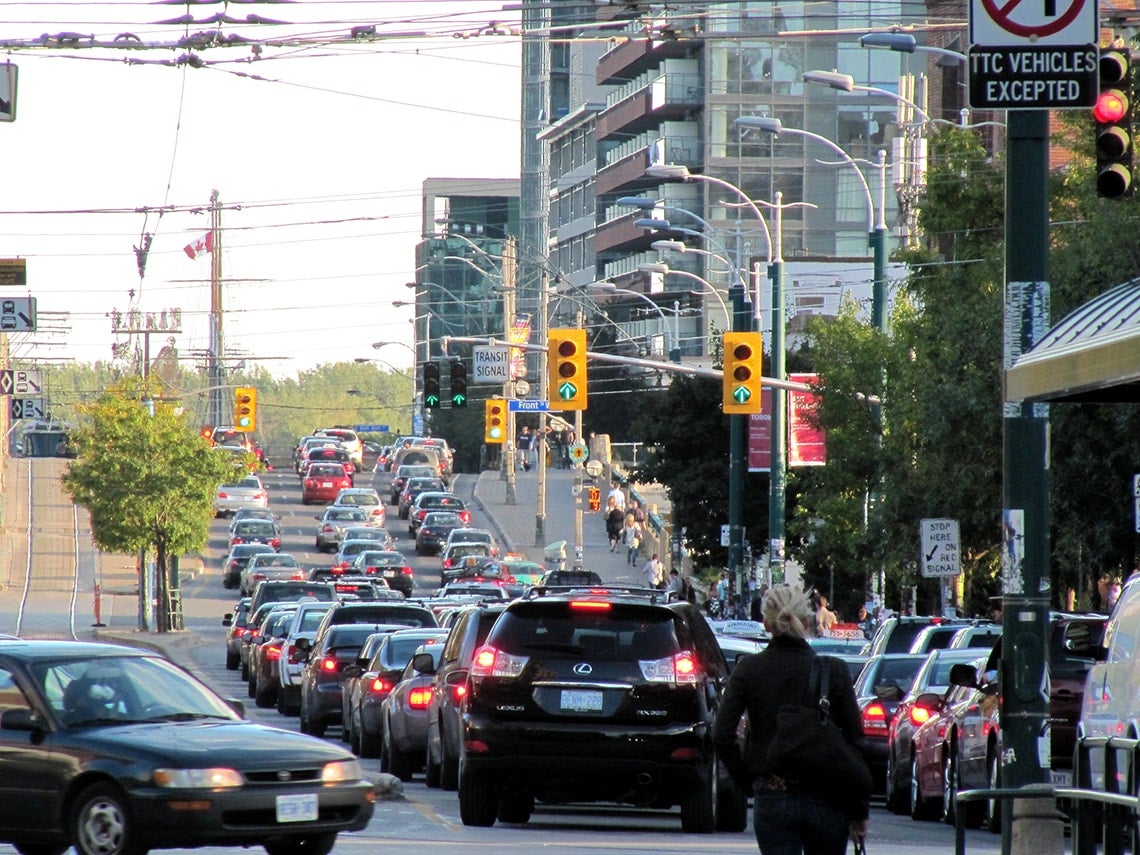 Researchers from U of T's Dalla Lana School of Public Health are part of an international team that has found a link between people living close to high-traffic roadways to greater risk of dementia.

Published in The Lancet, the study found that people who lived within 50 metres of high-traffic roads like Ontario’s Highway 401 have a seven-per cent higher likelihood of developing dementia compared to those who lived more than 300 metres away from busy roads.

Researchers from the Dalla Lana School of Public Health, Public Health Ontario (PHO) and the Institute for Clinical Evaluative Sciences (ICES) examined records of more than 6.5 million Ontario residents, ranging in age from 20 to 85, to investigate the correlation between living close to major roads and dementia, Parkinson’s disease and multiple sclerosis. 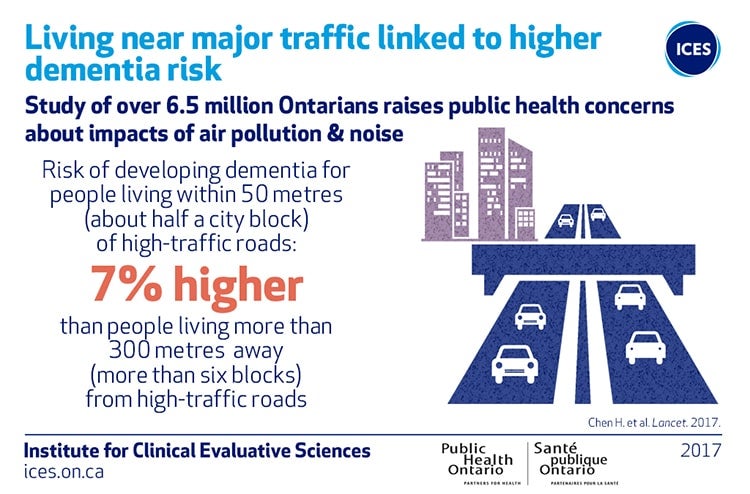 Scientists identified 243,611 cases of dementia, 31,577 cases of Parkinson’s disease, and 9,247 cases of multiple sclerosis in Ontario between 2001 and 2012. In addition, they mapped individuals’ proximity to major roadways using the postal code of their residence. The findings indicate that living close to major roads increased the risk of developing dementia but not Parkinson’s disease or multiple sclerosis.

“Little is known in current research about how to reduce the risk of dementia,” said Hong Chen, assistant professor of occupational and environmental health at the Dalla Lana School of Public Health. “Our findings show the closer you live to roads with heavy day-to-day traffic, the greater the risk of developing dementia.

“With our widespread exposure to traffic and the greater tendency for people to live in cities these days, this has serious public health implications.”

“Our study is the first in Canada to suggest that pollutants from heavy, day-to-day traffic are linked to dementia,” said Dr. Raymond Copes, a co-author on the paper who is the associate professor of occupational and environmental health at U of T and chief of environmental and occupational health at Public Health Ontario.

As urban centres become more densely populated and more congested with vehicles on major roads, Copes suggests the findings of this paper could be used to help inform municipal land use decisions as well as building design to take into account air pollution factors and the impact on residents.