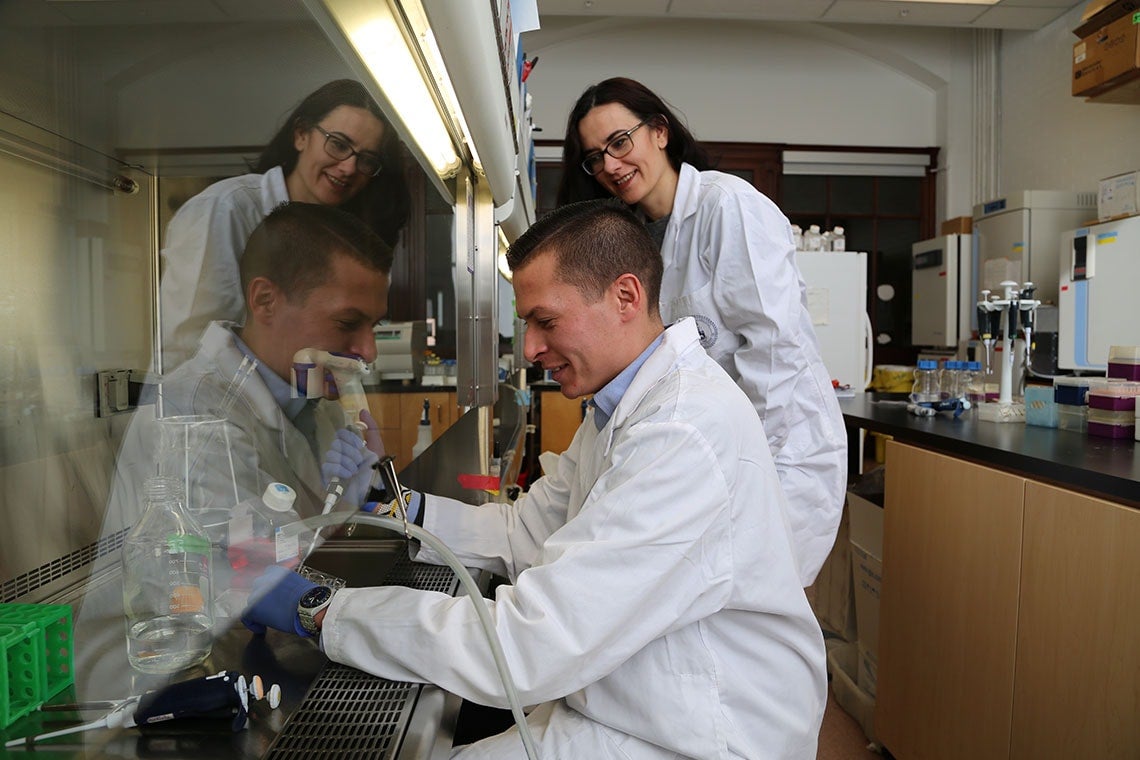 Time may not heal all wounds, but a proprietary mix of peptides and gel developed by U of T researchers heals most.

A team led by Faculty of Applied Science & Engineering Professor Milica Radisic has demonstrated for the first time that a peptide-hydrogel biomaterial prompts skin cells to “crawl” toward one another, closing chronic, non-healing wounds often associated with diabetes such as bed sores and foot ulcers.

“We were happy when we saw the cells crawl together much faster with our biomatieral, but if it didn’t work with diabetic cells, that would have been the end of the story,” says Radisic. “But even the diabetic cells travelled much faster – that’s huge.”

Until now, most treatments for chronic wounds involved applying topical ointments that promote the growth of blood vessels to the area. But in diabetic patients, blood vessel growth is inhibited, making those treatments ineffective. Radisic and her team have been working with their special peptide – called QHREDGS or Q-peptide for short – for almost 10 years. They knew it promoted survival of many different cell types, including stem cells, heart cells and fibroblasts (the cells that make connective tissues) but had never applied it to wound healing.

“We thought that if we were able to use our peptide to both promote survival and give these skin cells a substrate so they could crawl together, they would be able to close the wound more quickly,” says Radisic. “That was the underlying hypothesis.”

Radisic and PhD students Yun Xiao and Lewis Reis compared the Q-peptide-hydrogel mix to the commercially available collagen dressing, to hydrogels without the peptide and to no treatment. They found that a single dose of their peptide-hydrogel biomaterial closed the wounds in less than two weeks. Their work was published in the journal Proceedings of the National Academy of Sciences.

The multidisciplinary team worked with Covalon Technologies Ltd., a company dedicated to the research and development and commercialization of novel health-care technologies, on this project. Covalon’s chief scientific officer, Val DiTizio, has been leading the partnership with Radisic’s group for about three years, and contributed its collagen-based wound-healing dressing, ColActive, as one of the controls.

“We believe strongly in keeping abreast of new technologies being developed in academia,” says DiTizio, who is also working with Radisic on a bone-regeneration project. “Collaborations such as this one inform our future research directions and help make our products better.”

This finding could have big implications for many types of wound treatments, from recovery after a heart attack to healing post-surgery. Accelerated healing times also introduces the added benefit of reducing the opportunity for infection, says Reis.

“One of the biggest challenges with the work was convincing our peers that the results we were getting were indeed true as they were staggering, even to us,” he says. “Being confident in our methods and diligent in our research and analysis prevailed in the end.”