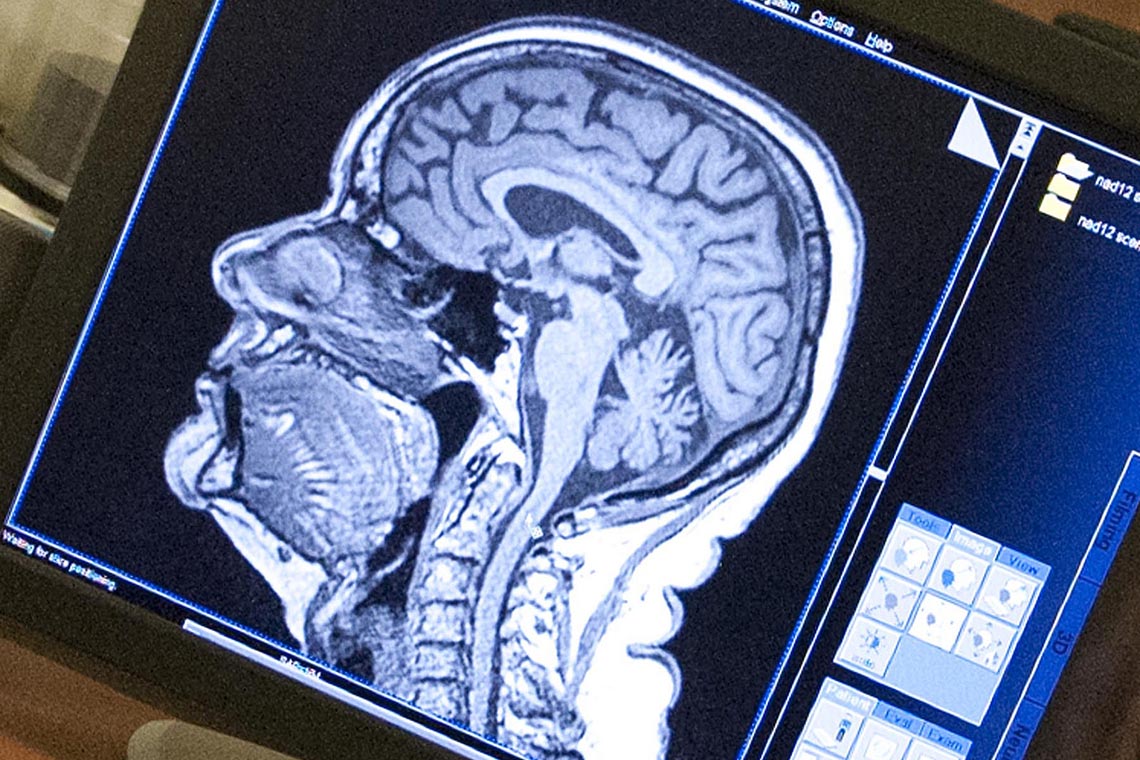 A team at the University of Toronto's Medicine by Design has combined the latest genomic technology with machine learning in a new study that sheds light on brain stem cells, providing insights that could one day help the brain heal itself.

“This research tells us more about how adult neural stem cells are formed in the brain, which is vital for developing future medical treatments for brain and nervous system injuries,” says Gary Bader, one of the authors and a professor of computer science and molecular genetics at U of T's Donnelly Centre for Cellular and Biomolecular Research.

The paper, published in a recent issue of Cell Reports, describes how stem cells in the adult brain arise from their parent cells in the developing cortex, the outer layer of the mammalian brain responsible for cognitive function.

Equipped with a powerful new technology called single-cell genomics, Bader and collaborators Freda Miller and David Kaplan, both senior scientists at the Hospital for Sick Children (SickKids) and professors at U of T’s department of molecular genetics, compared detailed molecular profiles of brain cells in the developing and adult mouse brain. This allowed them to pinpoint when during development cortical stem cells acquire their life-long identity and are set aside so they can contribute to learning, memory and tissue repair in adulthood.

Besides providing a road map for how the brain forms, the researchers believe the findings also hold clues for how to awaken stem cells to boost tissue repair.

“Many tissues in the body can repair themselves, but the brain does not do a good job of that,” says Bader. “The more we know about how stem cells help build the brain during development, the easier it will be to recruit them to fix injured brains,” he added.

If successful, this approach could lead to new treatments for acquired brain injuries and diseases such as Parkinson’s, and even reverse the effects of aging on the brain.

Researchers everywhere are racing to harness stem cells – cells that can self-renew and create specialized cells – to repair tissue damaged by disease and wear and tear. One approach is to use stem cells to grow transplant tissue in a dish. But researchers such as Bader are also looking at another option: enlisting the body’s resident stem cells to heal the tissue from within.

Bader is leading an interdisciplinary team of neuroscientists, computational experts, engineers, chemists and physicists from a dozen other labs who are combining the latest technologies in genome sequencing, data analysis and cell culture to shine new light on how the brain forms. Their project is one of 19 collaborative team projects Medicine by Design is funding as part of its mandate to accelerate regenerative medicine breakthroughs and translate them into new treatments for common diseases.

The collaborative approach appears to be bearing fruit. In just over a year since the project began, the team has collected – and made sense of – hundreds of times more data than was possible five years ago.

The University of Toronto is committed to the highest safety standards in its laboratories. Laboratory activities depicted in this video were simulated, and therefore personal protective equipment (PPE) shown is appropriate for the purposes of filming, but not necessarily sufficient for the research activities shown. If you have questions regarding PPE requirements used when actual lab work is being conducted, please visit the University of Toronto’s Office of Environmental Health and Safety.

Often described as the most complex structure in the universe, the human brain is made up of 100 billion nerve cells, or neurons, which connect to other neurons by way of fine cellular tentacles to form 14 trillion connections. Nerve impulses flow through this cellular maze, underpinning everything we do and feel.

But stroke or brain diseases can irreparably damage portions of the brain, along with a person’s ability to move, speak or remember.

It was long thought the brain had no means to renew itself. That view slowly began to shift in the 1960s when newly born neurons were first spotted in adult rodent brains. But it was not until the 1990s that adult neural stem cells were discovered and shown to be the source of new cells.

However, crucial questions remain: Where do adult stem cells come from? Are they the same as the ones in embryos? And, most important, can they be coaxed to regrow parts of the brain as needed? In a developing brain, neural stem cells divide rapidly, giving birth to cells that will become dozens of types of neurons and glia, cells that help organize and maintain neural circuits in the brain. Shortly before birth, cell production begins to lose steam, with fewer cells and fewer types of cells being born, as was revealed by the team and others. By adulthood, these processes all but grind to a halt, with only small numbers of certain types of cells being generated.

“A subset of cortical neural stem cells persist into adulthood,” says Miller. “Then they just kind of sit there and wait until they are used later on,” she says.

In the adult mouse brain, cortical stem cells can remain idle for months – a long time for mice, which live for about two years. Miller said that humans, too, have stem cells in this region throughout their lives, which can sit dormant for years.

Cell birth is orchestrated by chemical cues swapped between stem cells and their neighbours. Focusing first on mouse brains, and later on cultured human brain tissue, the Medicine by Design team plans to uncover molecules such as growth factors that tell stem cells to make neurons and glia in the hope of using them one day as medicine to boost brain repair in adults.

At the heart of the project is single-cell genomics technology, which detects RNA molecules – copies of genes that are switched on – in a way that bar codes each cell and all its RNA. This gives researchers a complete picture of which genes are switched on in thousands of individual cells within a tissue.

The technology allowed the team to pick out stem cells, which are extremely rare. With older methods, which were more suited to bulk analysis, rare cell types would often end up diluted in a jamboree of cells and consequently missed.

“Single-cell genomics has been like a revolution for developmental biologists,” says Miller. “Before, we could look at one to three genes at a time, and now, all of a sudden, we have complete genetic fingerprints for each one of these cells – it’s like a gold mine.”

Kaplan added that the identification of the genetic fingerprint of adult stem cells will enable the Medicine by Design team and others to better track these cells in the adult brain and decide how to mobilize them to repair the injured brain.

Trevor Pugh, at the Princess Margaret Cancer Centre at University Health Network and an assistant professor in the department of medical biophysics, has led development of a hub for single-cell genomics within the Princess Margaret Genomics Centre, with managers Troy Ketela and Neil Winegarden. Together with Michael Wilson, a scientist at SickKids and an assistant professor at the department of molecular genetics, these go-to U of T experts in single-cell technology are instrumental in making cutting-edge methods available across the project team.

Also on the team is Michael Moran, a senior scientist at SickKids and a professor at the department of molecular genetics, who is developing ways to detect minute levels of proteins – products of genes that current methods miss.

The deluge of data is keeping four computational teams busy. In addition to Bader, Lincoln Stein, head of adaptive oncology at the Ontario Institute for Cancer Research and a professor at the department of molecular genetics, is mapping molecular pathways in brain cells; Quaid Morris, an associate professor at the Donnelly Centre and in the department of molecular genetics, leads work on reconstructing brain cells’ “family trees” to reveal the order in which they are born; and Michael Hoffman of the Princess Margaret Cancer Centre and the departments of medical biophysics and computer science is looking at how DNA is packaged inside cells.

The data so far suggest that stem cells remain largely unchanged throughout development and adulthood. This finding, along with those from other labs, could mean that stem cells lose their regenerative capacity not because they become flawed over time, but because something in their environment has changed. In other words, if stem cells are the seeds of tissue renewal, then their ability to grow may depend on the soil they are in.

Stroke injury can trigger adult stem cells to rebuild the tissue ­– in rodents, at least – as team members Cindi Morshead, a professor at the Institute of Biomaterials & Biomedical Engineering and chair of the division of anatomy in the department of surgery, and Derek van der Kooy, a professor at the department of molecular genetics, and others have discovered. Although the brain’s natural ability to heal falls short of repairing most types of damage, it sparks hope that it could be boosted. To this end, van der Kooy is investigating what types of cells can be grown from adult brain stem cells. Once new growth factors have been identified, their ability to rejuvenate adult stem cells will be tested on a miniaturized cell culture platform – a so-called “lab on a chip” – developed by Professor Aaron Wheeler of the department of chemistry, in collaboration with Morshead.

The research is also shining light on a more fundamental question that humans have long scratched their heads about: What is it about our brain that makes us the smartest animals on the planet?

“The question of how the brain forms is so basic but at the same time we don’t know enough about it to, for example, engineer aspects of it,” says Sidhartha Goyal, an assistant professor in the department of physics. “People were asking this same question 100 years ago, but now we may have the tools to address it. And we have this huge deluge of data which lots of different people are going to think about in different ways.”

A physicist by training, Goyal was attracted to the project by the richness of genomic data that’s been blurring the line between life sciences and classical quantitative fields. He is building mathematical models that can predict from gene expression profiles what a cell looks like and what type of cell it may become, a long-standing goal in biology that proved elusive because the right data was not available.

Brendan Innes, a PhD candidate in Bader’s lab tasked with analyzing the data and presenting it in an easy-to-use format, likes being part of something bigger. “The nice thing about Toronto is that there’s a lot of expertise and interest in doing the best science and it’s really neat being able to interact with all these different researchers across the city,” he says.

Medicine by Design is made possible thanks in part to a $114-million grant from the Canada First Research Excellence Fund, the largest single research award in U of T’s history.