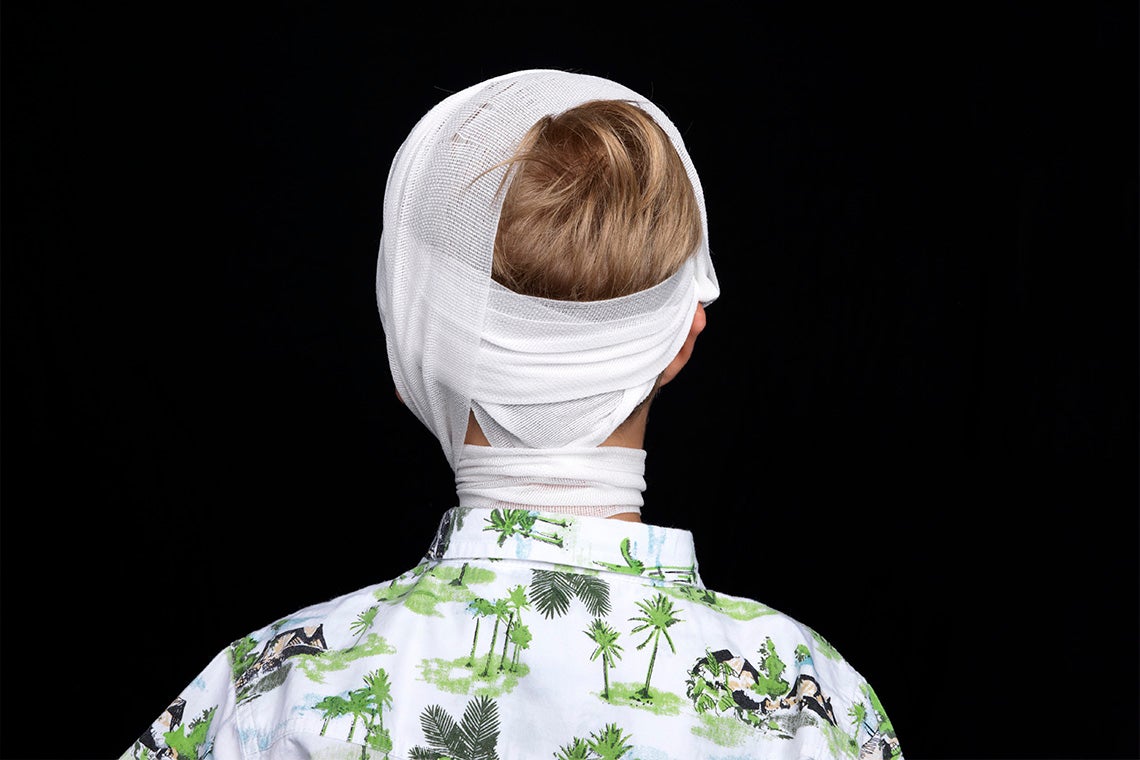 University of Toronto researchers used a novel data-mining approach to uncover the most common medical problems affecting people in the time before they suffered a traumatic brain injury (TBI). The results can be used to better predict and prevent these life-altering incidents.

Professor Michael Escobar, a biostatistician at the Dalla Lana School of Public Health, and researchers from the Faculty of Medicine and University Health Network, looked at the health records of almost 240,000 Ontario residents who fell, were struck by or against objects, were assaulted, got into a motor vehicle collision or otherwise suffered brain injuries.

The researchers sliced and diced the data, studying different time periods, including the five years before injury, and found some interesting patterns in health status that distinguish people with TBI from those who entered health-care services for reasons other than brain injury. Patients studied were individually matched based on age, sex, income level and place of residence. “I was amazed at the numbers of people that had environmental exposure to gases and fumes, electrical currents, sharp objects, machinery and the cold in the five years before their traumatic brain injury,” says lead author Tatyana Mollayeva (pictured left), a post-doctoral researcher in the Acquired Brain Injury Lab at U of T and the Toronto Rehabilitation Institute-UHN.

“Our results bring attention to the link between exposure to occupational and other environmental hazards and subsequent critical injuries.”

Neurotoxicity from prescription drugs was another important link to brain injury, says Mollayeva. “Neurotoxic effects can mimic TBI symptoms, especially in the milder spectrum of severity, which adds complexity to the diagnosis of TBI.”

Research shows two of the most common groups to suffer serious brain injury are older adults who fall and young people, who are at an overall greater risk of injury because of heightened risk-taking behaviours. The research bolstered a long-held hypothesis that the factors associated with injury are multiple, complex and interdependent.

“TBI is a curious injury because it’s very heterogeneous,” notes Escobar. “It affects elderly women who fall, young hockey players, all kinds of people who get into car crashes. So we need a lot of data, and very sophisticated means of analyzing it to help identify the range of people at risk. In this study, we used an interesting variety of tools, from psychometrics to classical epidemiology to genomics to machine learning.”

The team’s results were published in Nature’s open-access journal Scientific Reports earler this month. The researchers hope their findings, and tools such as big data, contribute to the use of precision medicine to identify and intervene those at high risk for a traumatic brain injury.

This study was supported by the U.S. National Institutes of Health.