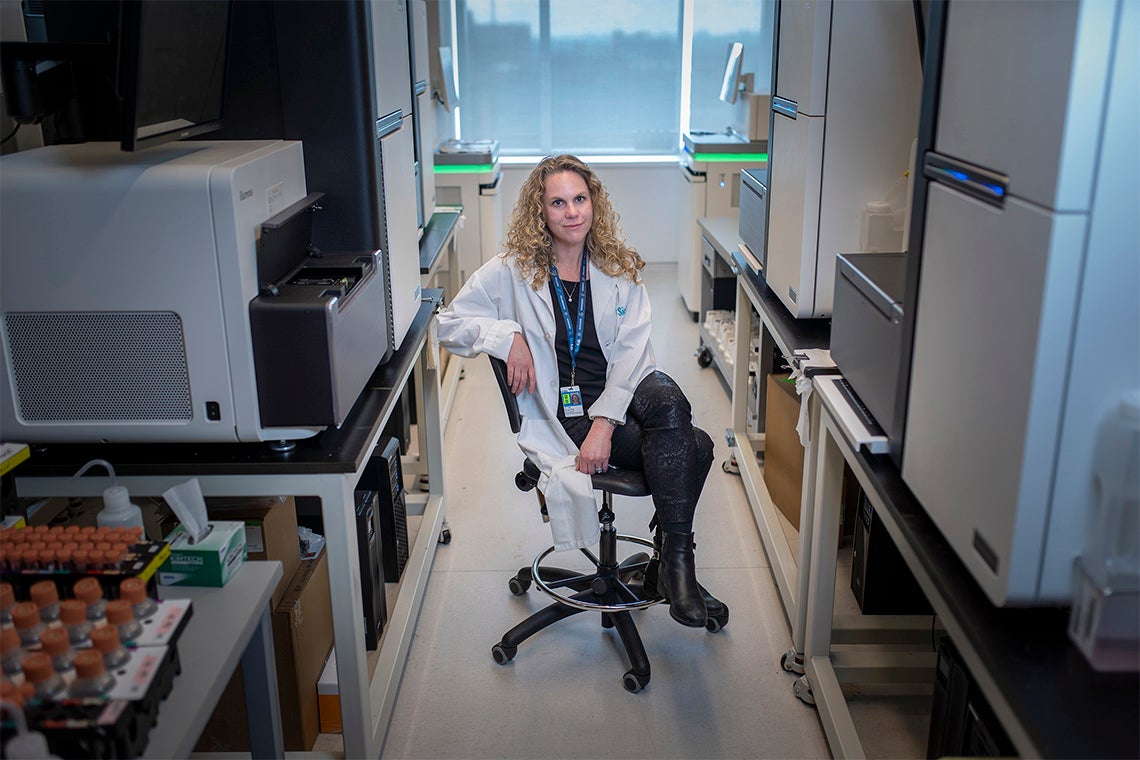 Lisa Strug, the scientific lead of the CGEn sequencing project, says there appears to be a genetic component to the coronavirus, which could explain why some families report similar experiences with the illness (photo courtesy of SickKids)

The global spread of COVID-19 has forced us to become familiar with terminology – from contact tracing to social distancing – most of us didn’t know a few months ago. Now, if the hunch of many scientists is correct, we are about to hear a lot about genome sequencing, too.

In search of a genetic explanation for why the novel coronavirus affects some people much more severely than others, the federal government has invested $20 million into a national project to sequence and analyze the genomes of 10,000 Canadians who have had COVID-19.

The project, part of a larger $40 million investment in the Canadian COVID Genomics Network, will be managed by CGEn, a federally funded national platform for genome sequencing, a complex process that, among other things, can help spot DNA mutations in individuals or groups that predispose them to certain illnesses.

“There seems to be a genetic component to this virus. You can see that in the individuals who have had the same level of exposure to the virus but respond very differently,” says Lisa Strug, associate director of The Centre for Applied Genomics (TCAG) at The Hospital for Sick Children (SickKids) and an associate professor in the department of statistical sciences in the University of Toronto’s Faculty of Arts & Science.

“That points to this idea that our genetics could impact our response to the virus and how some people can fight it off and some can’t. So, we need to know what are the genetic variations that are determining this variable response?”

“Researchers have looked at whether some of the symptoms being seen with COVID-19 run in families,” she says. “Some families are experiencing the virus in the same way – they all have mild symptoms, or all have very severe experiences. So it appears that there is some hereditary component. And that’s another piece of evidence pointing to genetics.”

Strug will work with scientists at CGEn nodes at U of T and SickKids, McGill University and at the University of British Columbia. CGEn will collect blood samples from 10,000 patients from across the country, of all ages and genders, who have COVID-19. The researchers will then extract the DNA from the samples, sequence and analyze it with sophisticated computing and statistical techniques and put all the clinical and genetic information in a protected database so researchers around the world can use it in their COVID-19 projects. A similar project is being conducted in the United Kingdom, which will involve about 20,000 patients.

“The large sample size is essential because there are likely different factors that contribute to the response to COVID-19 infection in different individuals and at different ages, and the more data we have, the greater the ability researchers will have to identify these,” says Strug. “There is a huge benefit in not just looking at one patient at a time, but across the population and across all genes.”

How will this information benefit research into the novel coronavirus? Strug says the results will be useful in identifying who is the most susceptible to COVID-19 and in understanding which genes scientists should be targeting when developing drugs to treat the virus and, ideally, a vaccine that will help control it.

There is also another major benefit of starting this massive, two year-long project immediately: data that can be used to protect ourselves from future illnesses. 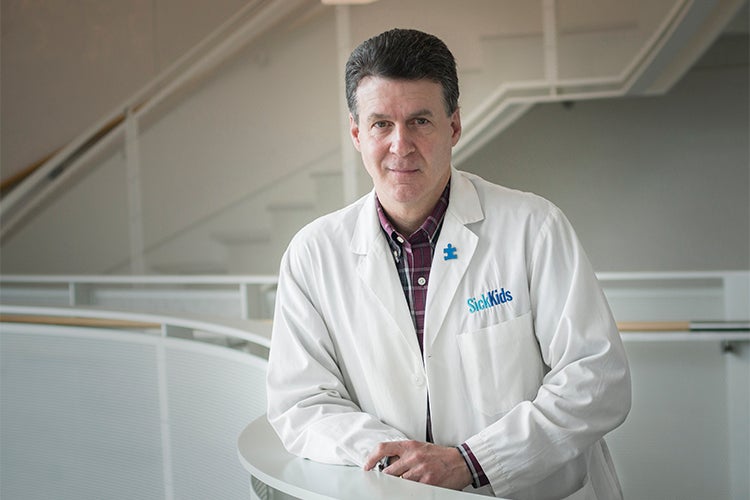 U of T’s Stephen Scherer, the lead principal investigator of CGEn, says the genetic information gleaned from the project can be used to help guard against future outbreaks (photo courtesy of SickKids)

“This is Canada’s first time doing a large-scale project like this,” says Stephen Scherer, TCAG’s director and a University Professor of molecular genetics at U of T.  “When global society moves past the COVID-19 pandemic, there will be another one.  All this genetic information will be extremely useful for that point in the future.

“We’re about to get an excellent genetic cross-section of the Canadian population. This virus has been destructive, but it is also forcing us to create new knowledge that we will be able to leverage for years to come.”

For example, knowledge gained from the SARS epidemic of the early 2000s has been useful during the current outbreak, according to Strug and Scherer. That’s because of the similarities between the two coronaviruses.

“That has helped the global research community be able to respond quickly to this new virus,” says Strug.

That said, genetic sequencing must deal with a huge amount of data.  The numbers are staggering – the human genome contains three billion base chemical units that code for about 25,000 to 35,000 genes, and this project will sequence 10,000 genomes.

Both scientists note that computing technology used for sequencing is far more advanced than even a decade ago. “The technology has become so sophisticated and affordable that we can propose to look at entire DNA sequences,” says Scherer. “In 2003, for SARS 1, we couldn’t do this.”

Scherer, who is the lead principal investigator of CGEn, a senior scientist at SickKids and director of U of T’s McLaughlin Centre, says he’s impressed with how the global research community has pivoted to focus on solving the COVID-19 puzzle.

“It’s amazing how scientists around the world have come together on this,” he says. “Just at U of T, there are researchers working on COVID-19 who I would have never predicted would be. I would say that 75 per cent of the people I’m talking with every day, now, are not the same people I was talking with eight weeks ago. But they have a specific technology or some useful knowledge that links in.

“That’s how scientific research needs to work to be effective: By bringing in a wide breadth of perspectives and specialists, cracking COVID-19 could become this generation’s moonshot.”